I had booked a late return flight (9pm out of CGK) thinking I was going to be at the installation site -- about an hour and a half's journey outside of Jakarta -- on the second day of my trip as well. Turns out we finished whatever needed to be done on site on the first day itself, and just needed follow up meetings with the client at their headquarters in town.
But then ... things went too smoothly and the meeting was concluded by 10.30AM !
I will surely go mad if I have to wait ten and a half hours for my flight home.
There's an Air Asia flight leaving for home at 2pm, which would get me home nice an early (as opposed to reaching home at 2:30AM). I decided my sanity was worth the price and cancelled my original return flight and bought a ticket on this flight.
I managed to do a web check-in on the way to the airport, only to receive an email 30 minutes later to say that the Air Asia flight was delayed by 1 hour and 20 minutes! 😥
I reached the airport, printed out my boarding pass at the kiosk at the Air Asia customer service office. I had no check-in luggage so went straight through immigration and got a place to sit, and managed to get some work done till my flight was called.
Boarded the plane, and had no issues with carry on luggage. I got the last seat available which was a window seat, but at this point I'm happy to just be on my way home.
It was only as we were taxiing to the runway that I recalled that there was a reason I didn't pick Air Asia for my return trip originally. And that was that I had left my car parked at KLIA 1 ... and Air Asia lands at KLIA 2 !
Looks like the last laugh is on me.
Anyway, it turns out you can just take the Express Rail Link / KLIA Transit between the terminals, for RM2. Quite convenient.
http://www.klia2.info/buses/bus-stop/klia 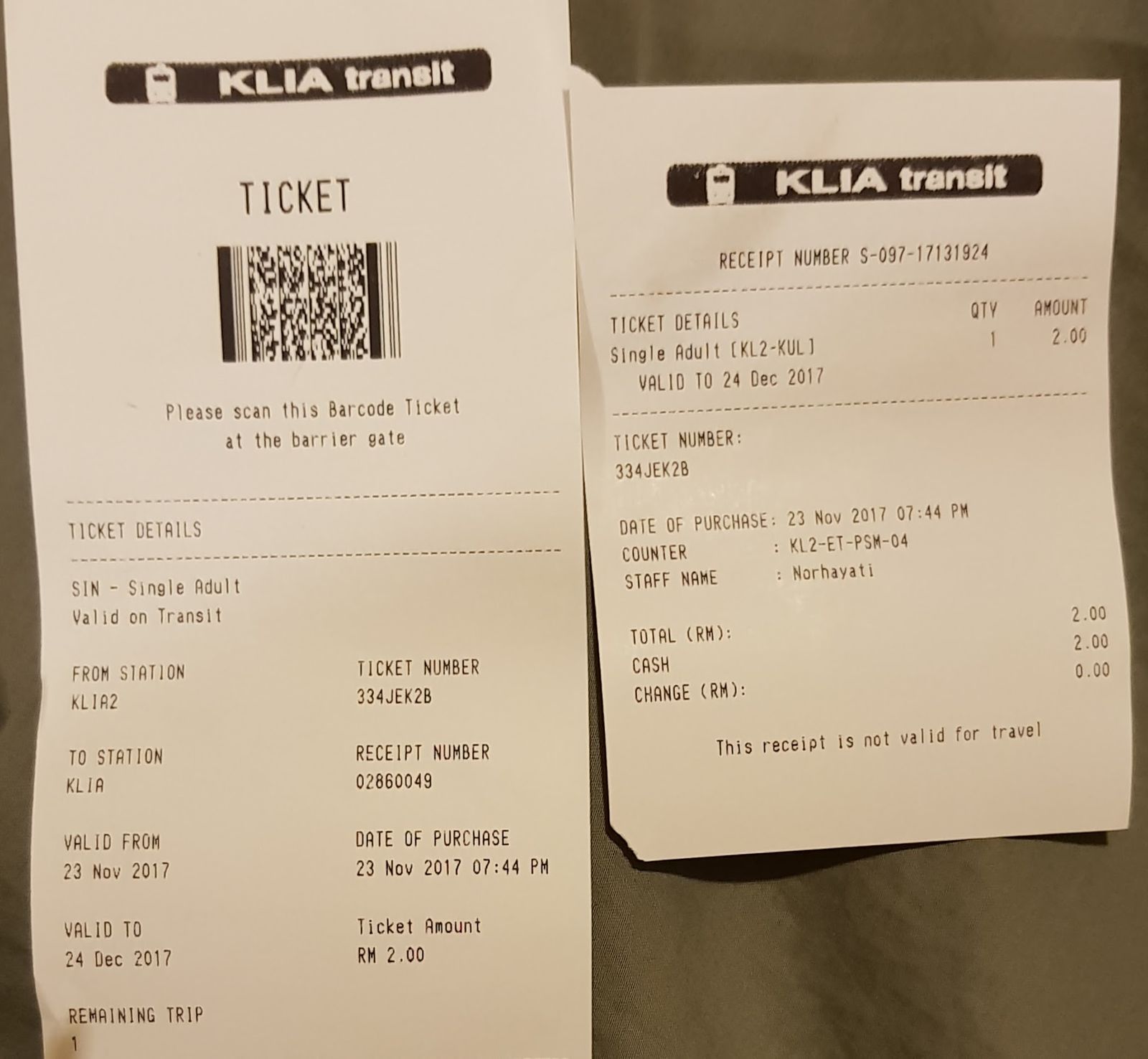