Earlier this year, I got a new PC running Windows for my Flight Sim. I still use my Ubuntu Desktop PC/Server which I use for everything else, but some flight sim some stuff are Windows only and so ... ! Both PCs are wired to my triple monitors, and I can switch monitors over by selecting the appropriate inputs on each monitor.
Sound was an issue however, as I only had one set of speakers. At first, I tried connecting the output of the windows PC into my Linux PC's Line Input. This way I could have both PCs output "mixed" together. That didn't turn out too well, as there was a hum from the second PC when connected to the first, and also the on-screen controls not on-screen when I needed them to be.
Since I didn't really need sounds from both PCs playing simultaneously, I made a simple audio switch: 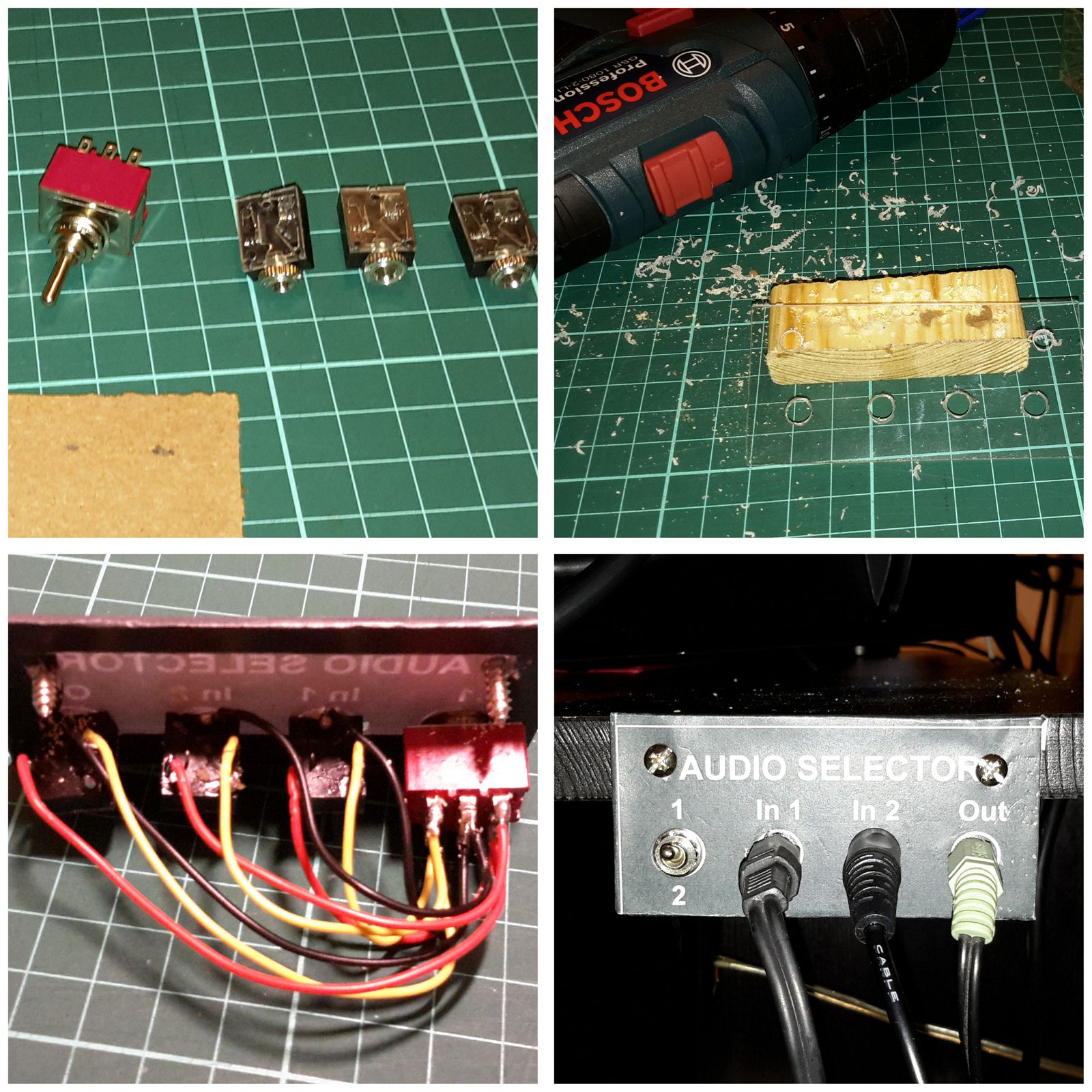 Now I can switch audio between the two PCs with the flick of a switch.
Diy
comments powered by Disqus