My dad uses a folio-style case on his mobile phone, so as to protect not just the body of the phone but also the front screen. A downside of this is that the Galaxy Note 3 with such a case is too big to fit inside any car phone holder. So each time he needs to use Waze while driving, my dad would need to remove the phone from the case, and replace it back again after he's reached his destination. This is all too much work so it is time for the 3D Printer to come to the rescue ...
We rummaged through a drawer of old car phone holders, and found one from my original Note 1 (N7000) that seemed like it could be adapter. It's ideal because the part that holds the phone can be detached from the base -- this is a common design for car phone holders. I planned to reuse the base and 3D print a new holder. 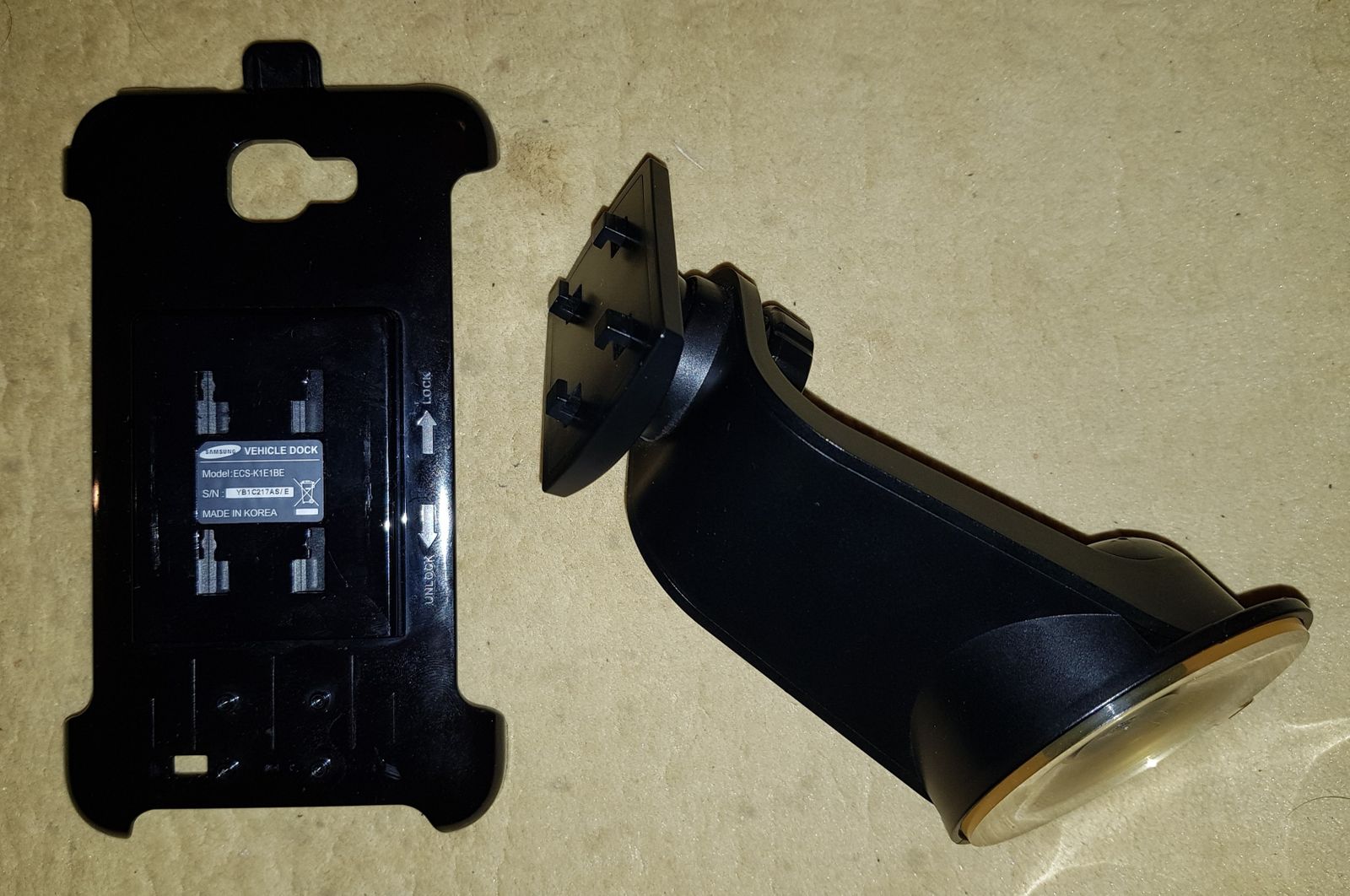 I started by modelling the back panel and the part where the base hooks into: 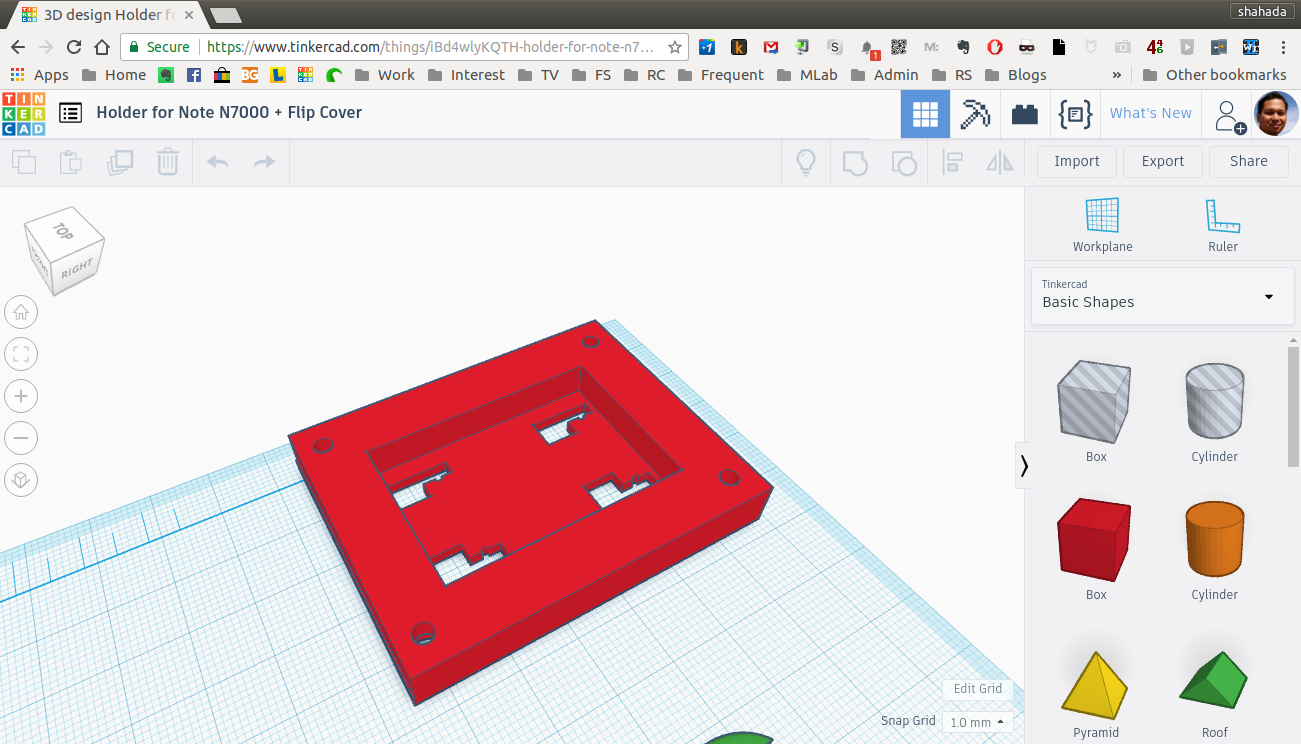 I then designed something to hold the phone, with the idea of using m3x10 screws to attach the two pieces together. 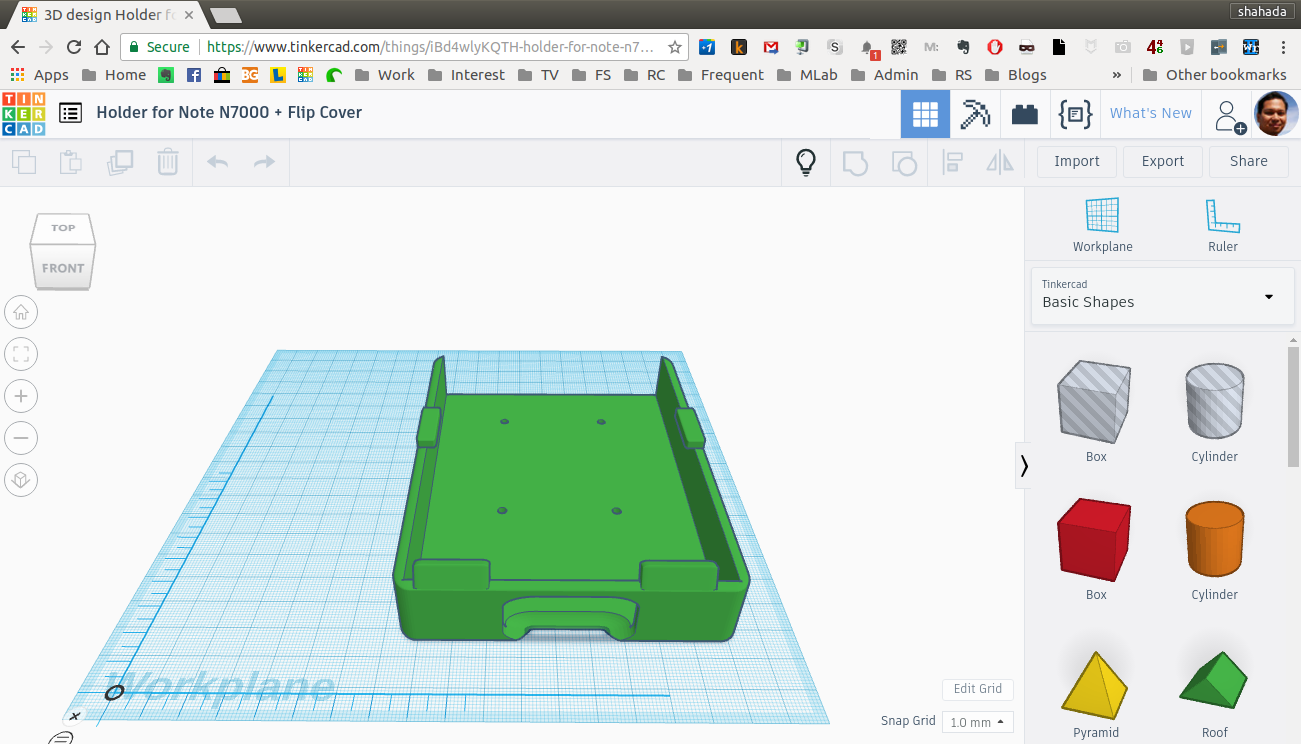 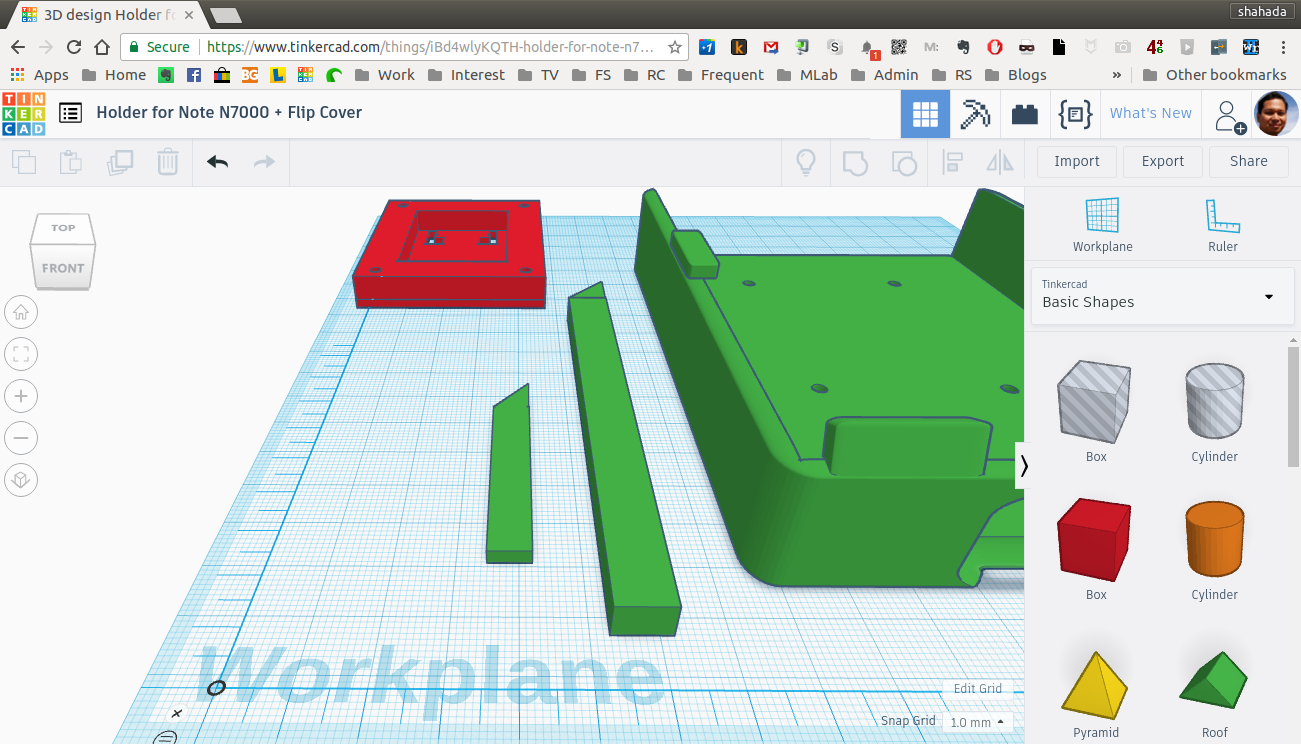 I didn't want to reprint the entire holder, so I super-glued to the sides of the case. Since I was using superglue anyway, I left out the screws and just glued the bit with the mounting holes to the back of the holder. 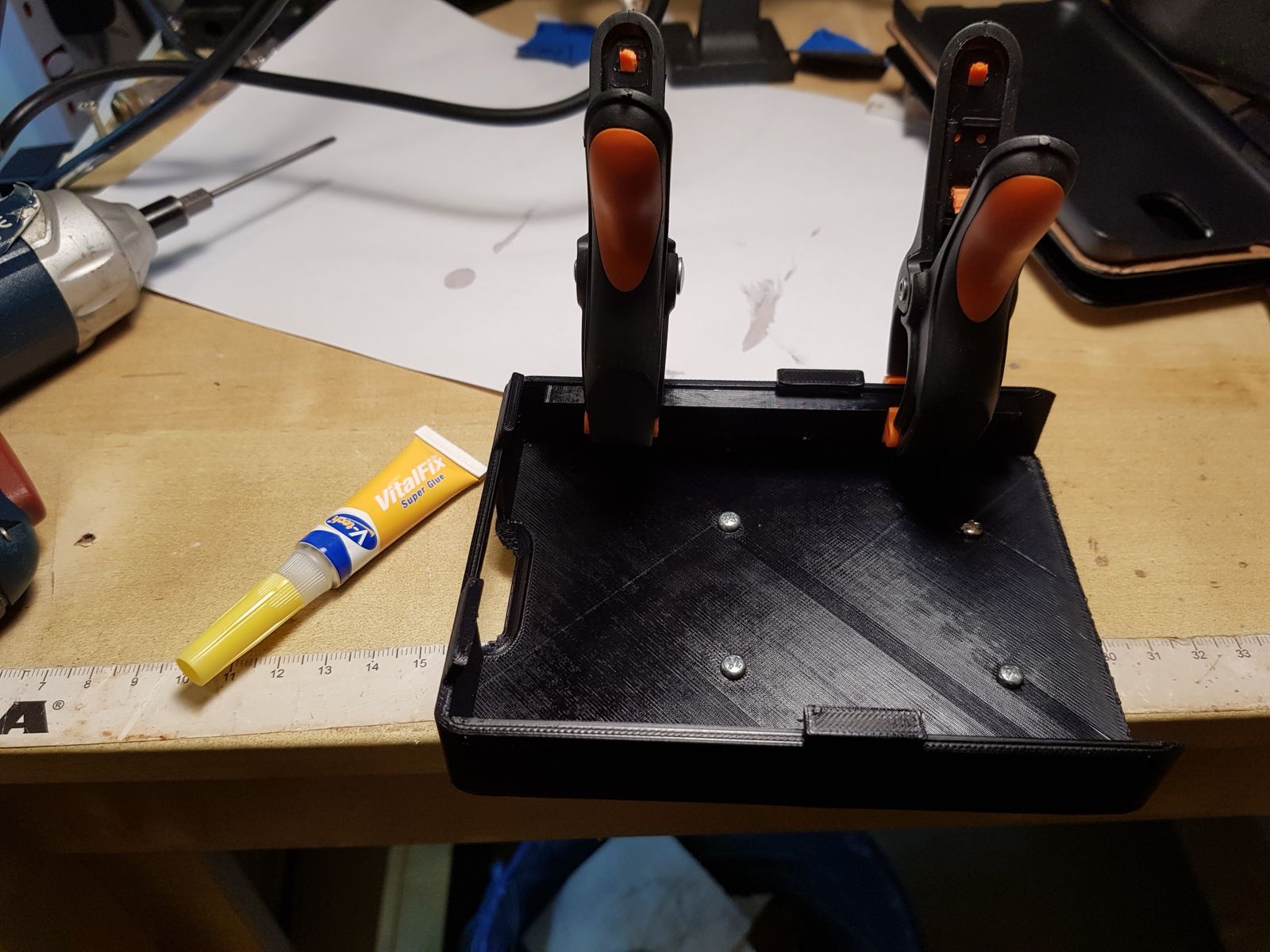 The base attaches perfectly to the mount: 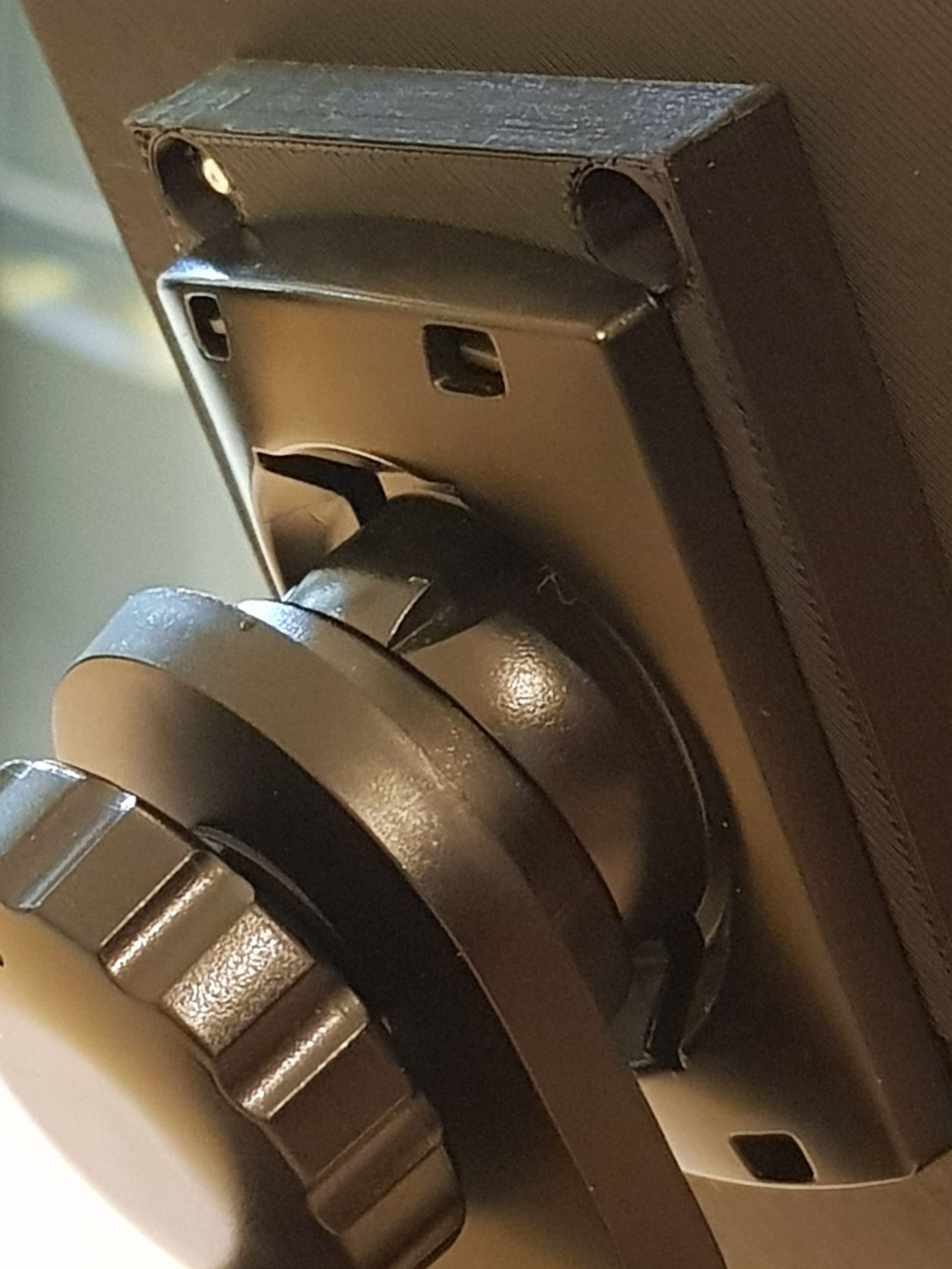 Here are some more pictures, with the phone case in place: 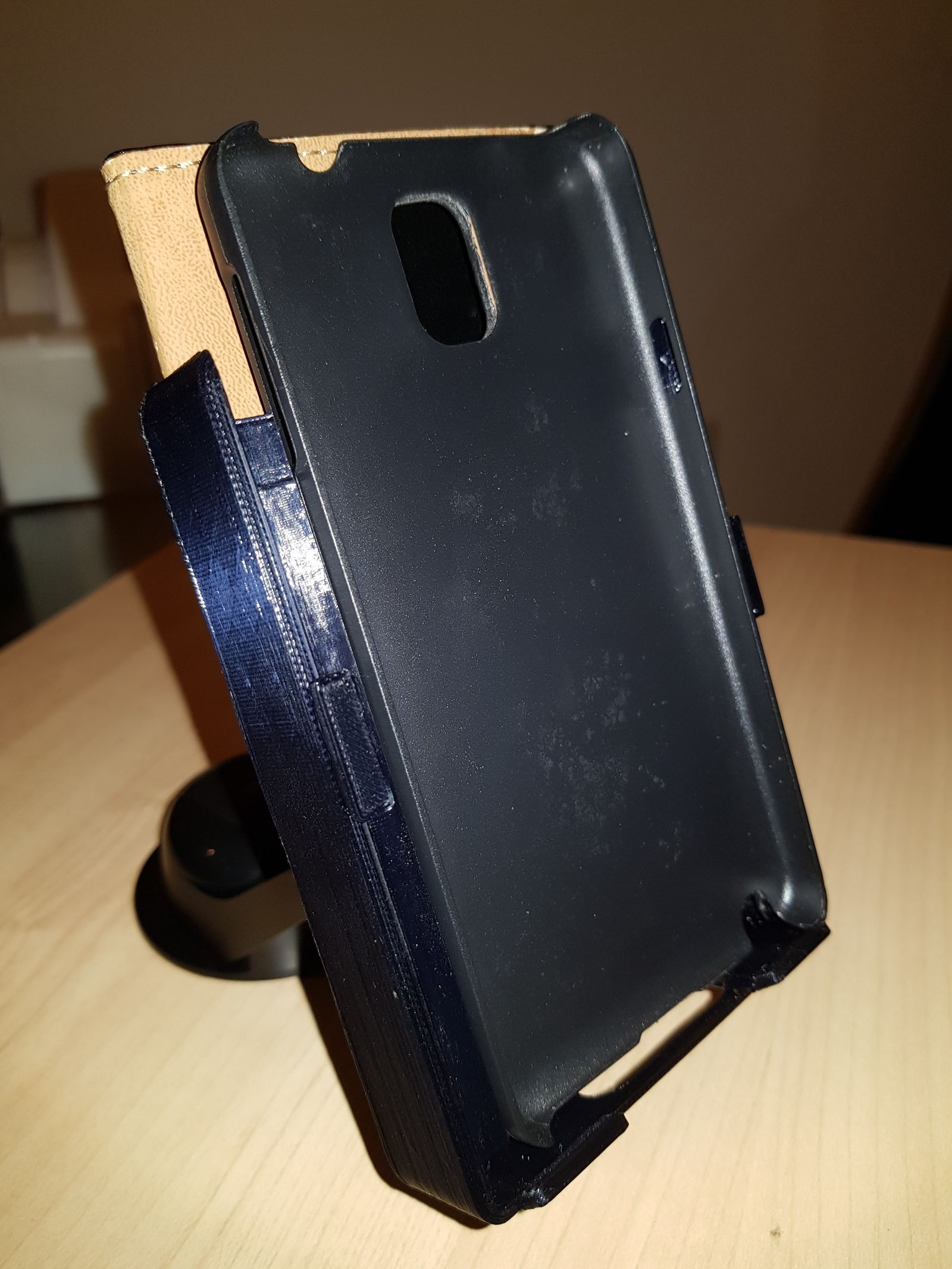 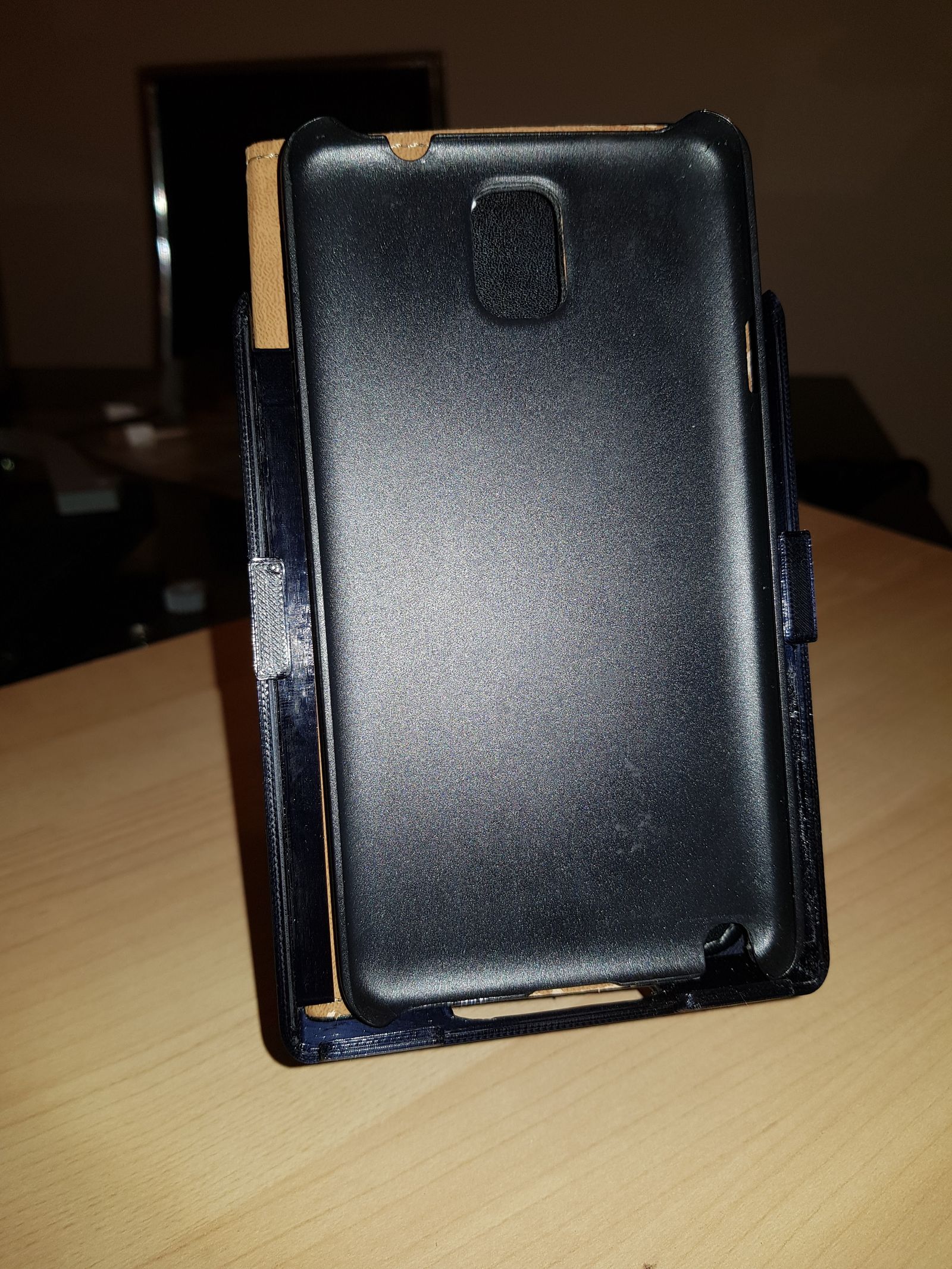 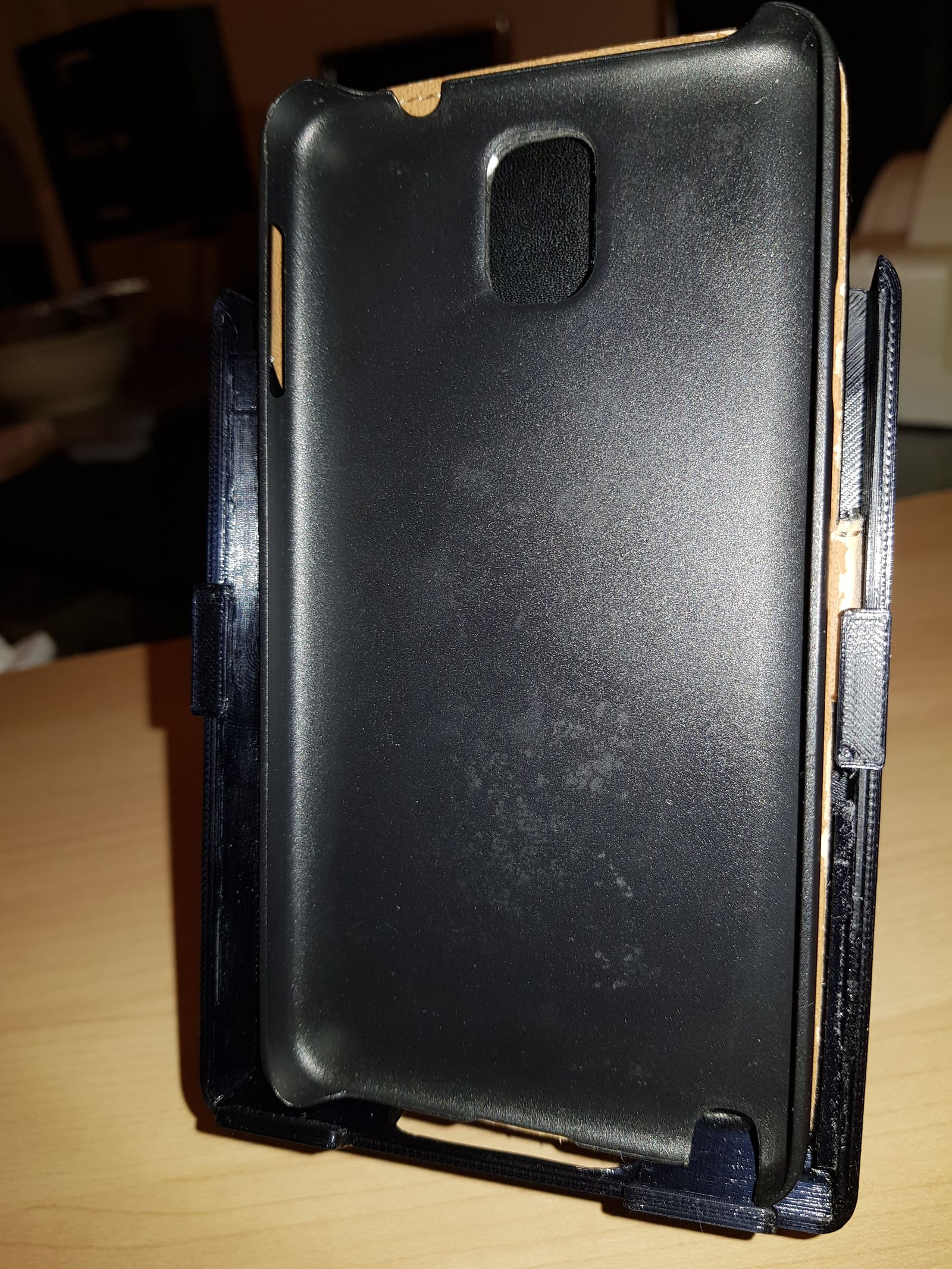 I printed it in PLA; I'm not sure if this will stand the heat under a car's windscreen ... if it fails I'll have to buy some black ABS and re-print it.
3Dprinting
comments powered by Disqus