So I get to the check-in counter, and make the mistake of heaving my backpack off my back.
Now I've recently subscribed to the "travel lite" school of air travel and just squeeze everything I need for a 3D2N trip into my backpack, and travel without any check-in luggage. It's liberating to not have to deal with lugging a suitcase all over the place.
Check in goes smoothly -- until the check-in staff asks if they can weigh my backpack. It turns out I'm 2kg over the limit which is 7kg.
Now for the record, I'd just like to state that is the same stuff I've travelled with before, which didn't weigh that much.
Also I totally understand that if you're going to charge for check-in weight allowance, you will want to strictly enforce the carry-on weight limit passengers are allowed. it's a revenue loss otherwise. But this particular airline gives 20kg free check-in allowance. So it's not like it makes that much difference to them. I'm actually freeing up more space in their luggage hold (more space for their cargo division), and reducing the workload of their baggage handlers, and also reducing the time it takes for other passengers to get their luggage.
I also totally understand if it's an oversized carry on bag. I've seen people struggle to get their huge pull-alongs through the aisles and into the overhead bins, and generally cause a nuisance to everybody else. But this is ... a laptop backpack.
"Can you remove some items?" she asks.
"And then what?" I reply. I could dump some stuff in my car which I've parked at the airport, but there isn't really much I can do without, and I'm certainly not going to volunteer this information.
"Do you have a separate bag you can carry it in?" she says.
Huh?
"Just hand carry it past immigration ... otherwise they may stop you."
Since when has the immigration department been so concerned about carry on limits?
Now I've also recently started packing into my backpack a Bag Of Essential Items That I Will Need Onboard While My Backpack Is In The Overhead Storage Bin. Stuff like my phone, earphones, a pen, my passport, kindle, sweets, money. The idea is that when you get to your seat, you take this out of your backpack and pop it into the Seat Pocket In Front Of You, and you're all set. And during the flight, if you take things out of it, you also put it back into the bag, rather than into the seat pocket. It reduces the chances of things getting left behind. And makes exiting much simpler too, just grab the bag (and your backpack in the overhead bin) and go. Also if there is a need for an emergency evacuation this is an easy thing to grab, and you will probably want that stuff with you in such a situation.
Now I've also started keeping my powerbank in the Bag of Esse-- oh let's just call it the BOEITIWNOWMBIITOSB. Not that I need my powerbank inflight (I don't think it's a good idea to charge stuff in-flight) but I just think it's safer where I can keep an eye on it. When you think of the amount of energy these things hold and how rapidly the said energy can be released when things go wrong (i.e. big boom!), you start having a lot more respect for how they are treated.
So I take out the BOEITIWNOWMBIITOSB from my backpack.
"now it is ok" she declares.
Huh? I'm 2kg overweight, take out a at most 700g of stuff, and now it is ok?
Whatever.
After the check-in counter I pop the BOEITIWNOWMBIITOSB back into my backpack and have no problems the rest of the journey. Meanwhile, you should see some of the huge pull-alongs some of the other passengers have brought with them. Bah.
Unfortunately, in all the hassle I forgot to ask for an aisle seat. I mean I'm pretty sure I chose one when booking, but somehow I've ended up at the window, beside the engine (i.e. the thing with the the 14,000+RPM spinning fan blades -- not particularly a seat I would have chosen). The windows are also quite filthy so there isn't much point in taking photos.
#rant 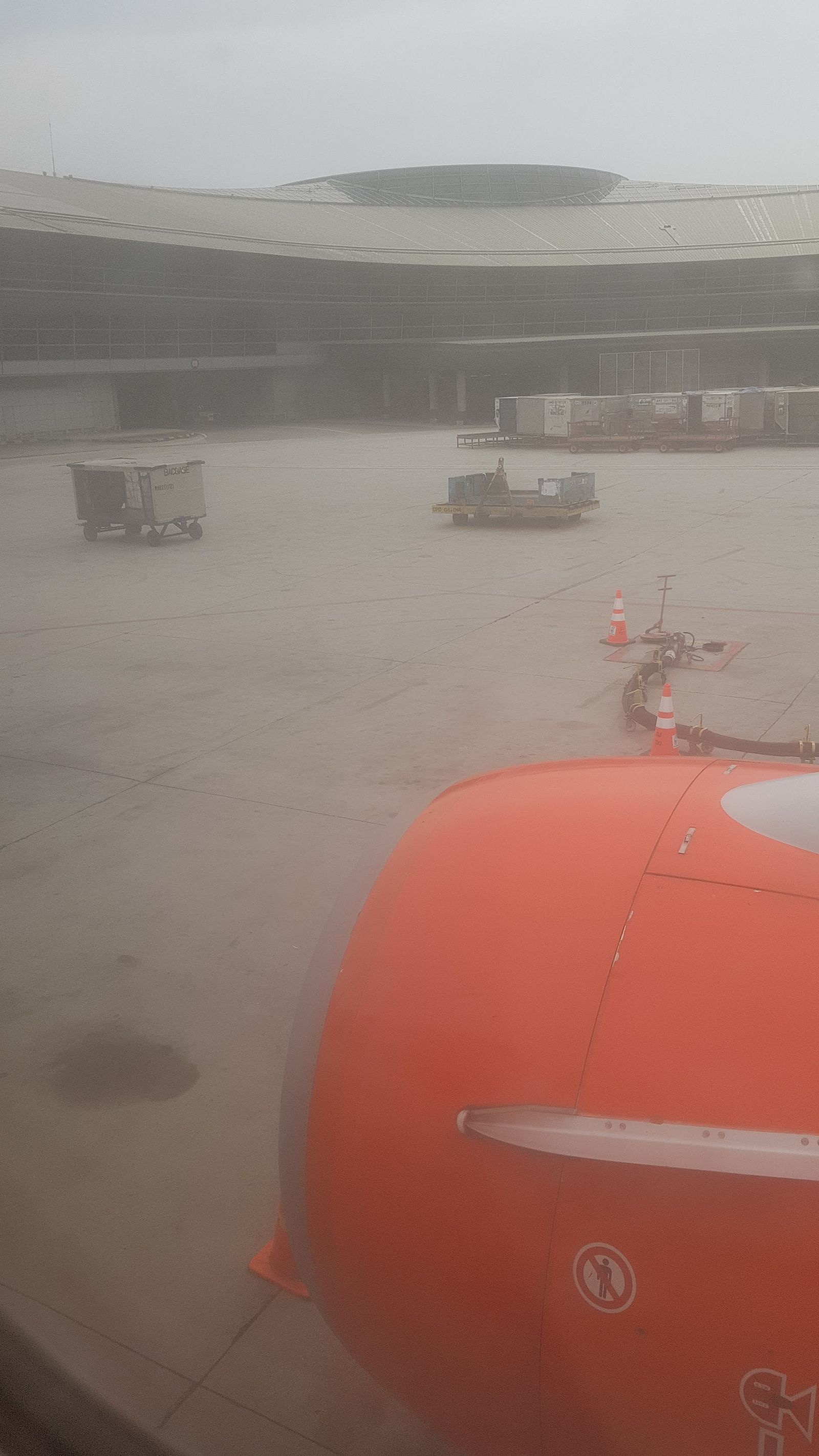