So There I was Browsing The Internet ... 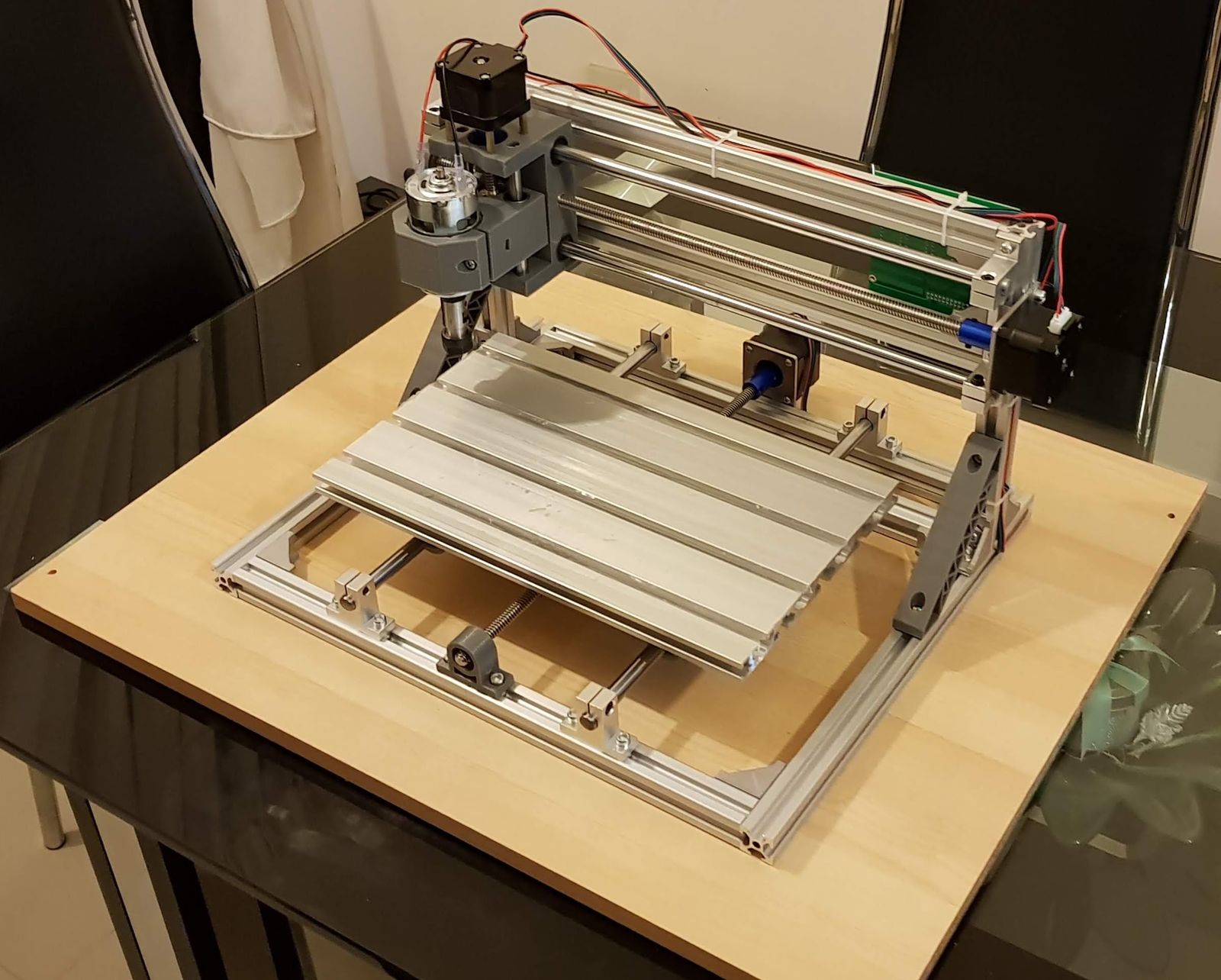 ... when I came across this mini CNC router going for cheap on AliExpress . It's a "3018" model, which means the work area is 300mm by 180mm, and is large enough to handle the parts for my 737 overhead panel. And the best part is the price, it is USD115 + USD50 (Fedex International Economy) shipping.
The same design is sold under many different names, and it is also known as a "woodpecker", "linksprite" and "beautystar". The frame is made from 2020 extruded aluminium bars, it features a threaded rod connected to steppers, and runs on smooth rods. 3D printed parts are used to hold the work surface and spindle module.
Since I'm redoing the electronics for my overhead panel, why not create more work for myself and re-do the panels themselves? The Holy Grail of Home Cockpits, backlit panels, is finally within reach.
But is this ultra-cheap CNC any good? Only one way to find out.
A Few Days Later
5 days after placing my order, it arrived. 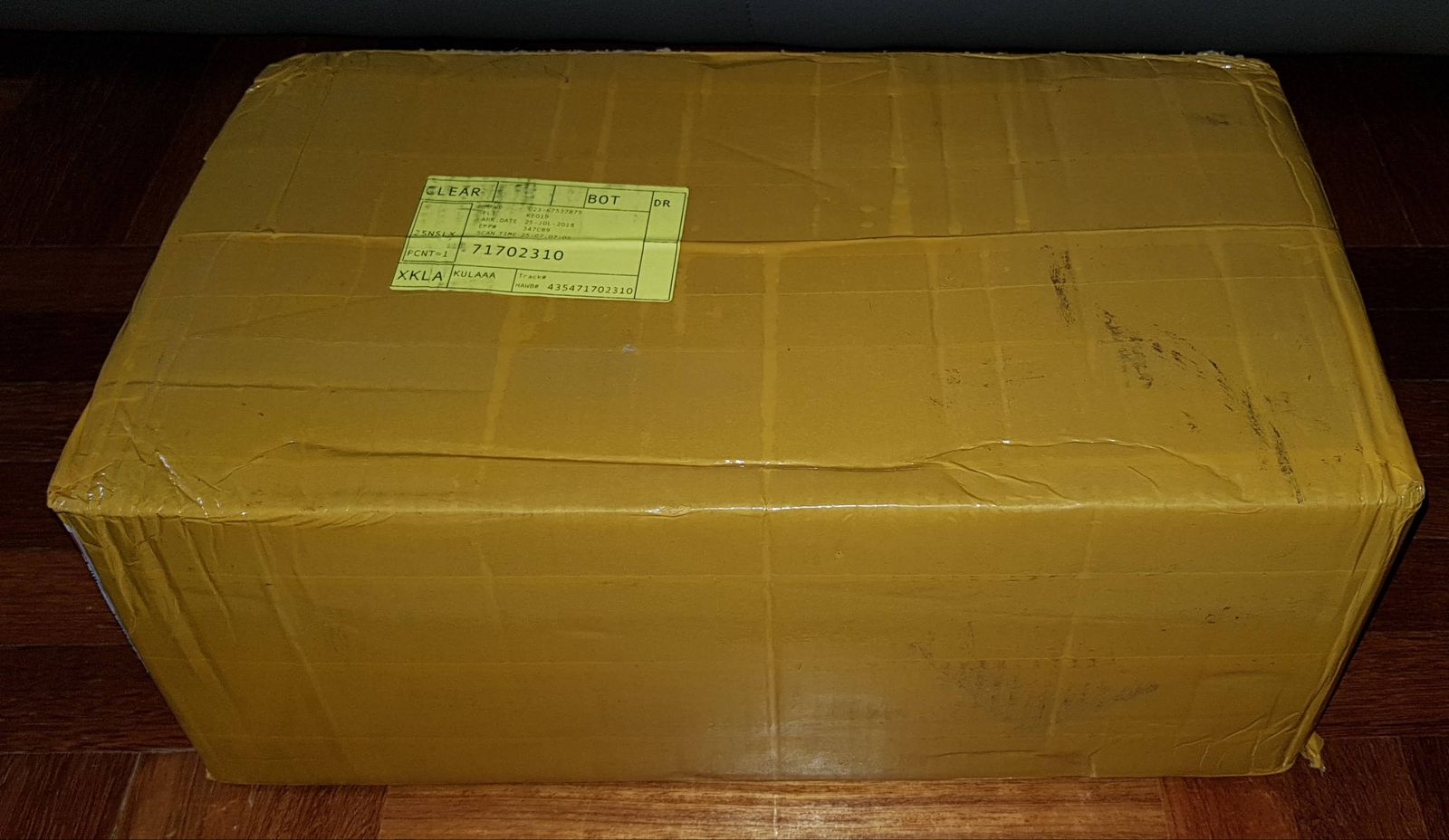 And here's the unboxing: 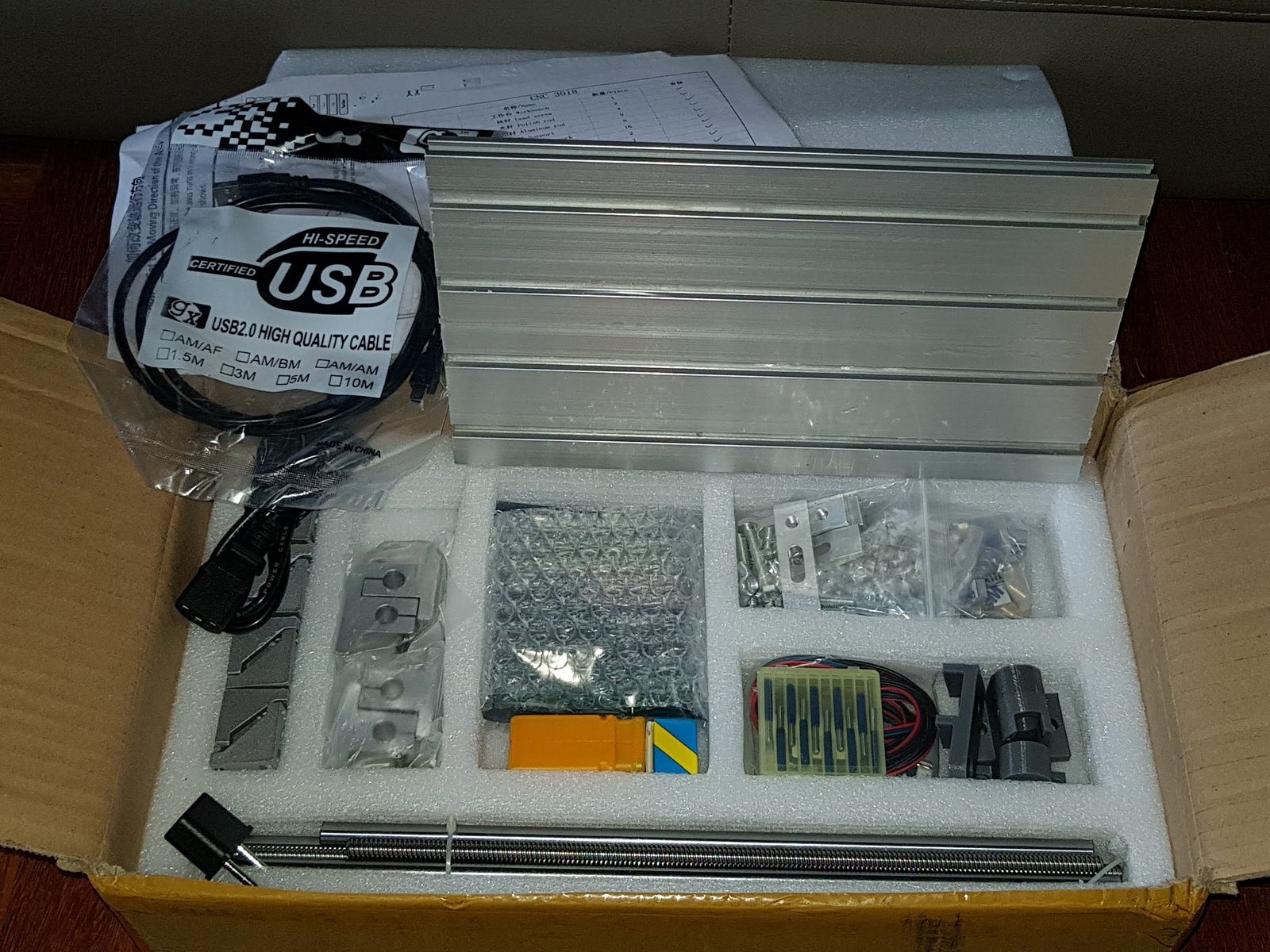 Build Notes
A google search led to the widely-copied Assembly Instructions, which is just a series of diagrams with measurements. Between this and AllTheGearNoIdea's youtube video, I plodded along.
The problem I faced was not that the instructions -- despite being very terse -- were incomplete, but rather they did not emphasize what was critical and what was not. So I've put together a list of a few gotchas I encountered below.
Tools
The installation can be made a lot easier by having the right set of tools. The kit comes with a set of L-shaped hex tools, but you can probably do better: 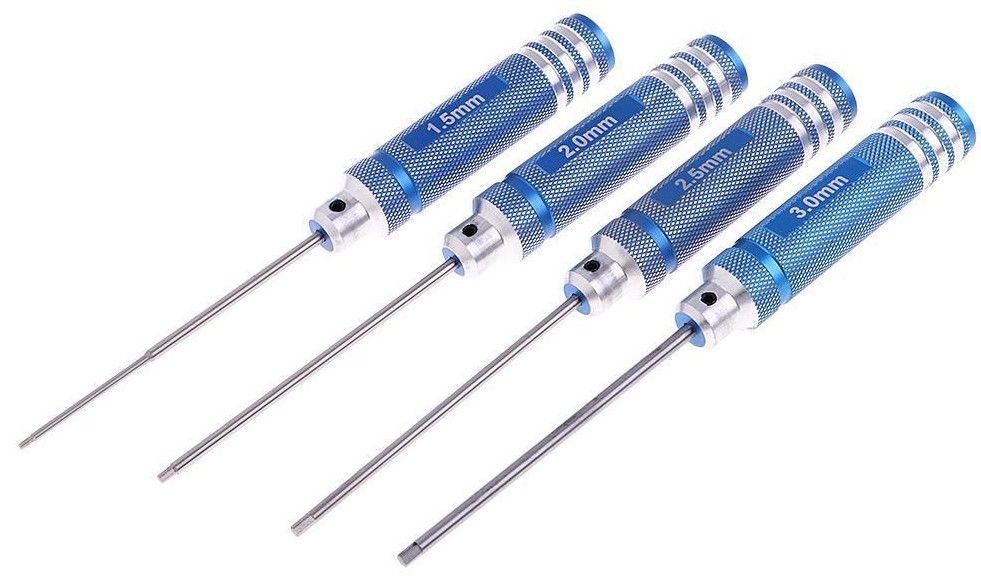 The hex tools that come with the kit are still handy when doing the final tightening of the bolts, as they probably can handle more torque. But for 90% of the assembly work, these two tools will prove invaluable.
Assembling the Frame
Assembling the frame is straightforward. There are lots of videos on assembling this already (here, here and here), so I won't go into details, other than to share the following tips:

T-Nuts
If this is your first time using Aluminium Exterusion bars and T-nuts, they can get some getting used to. The T-nuts supplied may seem a little too small and don't sit in the V-groove very well. This is not a flaw, but a design feature. They are loose for a good reason:
This video shows how the T-nut does it's magical rotation:
Mounting the Y-Carriage
This took many tries to get it right.
The gotcha here is the diagram in the assembly manual for this is wrong ... it show's a width of 300mm when the width is supposed to be 360mm. Therefore the offsets for the smooth rod holders are probably wrong. In reality it doesn't make much difference where exactly the smooth rods are , provided they're the same distance from threaded rod on both sides, and somewhere to around the 1/4 and 3/4 mark. I also preferred to use "distance to edge" rather than "distance to center", so I recalculated everything as follows: 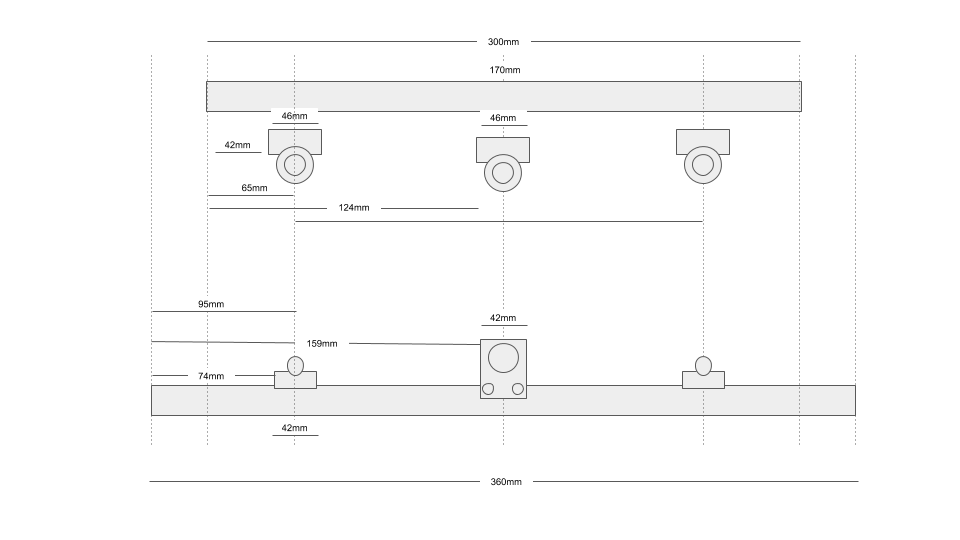 Also no matter how well you measure, it's going to be slightly off 8-) I found a better way was to keep things loose, run the Y-carriage and let things "self-correct", and then tighten them.
If the work surface seizes up when moving, confirm if the motor shaft is not turning (you can see it from behind the motor) and that the threaded rod is not turning. If the motor turns but the threaded rod doesn't, the motor coupling (see below) is probably loose.
Motor Couplings
Before attaching the blue couplings to the stepper motors, check the shaft on the motor. You will see one side has been flattened. Make sure that one of the screws of the coupling presses directly into this side. This will ensure that the coupling doesn't slip against the shaft. Also, tighten the screw on the flat side first (This helps center the coupling over the shaft). 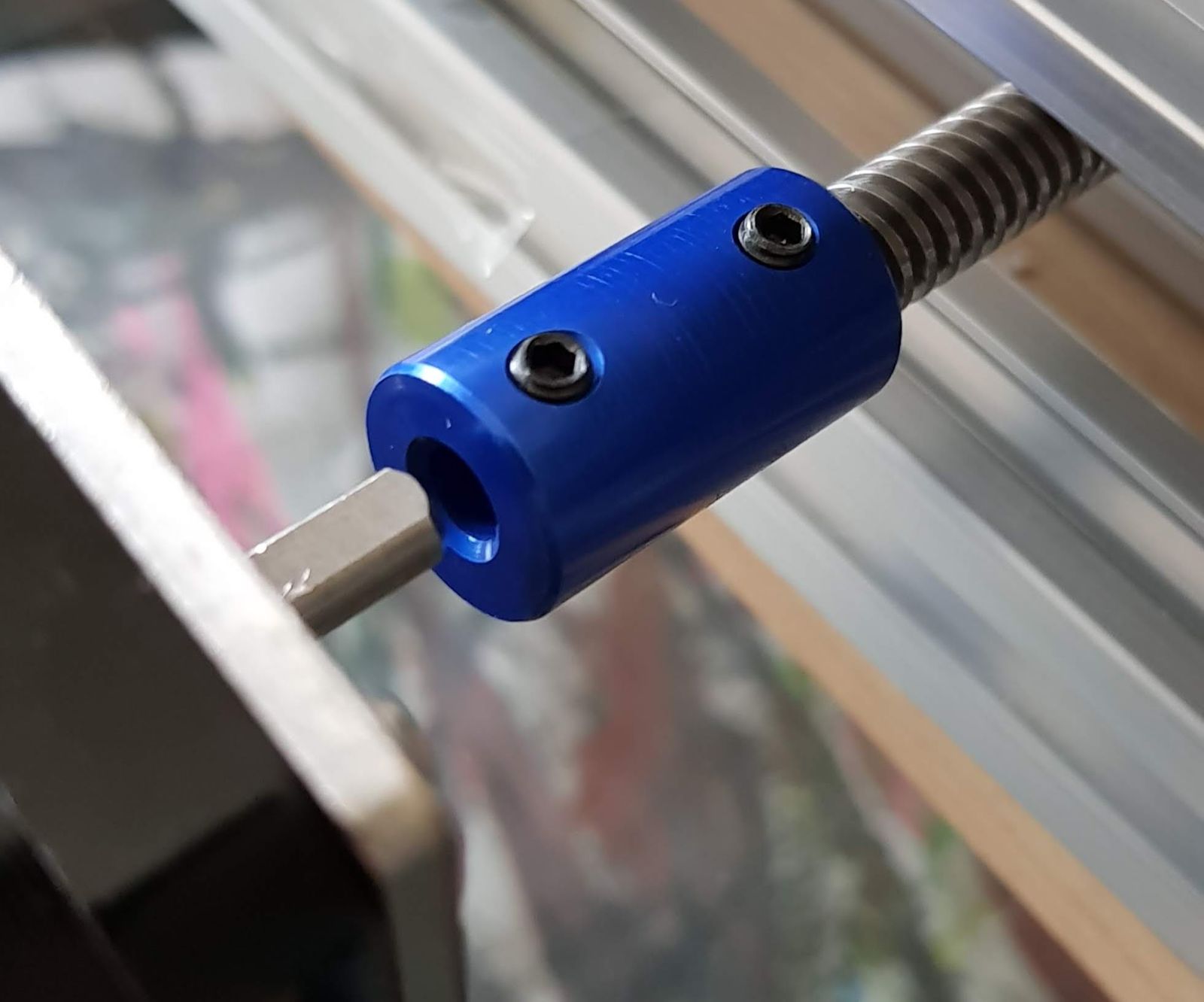 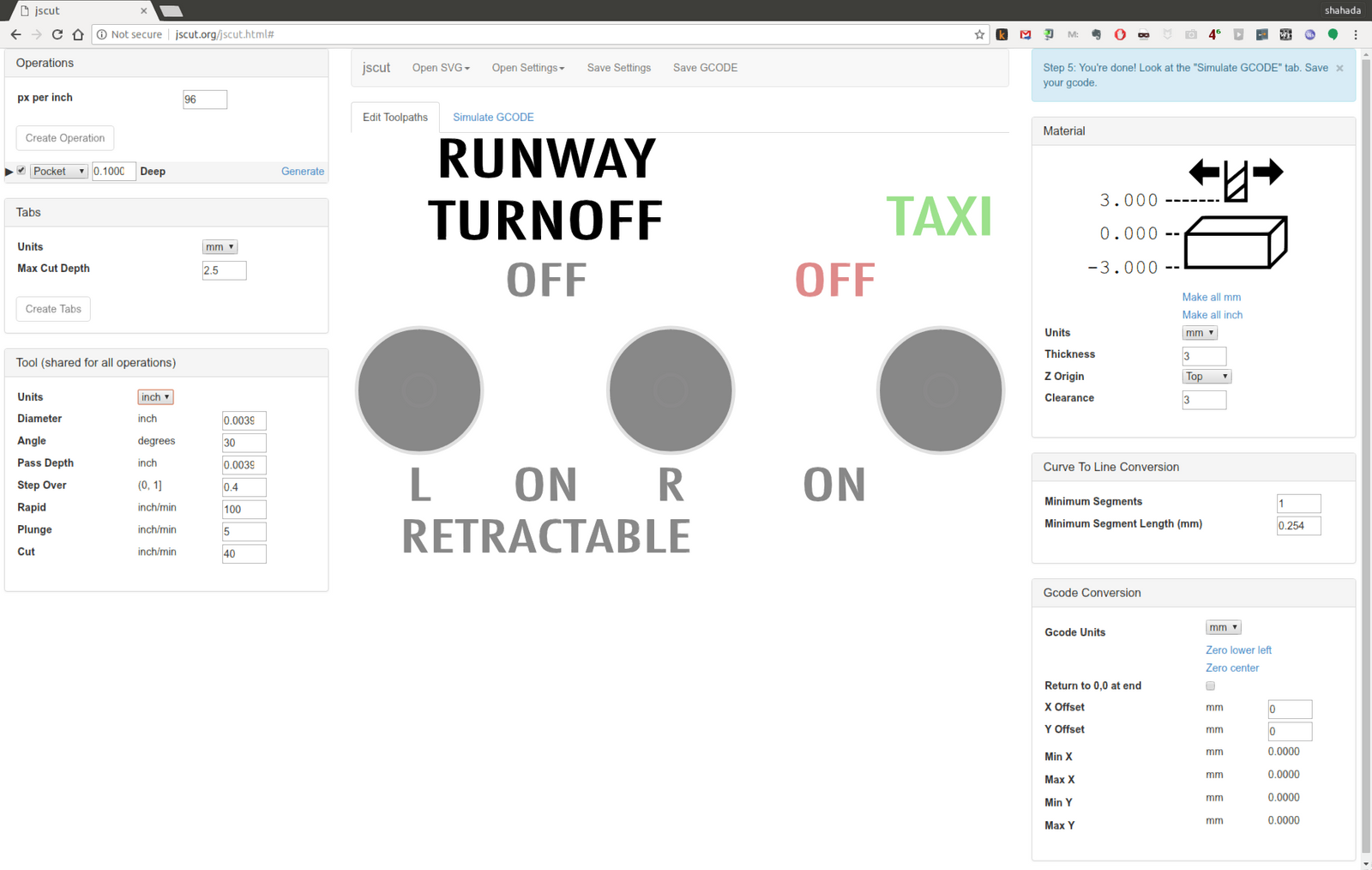 The final step in jscut is to save the GCODE containing all the toolpaths.
Cutting
A "sender" software is needed to transmit the gcode file to the USB serial port of the CNC machine.
I found the CNCjs software excellent for this. It is web-browser based, which means that I can install it into a Raspberry Pi mounted on my CNC itself, and access it from a tablet or my desktop PC. For the initial testing, I used the "standalone" version running on my laptop.
CNCjs shows you a preview of the toolpaths from the uploaded GCode. It also displays the machine and work coordinates of the bit, and allows you to move the bit around. There is also support for a webcam module. 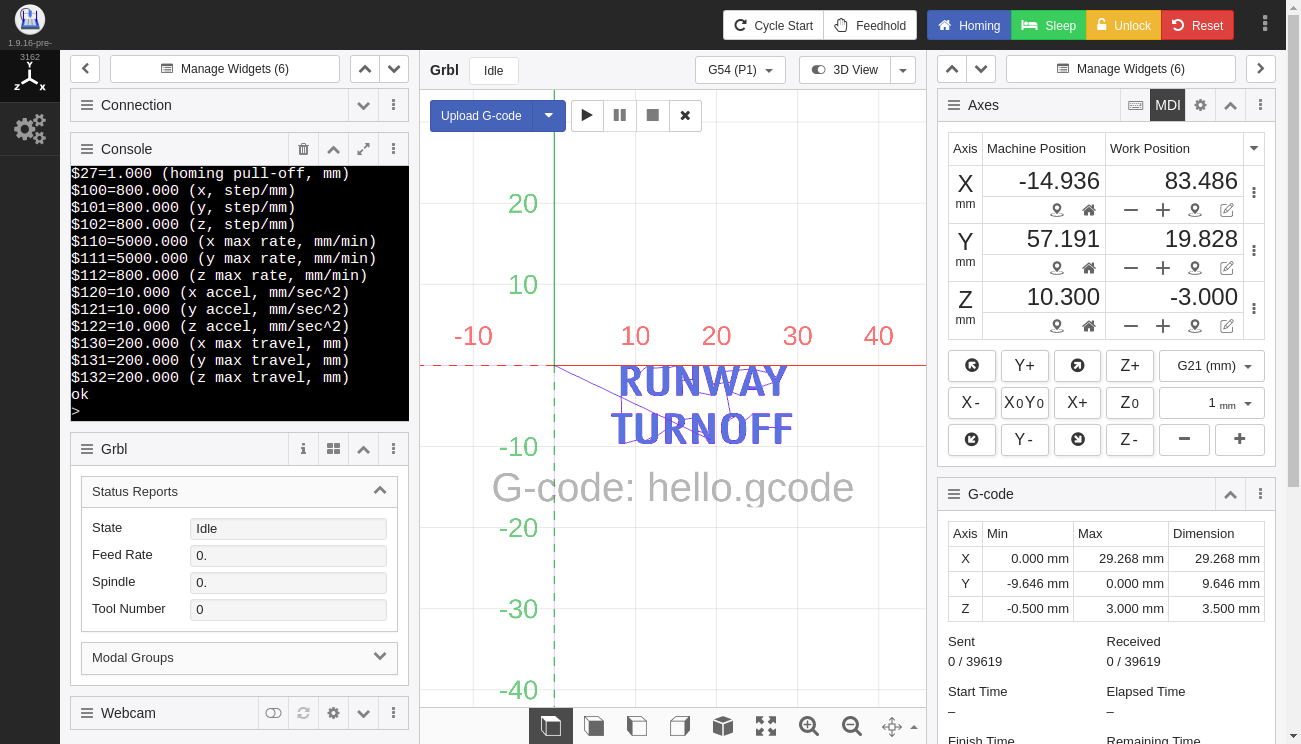 Unlike 3D printing, where the position of the object to be printed is specified relative to the machine's "home" position, with CNCs most of the time you want the operation to take place relative to the work piece you've placed on the work surface. So what is important is the offset relative to the object, rather than the work surface. Therefore the cutting work starts with manually positioning the bit on the bottom-left corner of the object, for example, and then setting this as the "home" of the work piece in the CNCjs software.
Likewise, the starting "Z" level is usually the top of the work piece, rather than the work surface, so setting the "Z" home position needs to be done carefully at the start of each job. A difference of 0.1mm in setting the initial "Z" home can mean a difference of 0.1mm in the cut depth, which can make a difference when you only want to cut by 0.1mm! I will need to look into ways to automate the setting of the initial "Z" home, as doing this manually is too error prone.
Here are the up-close results of my initial engraving tests. The work piece is 3mm clear acrylic (I didn't have any translucent white), spray painted with two coats of black followed by two coats of DPT "Anchor" brand "Pastel Grey". The text was copied from Peter of "Build A Boeing"'s plans for the 737 Overhead Panel, where the font height is 3.7mm: 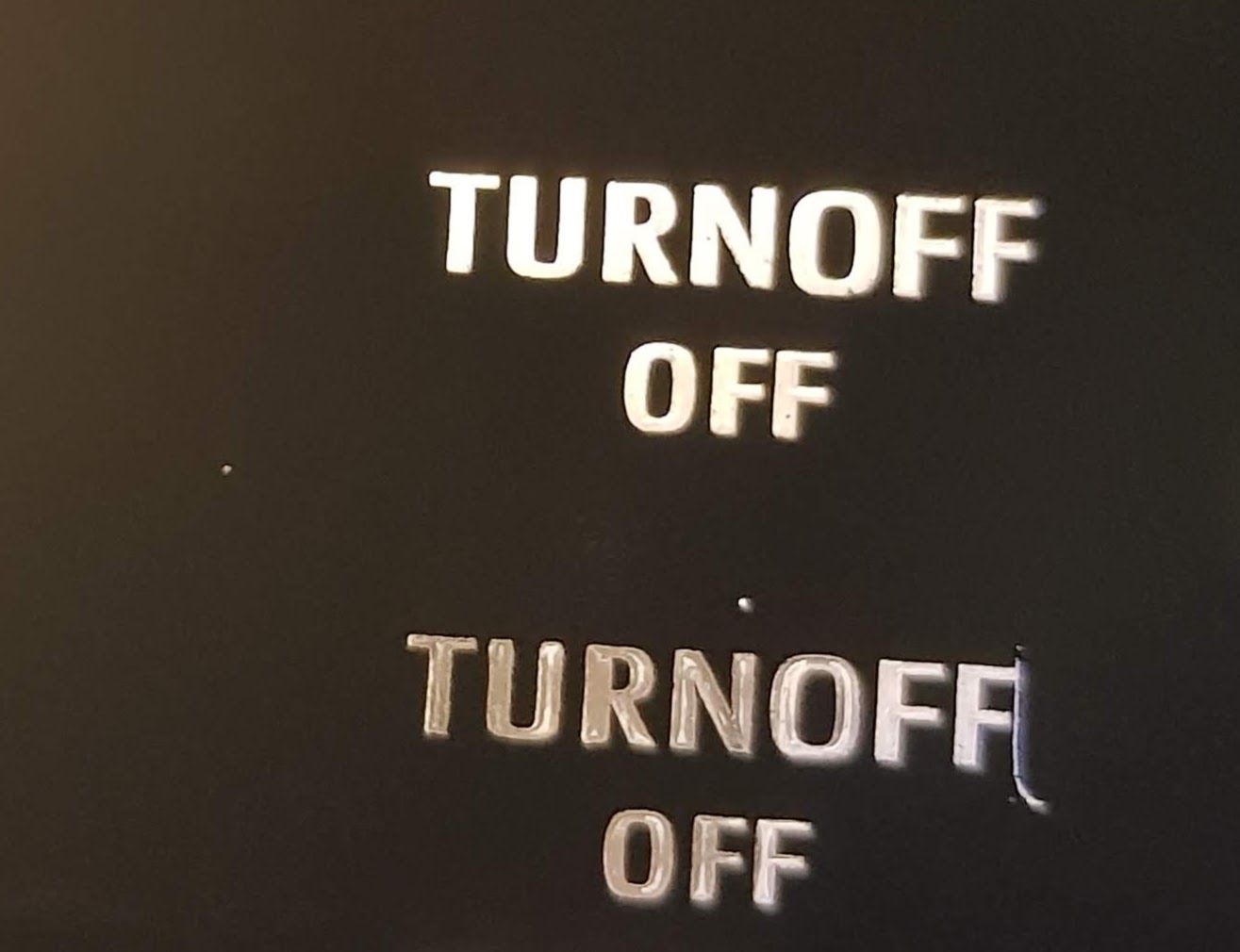 The top one is at 0.2mm and the bottom one is at 0.1mm (actually, I just adjusted the initial Z to change this). You can see the 0.1mm has left some paint unremoved, but the 0.2mm letters are a bit fatter, loosing some resolution. I still have to spend some time tweaking it to get the best results, and especially automate the Z-height measurement. But so far I am quite happy with the CNC machine.
I might have to look at a better CAM software than jscut (having to select each letter is proving to be just too painful!). The features on most of the freeware ones seem to lack either SVG support or support for V-bits. So I might have to look at a commercial CAM software -- unfortunately most of the prices start at what I paid for the CNC machine itself.
Oh and with the 200W spindle, engraving acrylic didn't make much more noise than a vacuum cleaner. So I will probably get away with cutting in my apartment during the daytime.
Upgrades
There are a few upgrades I've planned for the CNC router:
I'll write about these in future posts.
Newtoy, Cnc
comments powered by Disqus