My seemingly cursed Raspberry Pi Model B+ has developed a preference for only certain USB power cables. For some reason the 10" ones I ordered over eBay don't seem to work reliably, even though they work fine powering everything else I have. The Pi would go into a boot loop about a second or two into the boot process, reverting to the rainbow boot screen. I tried swapping a few different cables I had around the house and the only ones that seemed to work reliably were the short ones from my powerbank.
Since this unit was to be mounted in a fixed place anyway, I didn't actually need a pluggable power cable, and wondered if there was a way to direct wire it. According to this article, on the Model B+ there are two pads labelled PP3 (GND) and PP7 (VCC) which are meant for you to test the power being received into the Pi, and you can supply power directly to these points. They are before the polyfuse so you still have overcurrent protection, however there is no longer a reverse voltage protection.
I was ok with that ... so I went ahead and soldered two wires to the pads: 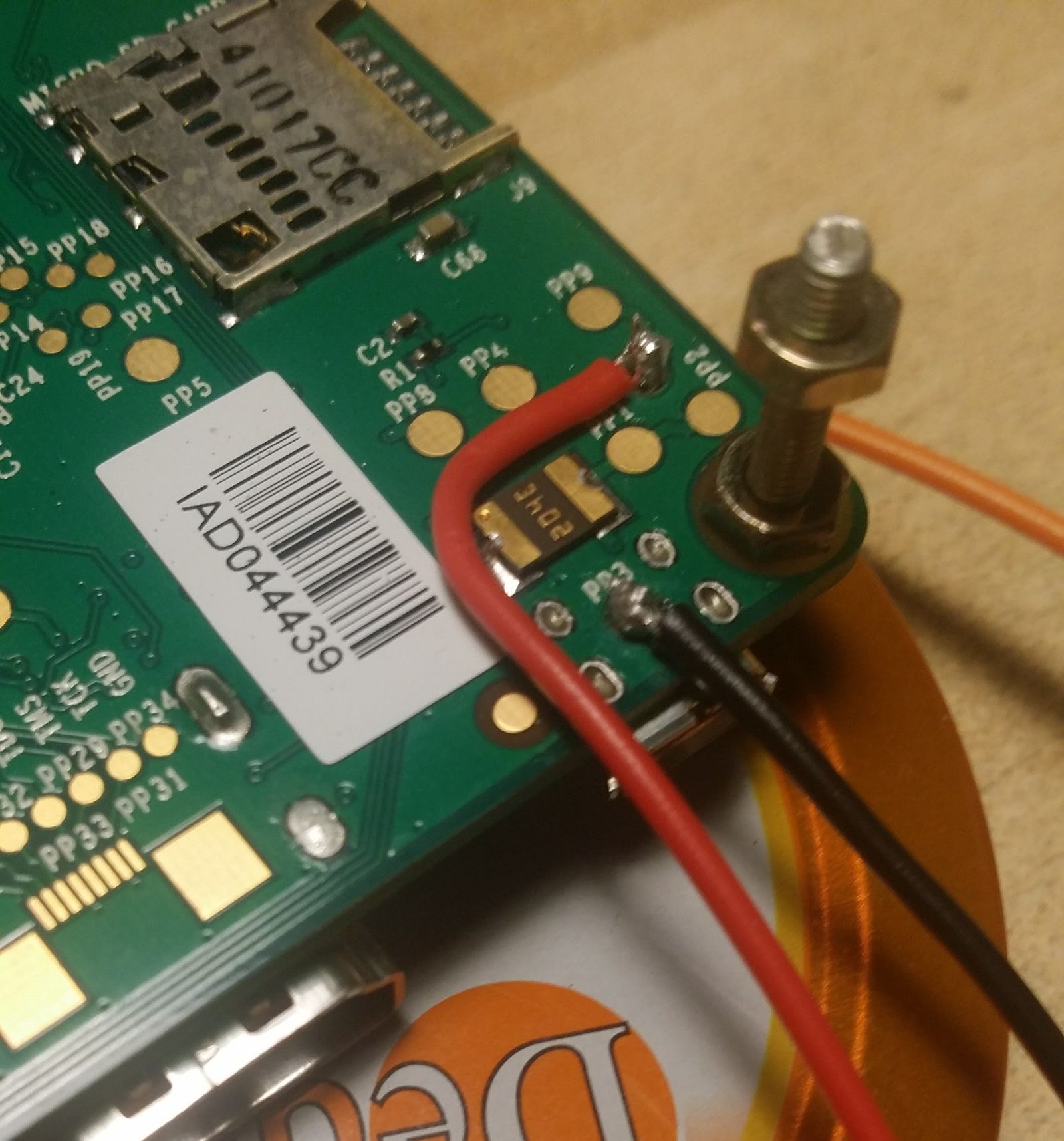 I also used some hot melt glue to cover the wire and the pads, to reduce the risk that any tension on the wire will yank the soldered joints off.
Connected it up, powered it on, and it seems to be working fine! 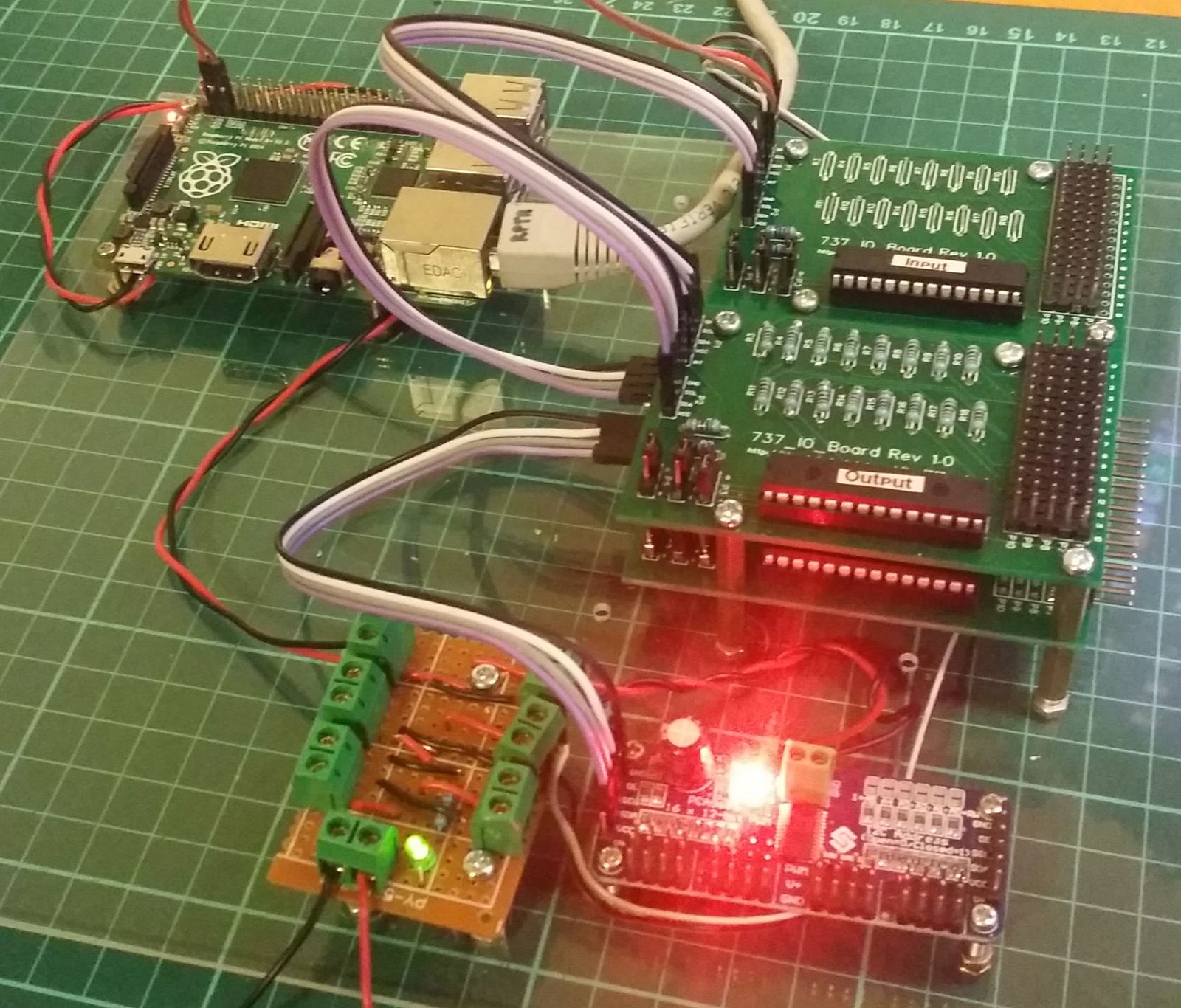 Raspberry Pi 3
I did a similar thing with a Raspberry Pi 3. On this unit I used PP2 (Positive) and PP3 (negative), which according to the schematic here shows it as being located before the reverse protection diode. You can also use PP5 for negative but I found that a bit too close to PP1. Of course, it's best to cover the whole thing with hot-melt glue to minimize strain on the wires. 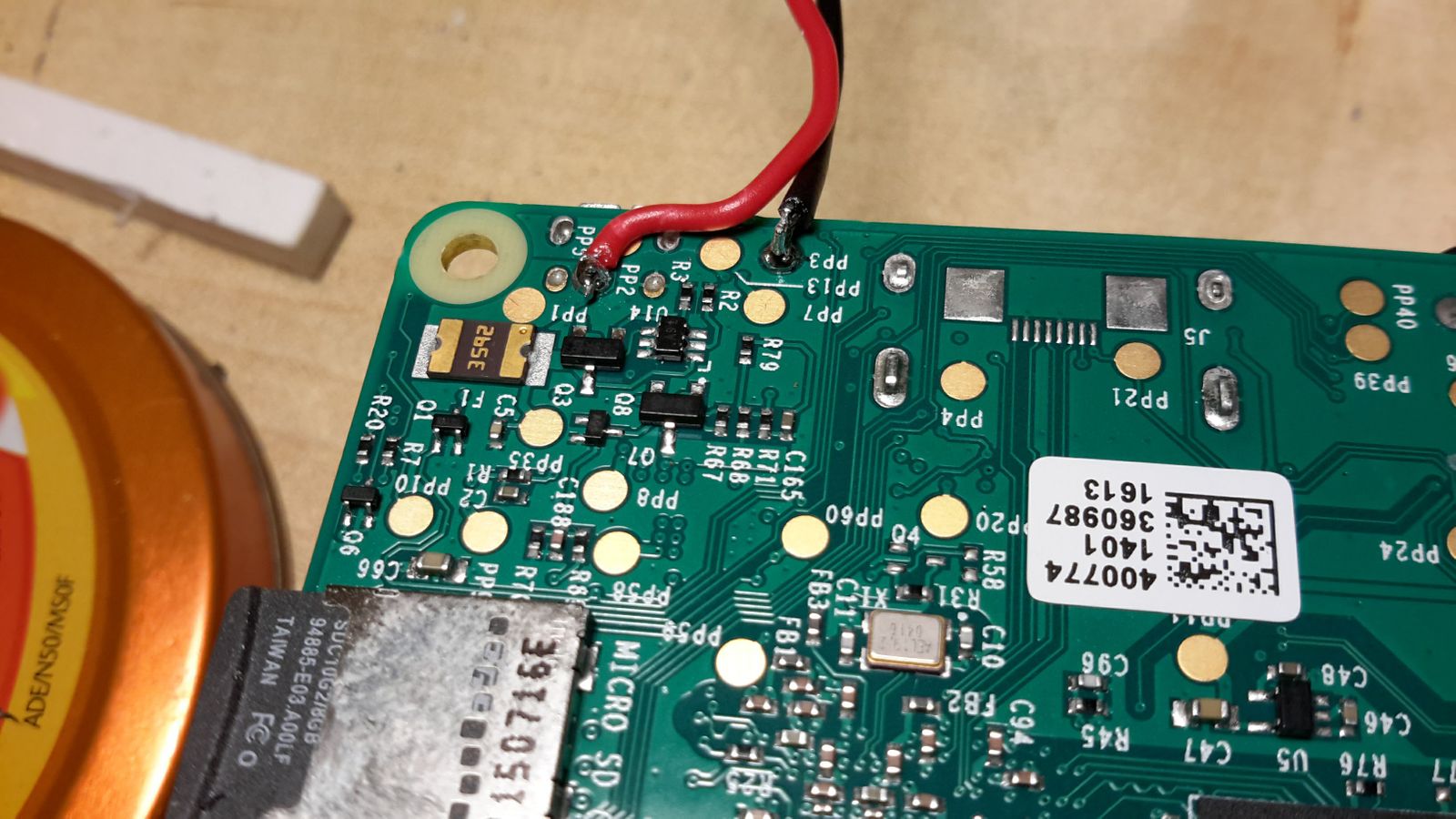