Struggling with my ABCs ... who knew keypads could be so complicated?
First version of 3D printed buttons had laser printed letters and digits stuck over them. Looks cheap ... especially given that the white of the paper shows up at the sides. Also found it quite hard to cut paper circles.
Second version of the 3D printed buttons have an embossed letter 1.5mm deep. Used a paintbrush and painted the recesses with white acrylic paint, then went over the top surface with black paint. Looks a bit more "together" but hard to keep it neat, and doesn't work too well when there are fine letters on one key. 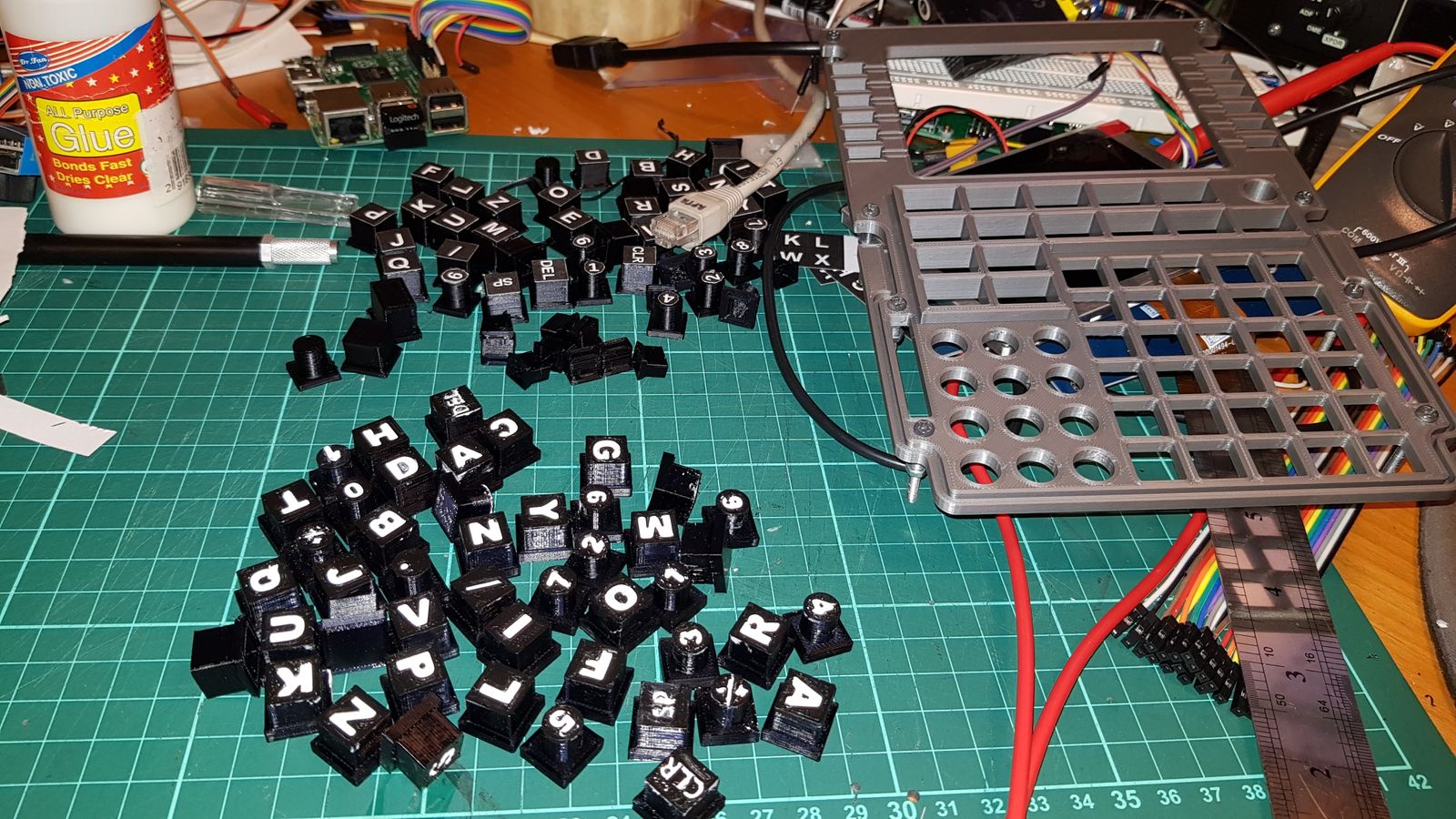 Will settle for these until I can think of a better way to do them.
Update
The buttons are now made from white filament. On top of which are glued the letters that have been laser-printed printed on transparency sheets, with the letters in clear/white and a black background. The higher resolution of the laser-printer makes the smaller letters appear clearly. The edges and sides are then finished off with black acrylic paint so we don't see the edges of the transparency.
I left the digits and letters with the earlier painted version ... the letters on the letters are big and therefore are bright and clear, and I can't cut perfect circles in the transparency sheet for the digits.
For the EXEC key I made the button out of transparent PETG, in the hope that the LEDs below will shine through. That didn't work too well, as the light isn't bright enough. So I drilled a hole and extended one of the LEDs to the surface. 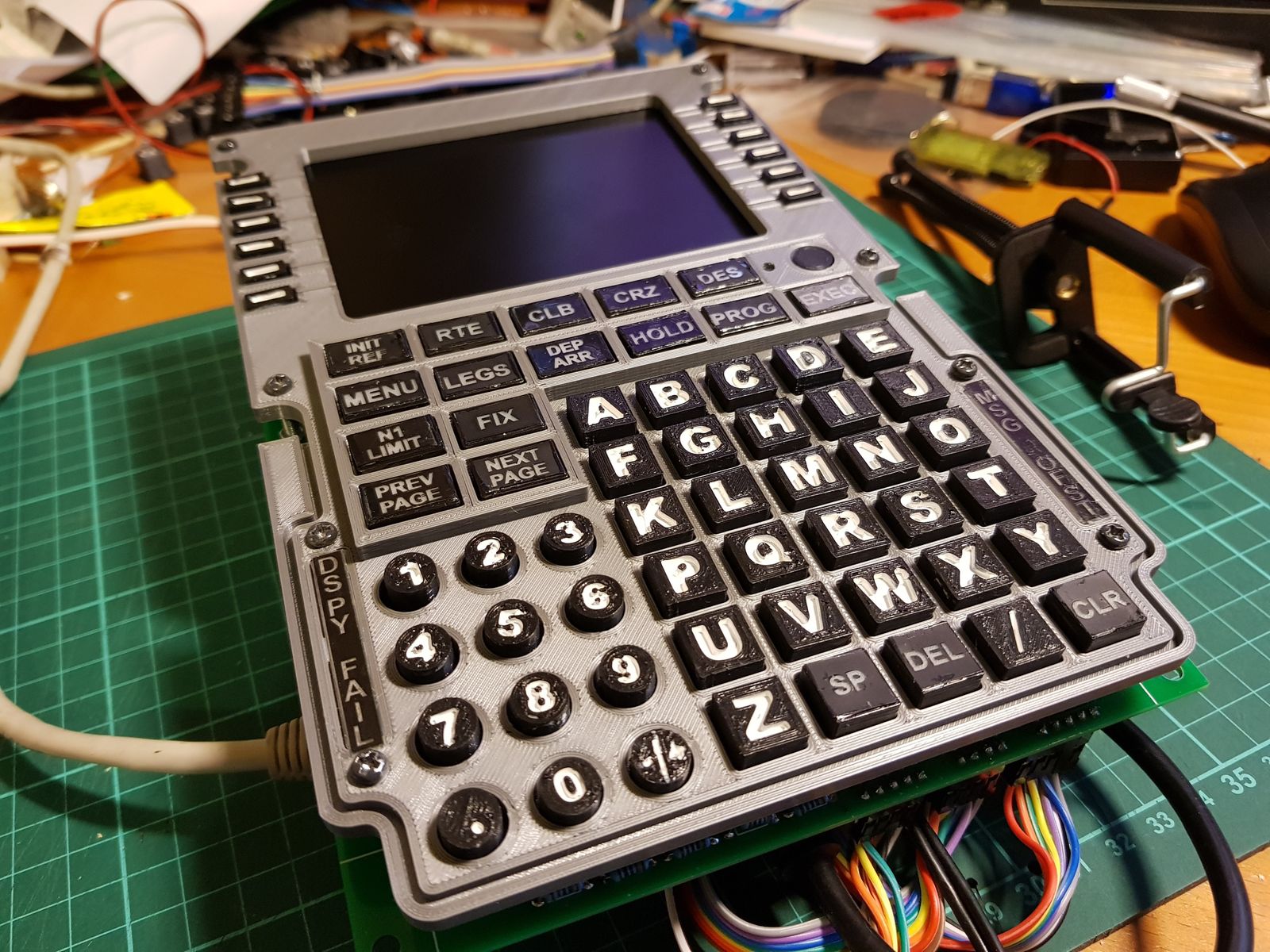