Amidst the campaign posters, there’s a new sign at the Damansara Damai traffic lights:

There’s also what appears to be, from a distance, some “camera equipment” located nearer the traffic light … which when you get closer, turns out to be two “tin biskut” (biscuit tins) on a pole!

+1 to whoever thought up this rather creative joke. 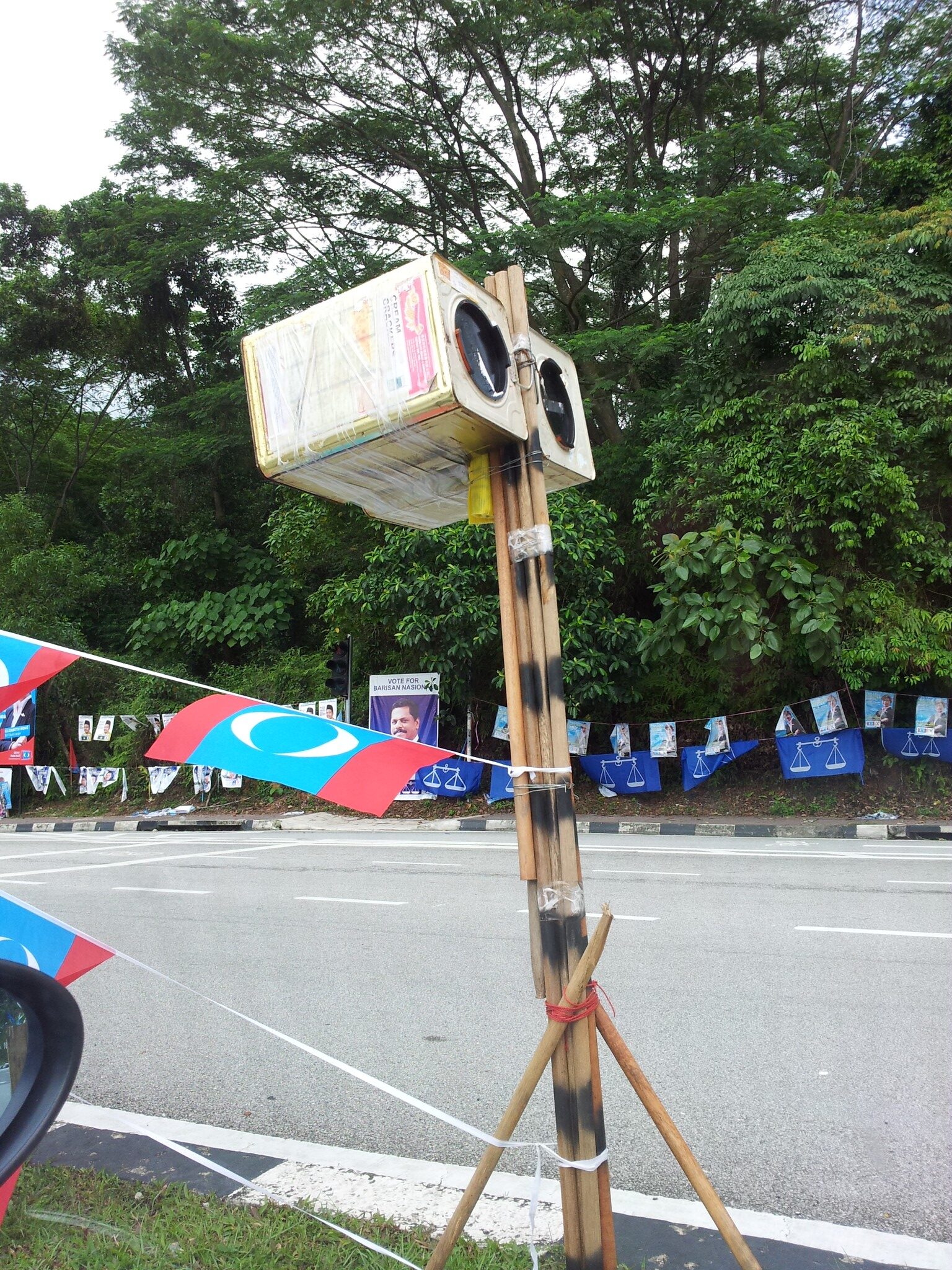