Movie: The Hobbit – The Desolation of Smaug

Movie: The Hobbit – The Desolation of Smaug

Ooh, Sherlock and Watson are back together again!

Now we know how Sherlock survived the fall at the end of Season 2. Dragons can fly, you fool!

But seriously … what did I think of The Hobbit : The Desolation of Smaug? Going into our 5th Middle-Earth movie, we’ve gotten used to a lot of things: Bar-room intrigues in Bree, Hobbits going invisible, Goblins jumping out of nowhere, Gandalf meandering around, acrobatic elves in combat, the party floating down a river while being hunted by orcs, inter-racial love stories with huge age gaps, and everyone generally being chased from one scene to the next, while being surrounded by breathtaking scenery and amazing rendered graphics.

This is more of the same. Even the spiders … mini-shelobs anyone? We kind of know what to expect already. It’s good stuff, but predictable.

The movie perks up from the scene pictured below. Finally, a baddy that is not just evil, but BAD ASS! Yeah, Sauron may have been the second ultimate evil in the land, but he didn’t actually do much, did he? He couldn’t even blink!  But Smaug — oh Smaug! — is finally a baddy we can relate to! He’s a MONSTER! He’s HUGE! And he breathes FIRE! And Gives CHASE! And he SPEAKS! He’s CUNNING and MANIPULATIVE! And oh that VOICE!!!

When Smaug speaks, in surround sound at cinema level volumes, you start to feel what “Dragon Fear” is about. Benedict Cumberbatch (http://goo.gl/wFOsyW) absolutely nails this one.

It’s a pity that the next Hobbit movie won’t have much of Smaug’s dialogue. We all know that he flies off to attack the village of Dale and gets shot and dies in just one chapter (about 45 minutes in Peter Jackson time). A pity.

Which is all the more reason to savor Smaug’s scenes in this movie.  A must watch. 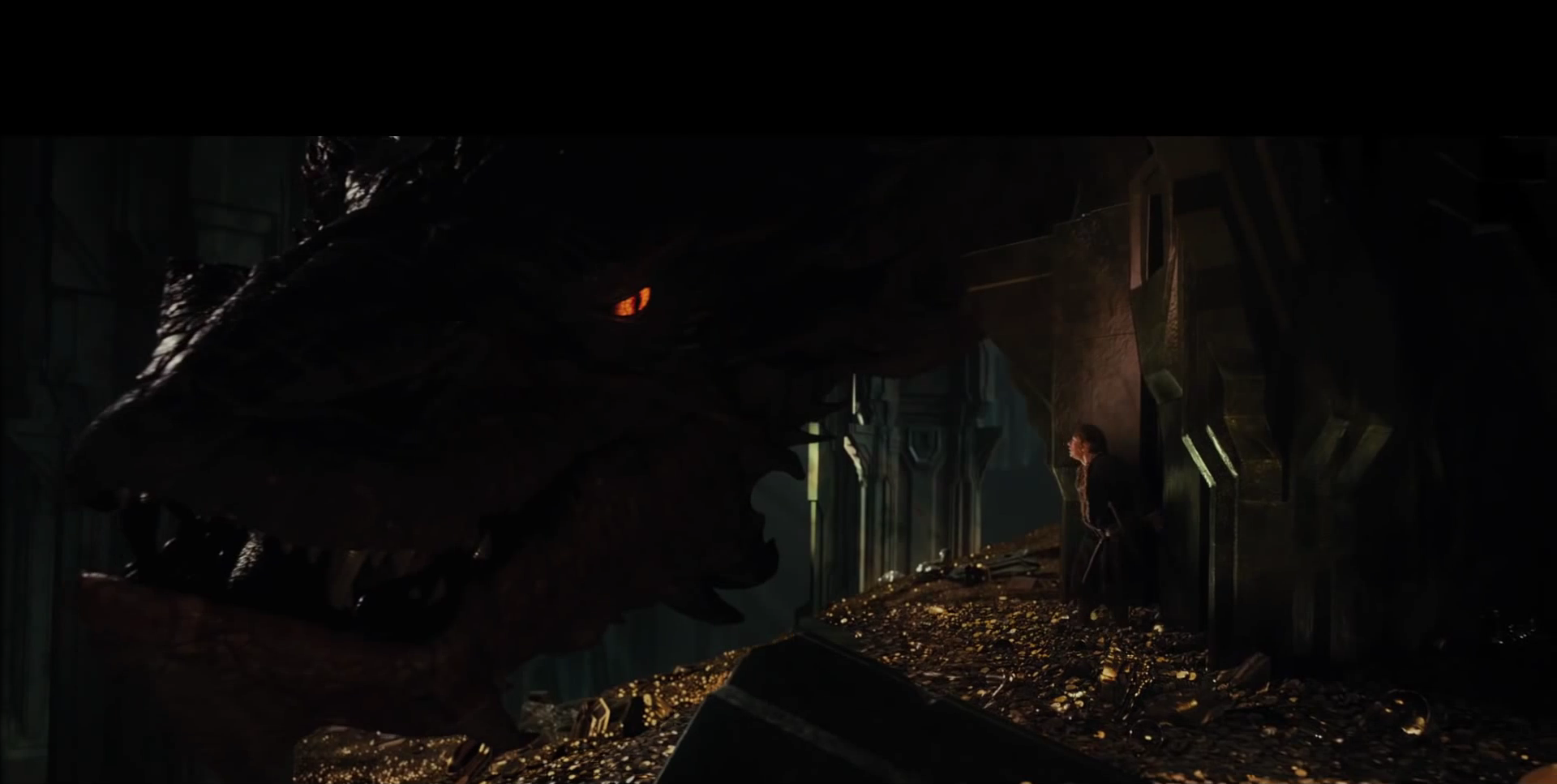