Them stars – you can steer a ship by the stars!

Just learnt that some aircraft up to the early 70s used to have a periscopic sextant so that the navigator (they used to have a full-time person in charge of that in the cockpit) could determine their position on long oceanic routes, where there were no land based navaids. How old-school is that?The port for the sextant even existed in the 747-400 (1998), though it was repurposed as a “smoke evacuation hole”.

Some Flight Sim aircraft, such as the upcoming DH4 Comet for X-Plane from DH-Aircraft features one http://goo.gl/XA3idq.

This reminds me of the scene from the Only Fools and Horses Christmas Special 1985, where Delboy, Rodney and Uncle Albert were lost in the North Sea:

Albert: When I was in the Navy I was a boiler maintenance man.
Rodney: So you’ve never actually studied navigation at all?
Albert: Boiler maintenance men didn’t have to! You see the boiler, has a tendency to go, wherever the ship’s going …
…
Rodney: Stars! The Stars!
Del: Stars. You don’t need to read your horoscope Rodney to realise you’re in dead lumber.
Rodney: Them stars – you can steer a ship by the stars.
Del: That’s right an’ all – I remember seeing it once in the Onedin Line.
Albert: That’s a bloody good idea Rodney, yeah.
Albert: There’s millions of them ain’t there?
Rodney: I love him, I just bloody love him.
Del: Isn’t there anything up there that rings a bell?
Albert: I’m not quite sure what I’m supposed to be looking for – they’ve all got names ain’t they? Like The Bear, things like that.
Del: Can’t you just find The Bear?
Albert: Well what does he look like?
Del: Well it looks like a bloody rabbit don’t it? I mean what do you think a bear looks like?
Albert: Well where would I find it?
Del: Standing up there on top of the glacier mint – you’re giving me the hump you are Albert, you’re giving me the right hump. 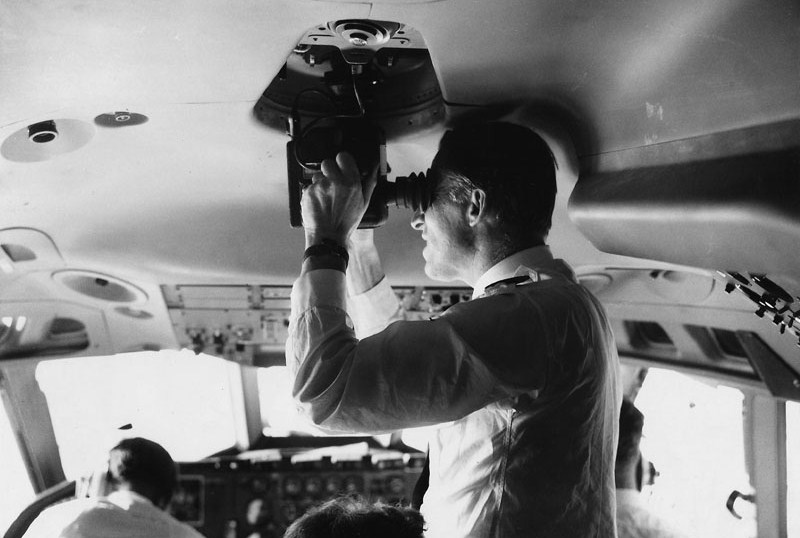 B707 Without INS – How Did They Navigate?  Tech Ops Forum | Airliners.net