Just before the start of Friday prayers today, it was announced that a partial solar eclipse would be occuring today, and that there would be special solat gerhana held at 15:00 at the balcony area of the mosque.

It was a cloudy day to begin with, and the full eclipse’s shadow would only fall over the Indian Ocean, Bay of Bengal, and parts of Burma, so there wouldn’t be much to see here in Malaysia anyway.

UNLESS OF COURSE … you have an Android phone with Google Sky Maps! This is an app that uses the GPS, compass and angle sensors to determine which direction your phone is facing, and will then plot whatever astronomical objects are located there. The fun part is that as you pan your phone, the display refreshes in real time.

So … I rushed home, fired up the app, and hunted around the sky (well I pointed the phone at my ceiling, with tools like these who needs to stand out in the heat!). 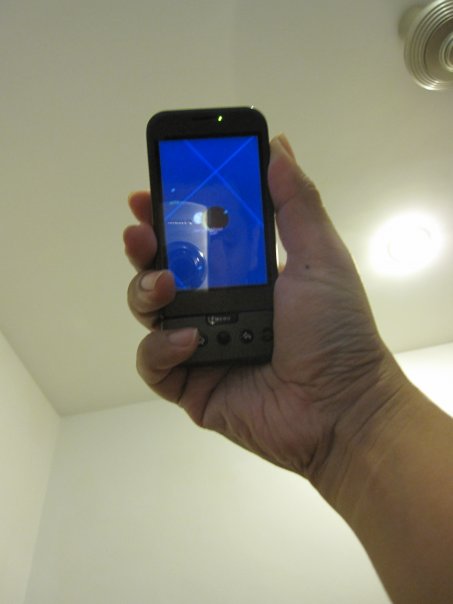 Eventually, I found the Sun and Moon … and we were already at partial coverage. Interestingly, the planet Venus was located pretty much in the vicinity as well!

Zoomed out to gain some context: 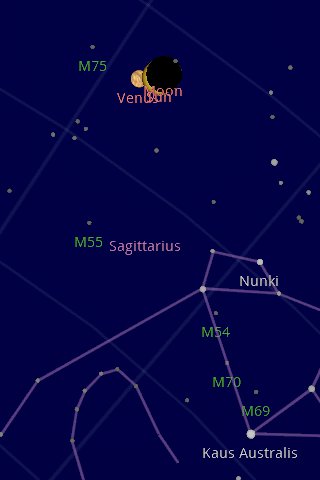 Zoomed in to see more details: 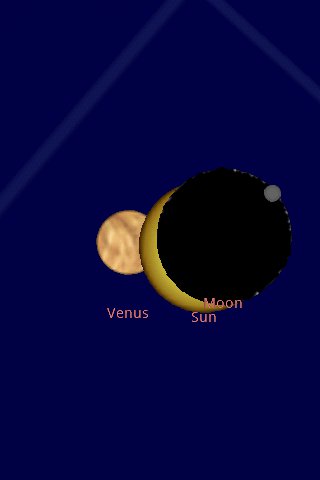 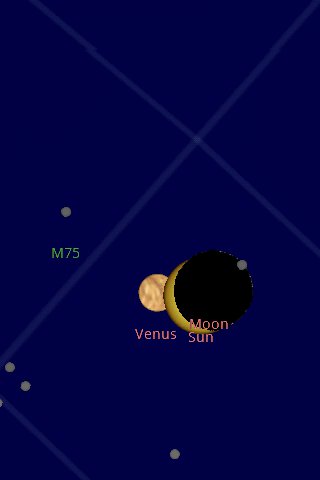 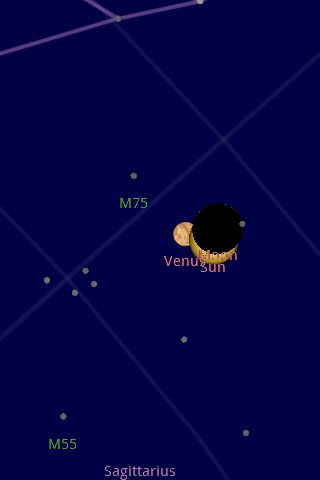 I really love this Google Sky Map App … I wish there was something like this when I was younger and first interested in astronomy, at a time when you could actually see stars in our night sky (before the golf courses started polluting the atmosphere with their bright lights at night).

Here’s a bit more on the eclipse itself …

… apparently it’s the longest solar eclipse this millenium (if you’re directly below the full shadow) till the year 3043.

PS: A colleague of mine is having his Nikah (wedding ceremony) this afternoon … quite a coincidence. I wonder what the “pak nujum” (quacks/astrologists) have to say about that… *grin*