I've not been happy with the keycaps on my 737 FMC. I've tried a few methods of printing them:
While working on a different project over the weekend, I did some experiments. First I made some regular keycaps in tinkercad: 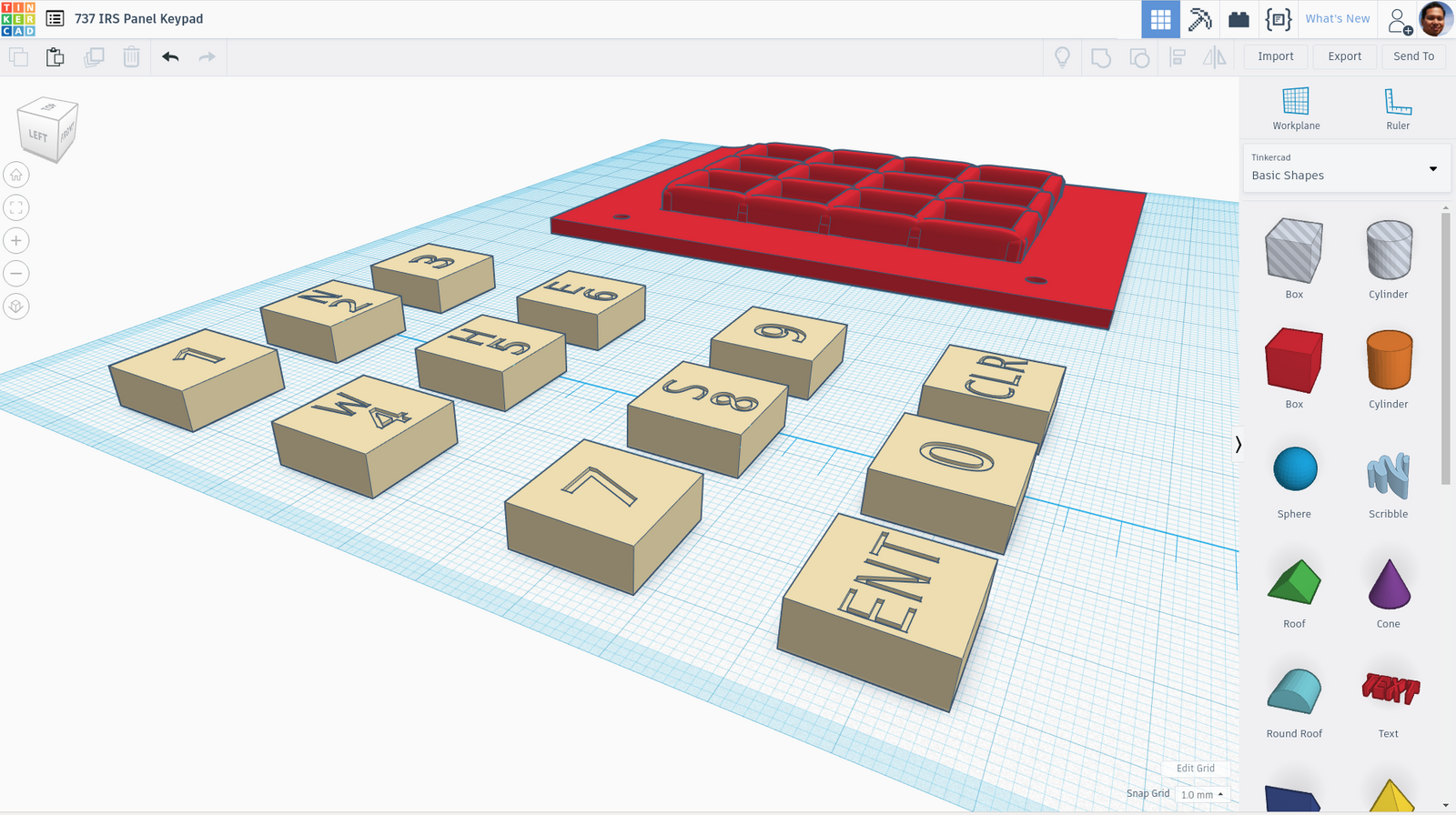 The blocks were 14mm x 14mm x 5.4mm. There's a recess (not seen in the above picture) on the underside for the keycaps to fit the switch's actuator. The letters are created as a "hole" and raised to 5mm height, and are > 4mm in thickness, and end up creating an embossed image into the block when grouped.
What i did differently was to print them using white filament up to 5mm, and then print the last two layers using black filament. Here are the results: 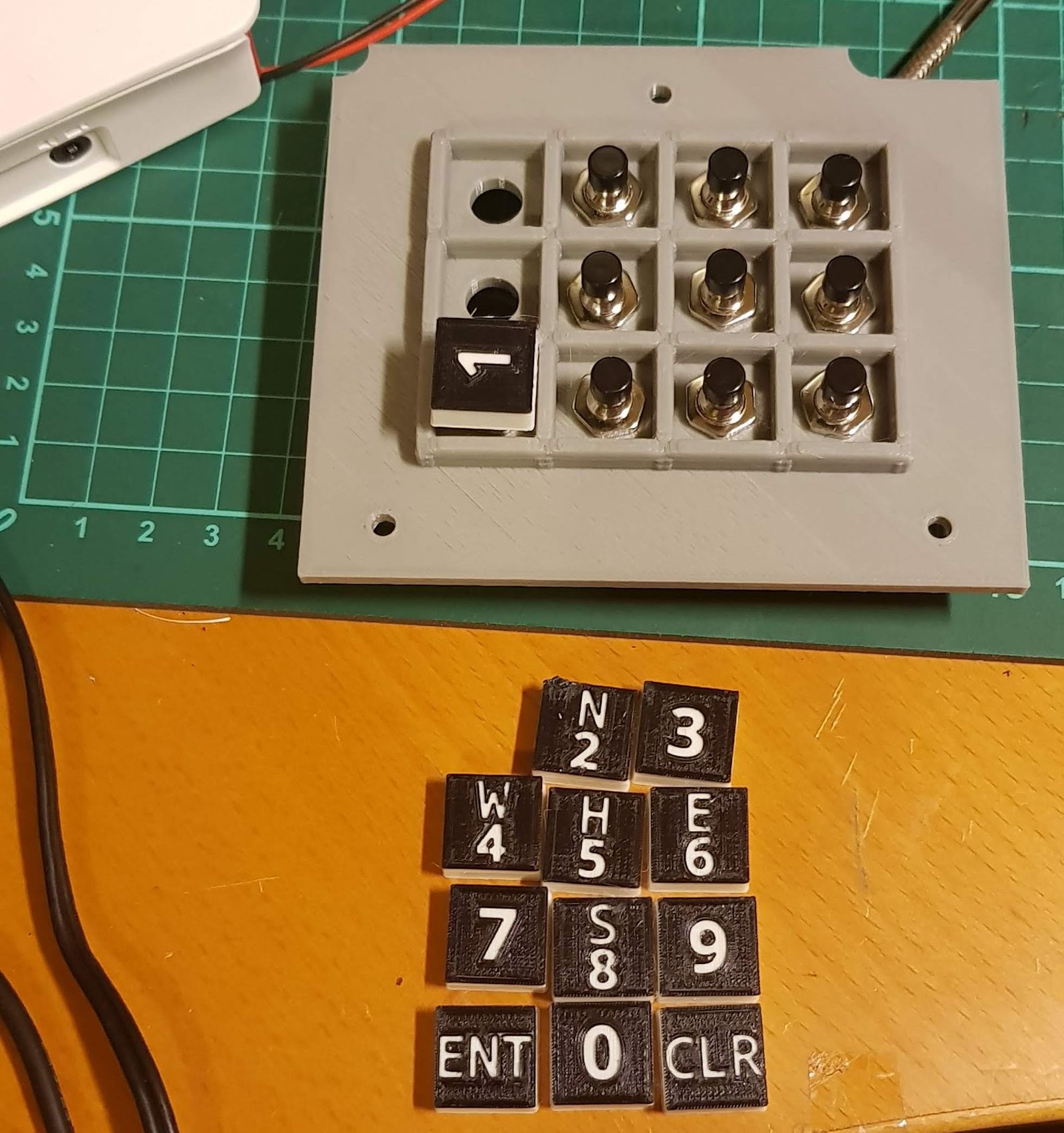 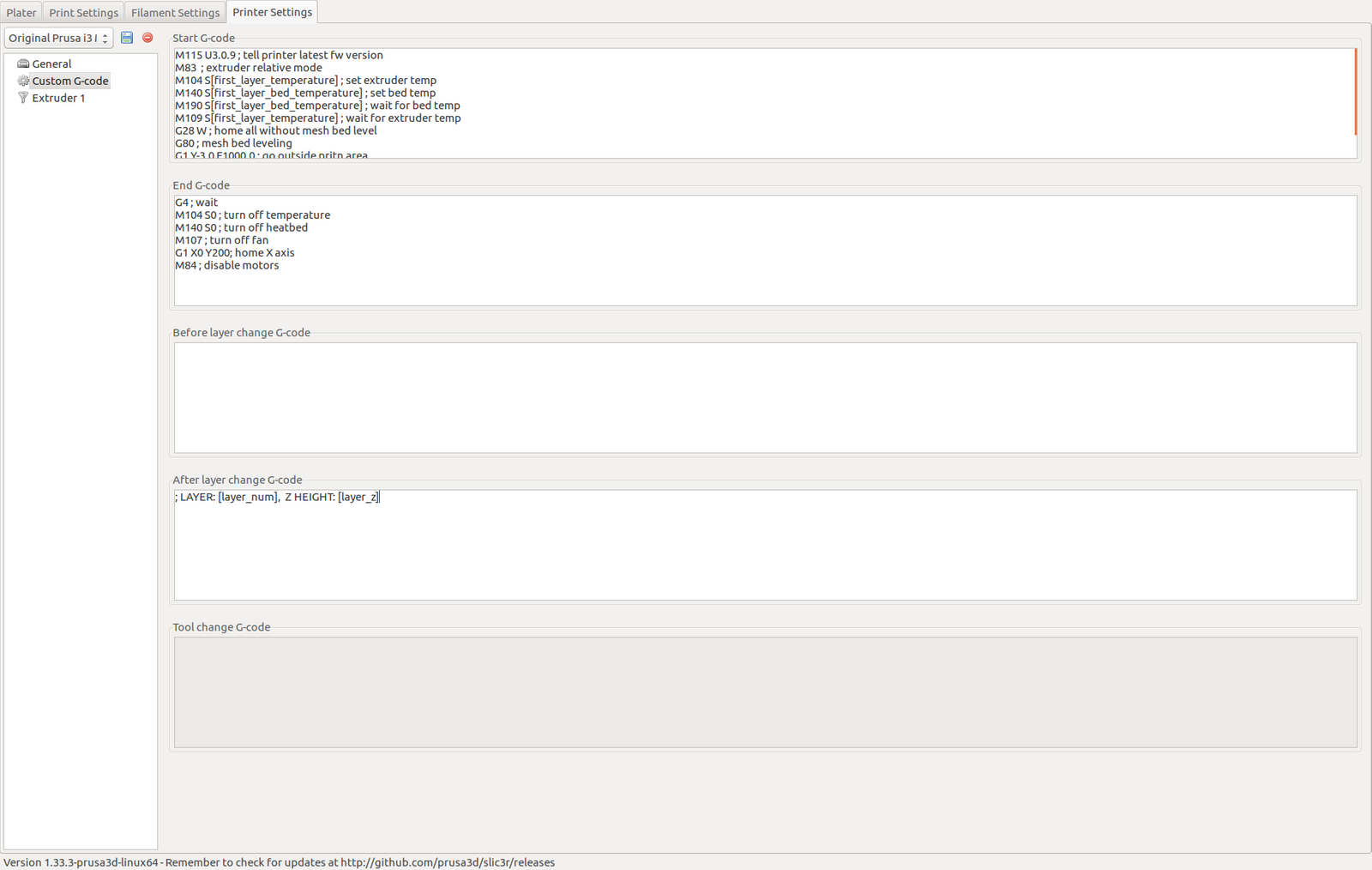 This causes Slic3r to emit a comment inside the generated G-Code whenever there is a layer change.
Next I opened my exported STL from TinkerCAD into Slic3er. Instead of the usual "Send to Printer", I used "Export G-Code" and wrote the G-Code out to a .gcode file.
I opened the .gcode file in an editor, and searched for the comment line containing "Z HEIGHT: 5.1" (I printed this at 0.1mm layer height. If you're using the default 0.2mm, you will need to look for "HEIGHT 5.2" instead). I inserted a blank-line with the word "M600" immediately after it. I also placed a semi-colon (commenting out a line) after it that begins with "G1 Exxxx": 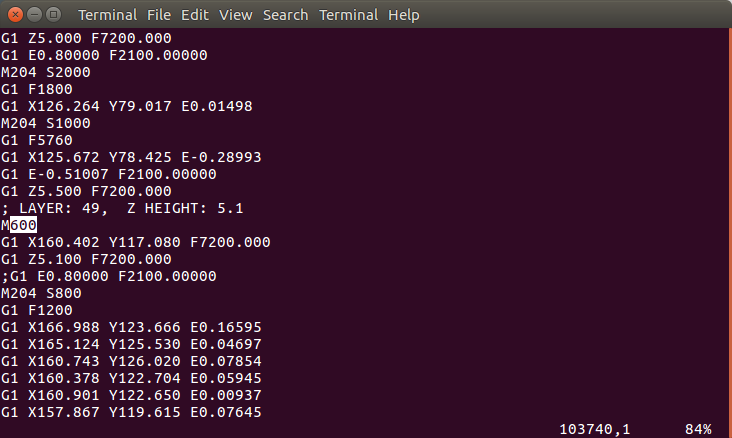 I then sent this .gcode to the 3D-printer, and started printing with white filament loaded.
Around the time it was printing Z-Layer 5.0 (you can monitor this from the LCD panel on the printer or from Octoprint's G-Code Viewer tab), I waited by the printer. When it has done printing Z-Layer 5.0, the printer automatically paused the print and started beeping and displays a prompt to remove the existing filament.
At this point I changed to print using black filament. The remaining layers to be printed are for the material surrounding the embossed letters, thus creating a black face, and leaving the recessed letters in white.
A slight downside to this is that when the keycaps are viewed from the side, you can see the black and white layers. This may be ugly if the side of the keys are visible. It's fixable by painting the sides by hand with black acrylic, something i can do easily as it doesn't require much precision.
Backlit Keys!
This opens up a few interesting possibilities. As an experiment, instead of using solid white for the base I used clear PLA, while retaining black PLA for the topmost layers. Here's what they look with a LED underneath: 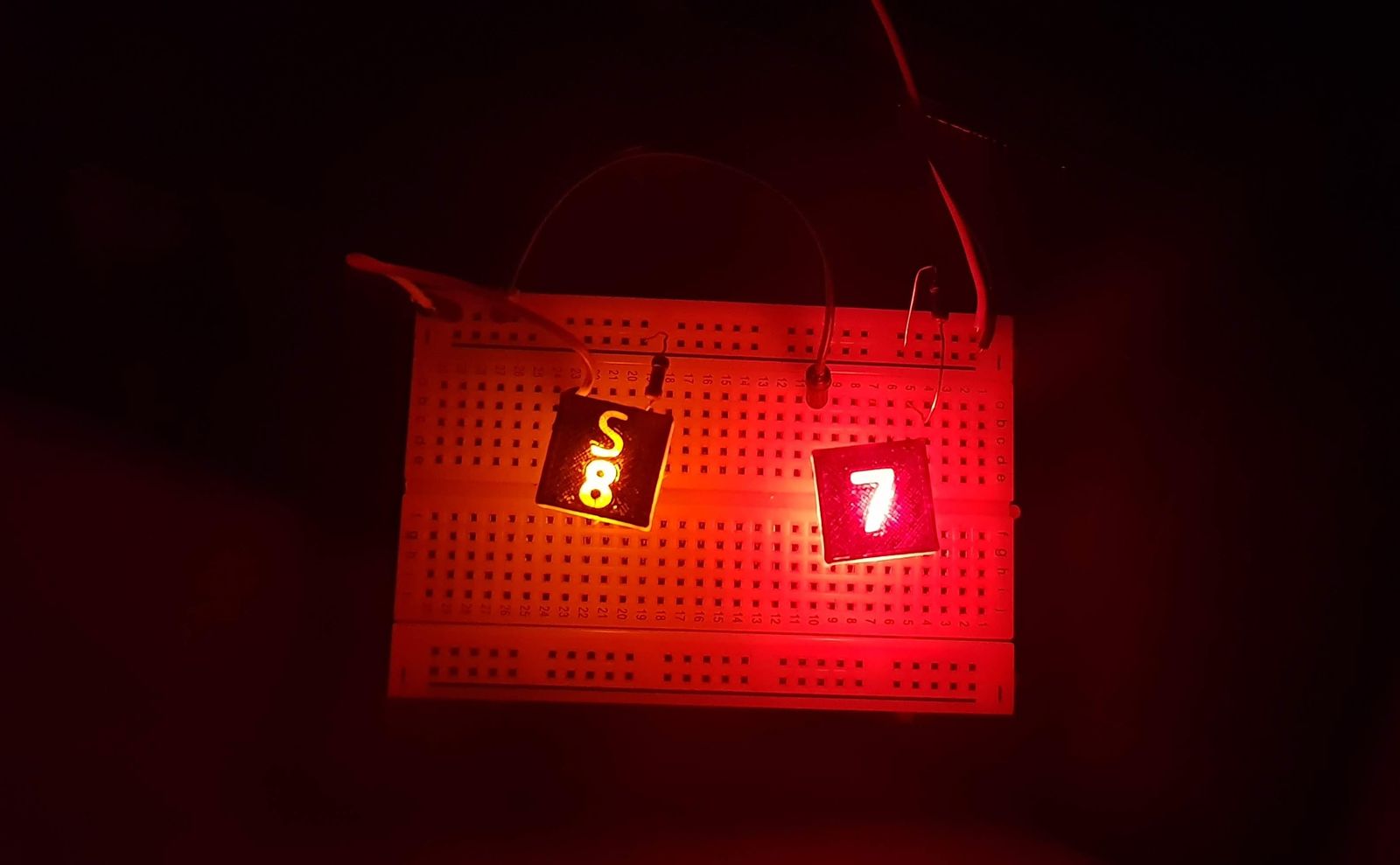 I think with some tweaking of the LED brightness and adding a few more layers of black, they may end up looking quite decent. Not as good as the ones made with a CNC machine, but when all you have is a 3D printer, this is probably acceptable.
It looks like at some point I will create a new version of my FMC PCB, but with support for backlit keys.
3Dprinting, 737Fmccdu
comments powered by Disqus