So my upstairs vacuum cleaner hasn’t been working so well these days. I’ve emptied out the dust box on it, but it is still way less powerful than it used to be. I “inherited” it so there were no manuals etc to go through, and it isn’t one of the more popular brands out there.Assuming that there was dust clogged in there somewhere, armed with a screwdriver I decided to open it up. Turns out that wasn’t entirely necessary, as upon closer inspection, I found there were actually a few more compartments that could pop-open, revealing filters clogged with dust.

I cleaned each one of those and put the whole thing back together, and now it is working like new again.

I’m not sure where to get a replacement for that square white filter (Most of the dirt is on the other side of it). It seems to be made of some paper-ish material so I think there’s going to be a limit to how many times I can clean it. The only markings on this unit are “King Cyclone”. 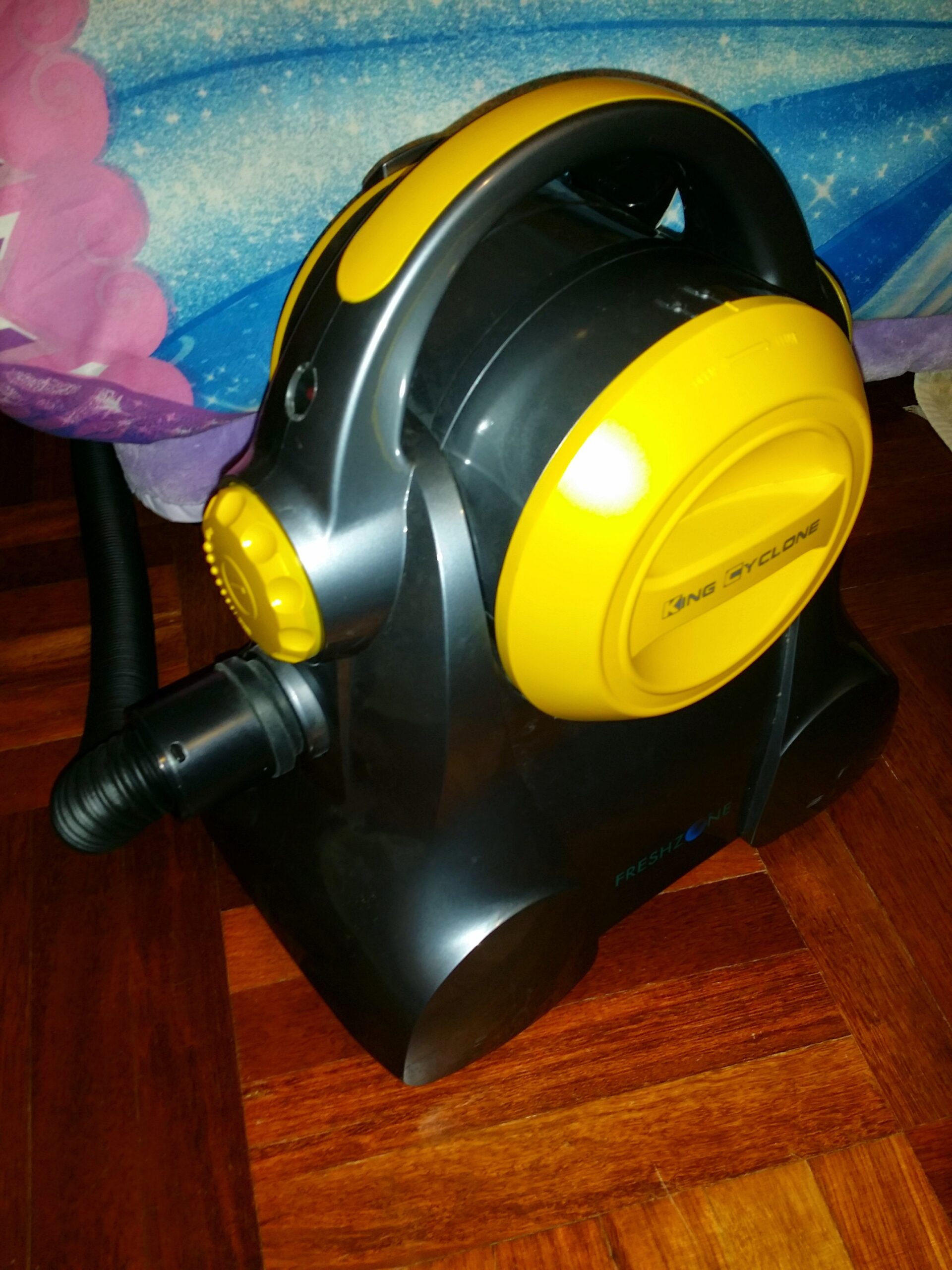 The regular dust-box. Unlike bagged vaccum cleaners emptyng this doesn’t help much with the suction ability. 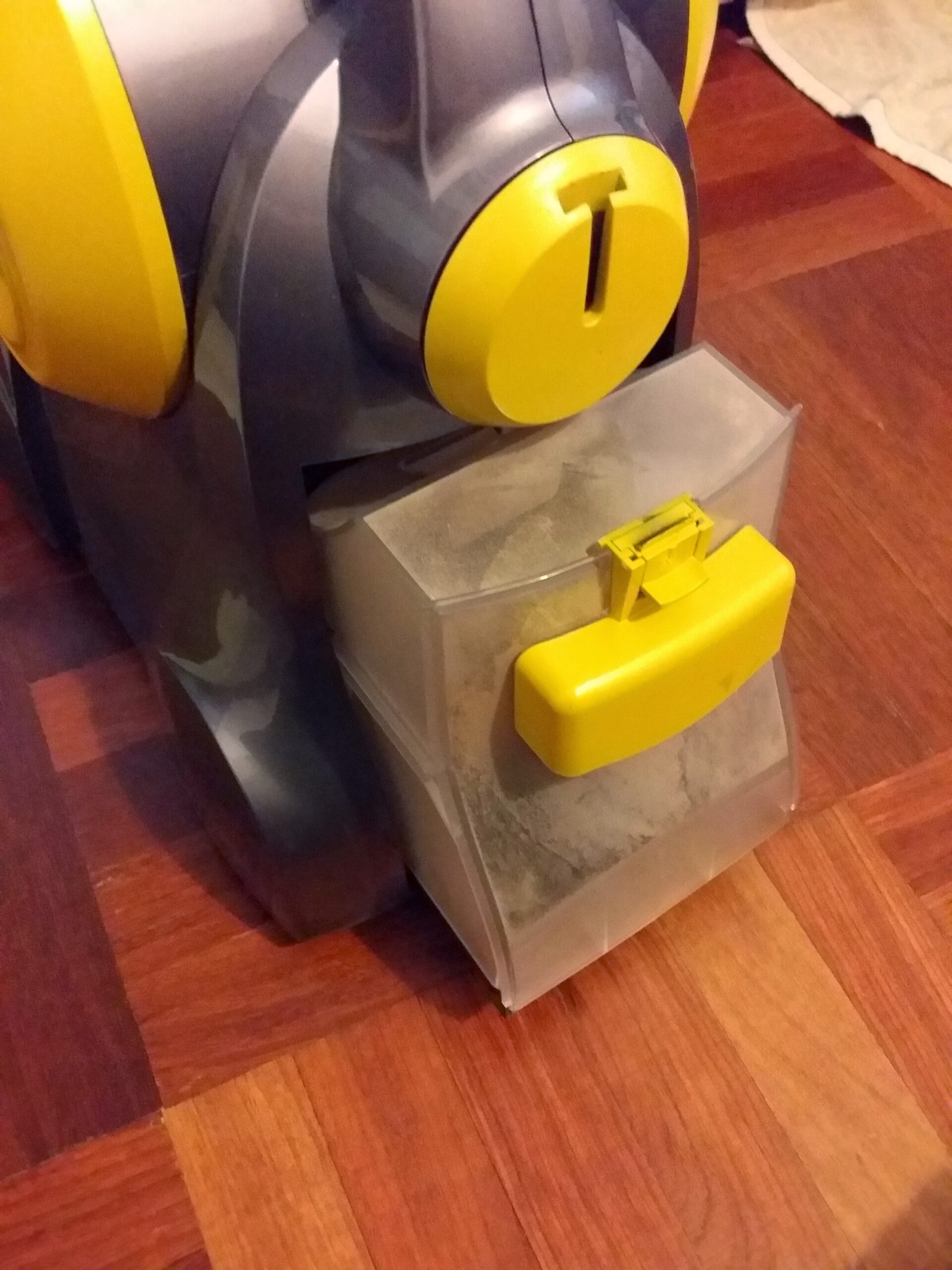 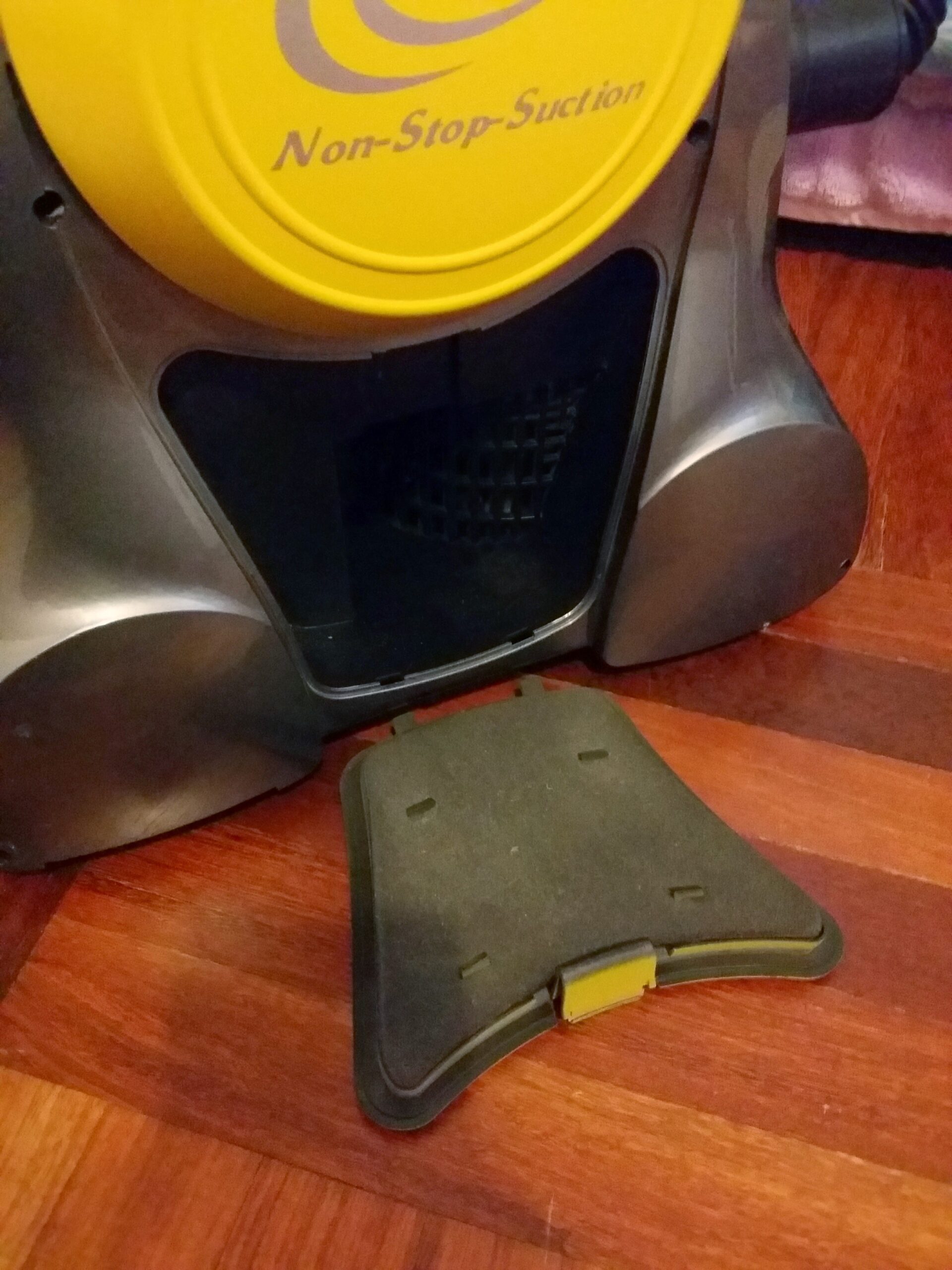 This filter was the most clogged (on the other side). I cleaned off what I could with a stiff wire brush, but would be good if I could find a source to replace them.

There’s also a sponge filter down in the bottom left. 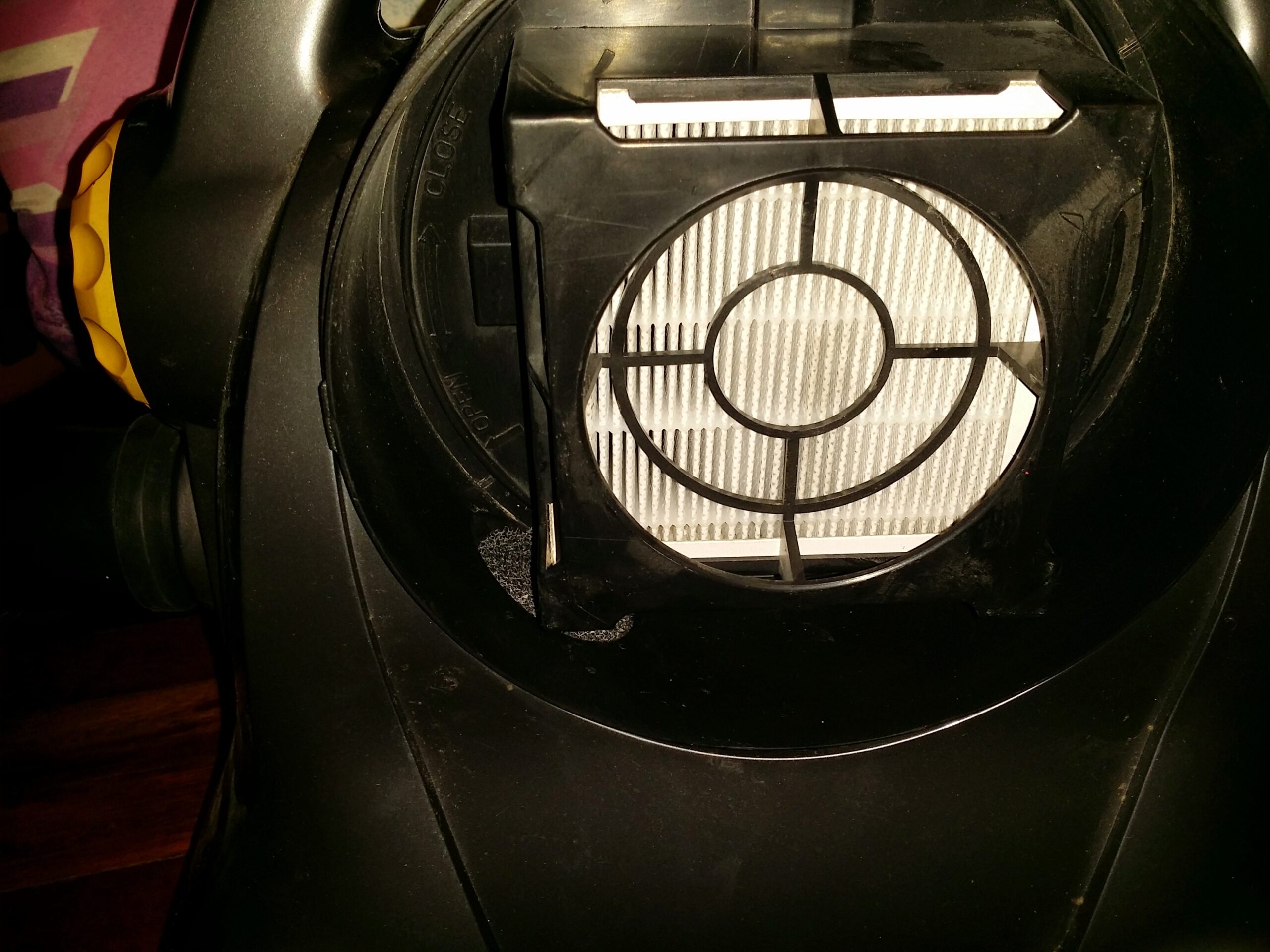