I found these push button switches have a built-in LED in the center. Looks like it is time to revisit the 737FMC project, this time with Version 3 featuring backlit buttons?

The yellow version is a bit closer to orange (a lot more orange than in the photo below), but I think it’s fine. The LED is on a separate circuit from the switch itself. 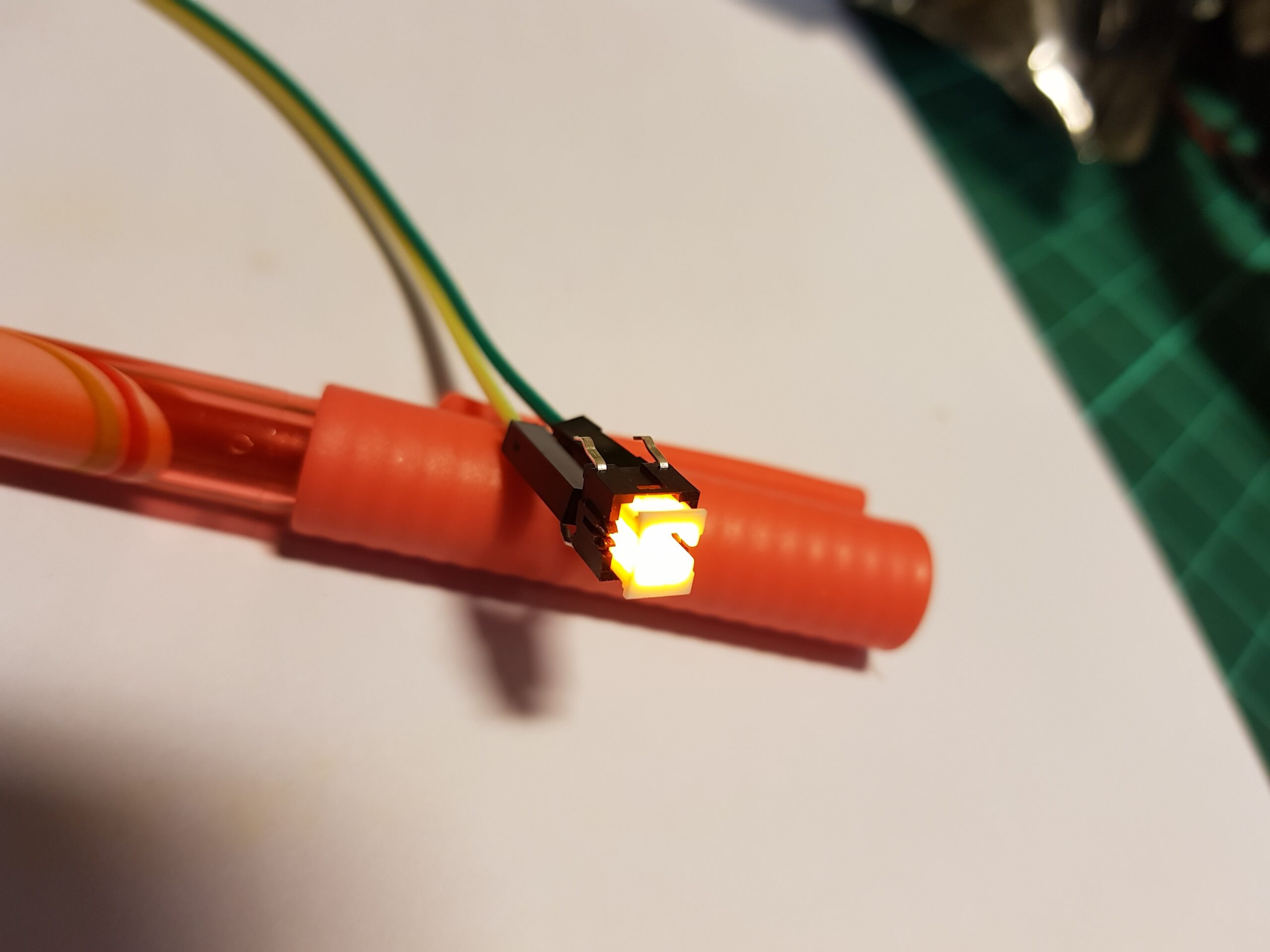