Internet Down! Well not really …

So there I was doing work on my PC  last Friday when suddenly I lost my UniFi Internet connection. It was as if millions of voices suddenly cried out in terror, and were suddenly silenced. I felt something terrible had happened.I went downstairs and took a look at the equipment, and the VDSL router seemed to be resetting itself repeatedly … it would start up with its initial sequence of lights but then within a few seconds, everything would go off and start over again. My UniFi has been rock-steady for the last 2 years, so this is a bit of a downer.

And it’s a Friday. No nope of getting Telekom Malaysia (TM) service over the weekend. And I was going to be away from home from Monday to Wednesday, so I could only report the issue on Thursday (TM closes the ticket if they can’t reach you in 24 hours). And then it would be telephone tag with the service team to get an appointment. And then a long weekend. I was looking at being without proper Internet for ten days!

I tethered my Note 3 to my desktop and managed to get some work done at LTE speeds (Which to be honest is faster than my UniFI connection. Note to future self: do not ever cancel the “unlimited” 10GB plan). I could actually get by with that — I used over 2.5 GB over the weekend while being frugal — but I also run some development services so off my UnifI connection which needs a public IP. Fortunately, most of the people who were dependent on those services were also on the same trip so there wasn’t much of an uproar.

I got back home from the trip around midnight on Wednesday, unpacked the basics, disconnected my LinuxRouter and put back the TM supplied router, and browsed over to http://occ.unifi.my on my tablet. No luck — the online customer care site was down for maintenance that night. Bit the bullet and  called the call center. The guy got me to read out what status lights were on on the equipment, and tried to “reset my port” to no avail. Fortunately, since my phone service was out as well, it was obviously a fault with the VDSL modem or line, and they didn’t invoke the “things to check on your Windows PC first” script on me (which would be tough since I have no Windows PC). Got the usual “we will get our technical team to call you back”.

I prepared myself for telephone tag on Thursday, but luckily managed to answer the call when it came. I got an appointment for that afternoon! What followed must have been the fastest ever TM Unifi tech support fix ever … they came in, took a look at the lights, plugged in a replacement power adapter for the VDSL router and everything was back to normal again in less than a minute! Seems this is a “known” problem.

I’d actually checked the voltage on the power supply earlier and it read 12V, but probably it has some problem when there is a load or can’t supply enough current when faulty. It’s 12V 1A which means, knowing the issue, I could have found a suitable temporary replacement around the house. Useful to know for the future. I’m keeping the plug on the old power adapter in case I need to rig up something someday. 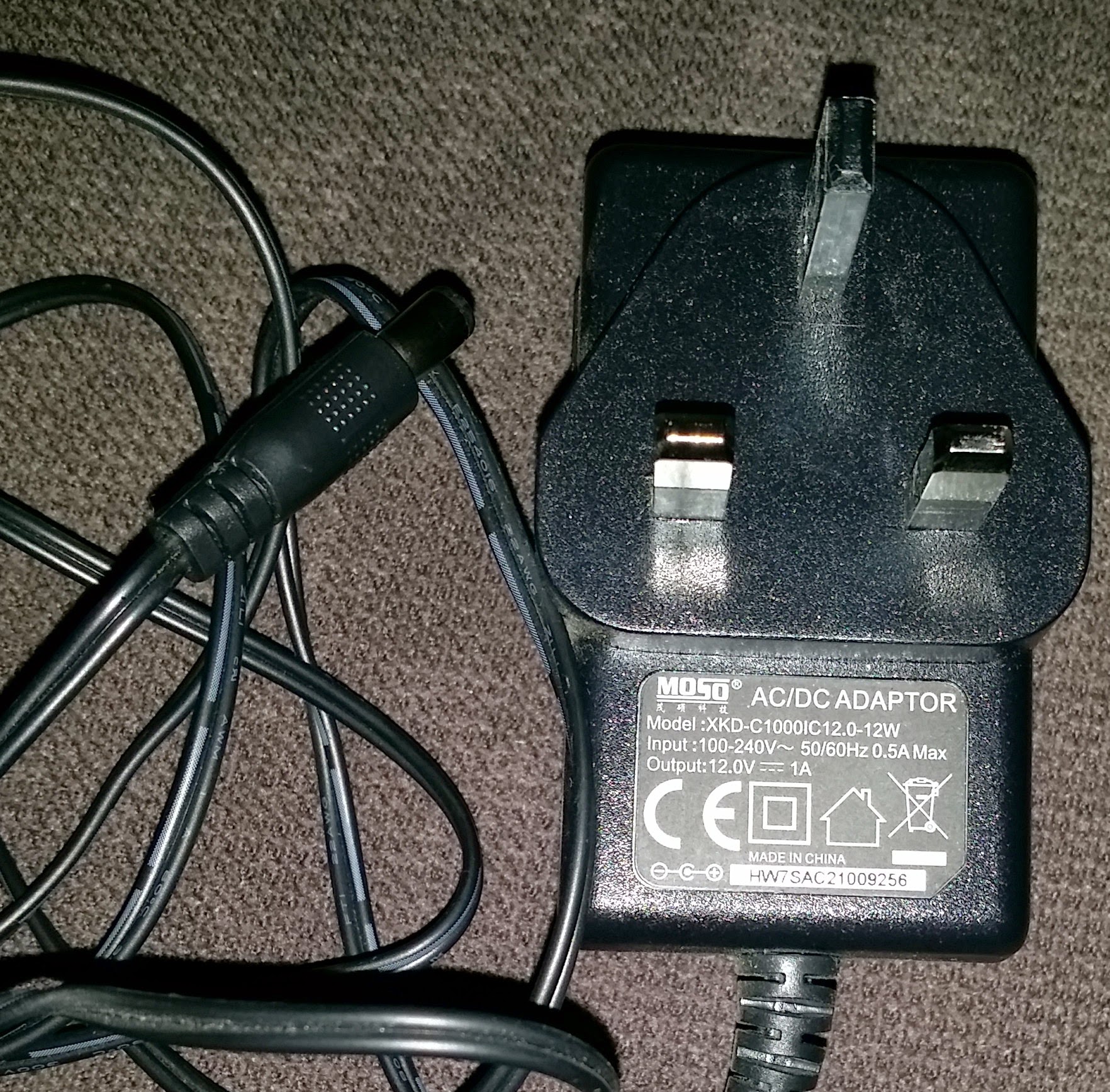