A few years back I did a bit of mapping

A few years back I did a bit of mapping for the OpenStreetMap project. I tracked and digitised roads around the areas I lived and frequently visited, mostly near the Sungai Buloh and Sri Damansara areas of Selangor in Malaysia. I also put some effort into tracing some of the nearby factory buildings.Fast forward a few years to today and I’ve been playing around with the X-Plane flight simulator. Although it has many detailed European and North American airports, the Asia region has been quite lacking. Taking off from the Sultan Abdul Aziz Shah airport (a.k.a. Subang Skypark) one finds oneself a sea of green amidst a few hills and that’s it.

But then I discovered the osm2xp project ( http://wiki.openstreetmap.org/wiki/Osm2xp) ! This is a converter that takes OpenStreetMap data and uses it to generate scenery files for X-Plane. Not only does it render roads but buildings in OpenStreetMap are also converted and form part of the scenery. After I downloaded the pre-generated file for Asia and copied it into X-Plane’s Custom Scenery folder and edited one of the configuration files to indicate which scenery data set had priority, taking off from Runway 33 brought me into a very recognizable world! Since I was familar with the area I was abld to navigate by following the roads. Immediately on take off I turned right and followed the Subang-Sungai Buloh road northwards, turned left at the KTM Kommuter station and flew over Bandar Baru Sungai Buloh, then headed northwards to the Hospital Sungai Buloh interchange, then turned south and flew past Damansara Damai and Sri Damansara.

The road data is rendered realistically in X-plane, although errors in the map data (particularly Z-Level errors which may not be noticeable in OSM) will of course be wrong in X-Plane also. Furthermore, I don’t believe the OSM data details how many storeys are in a building, so the quite often osm2xp gets it wrong. But even with these misgivings, it does help bring alive many areas. Even where there are no buildings digitised, X-Plane will generate random houses and buildings related to the density of roads at that location. There are also random vehicle traffic generated, and where train tracks are found, there will often be a train on it. An extra bonus comes when flying at night … streetlights are visible from the aircraft, together with lights from cars and buildings. All in all it is definitely worth installing.

This is also one of the reasons why I feel that despite better quality maps from Google Maps and Waze, projects such as OpenStreetMap with its open-sourced data are still valuable and have an important role to play. Having a freely-licensed data set available encourages people to come up with all kinds of interesting uses for it! 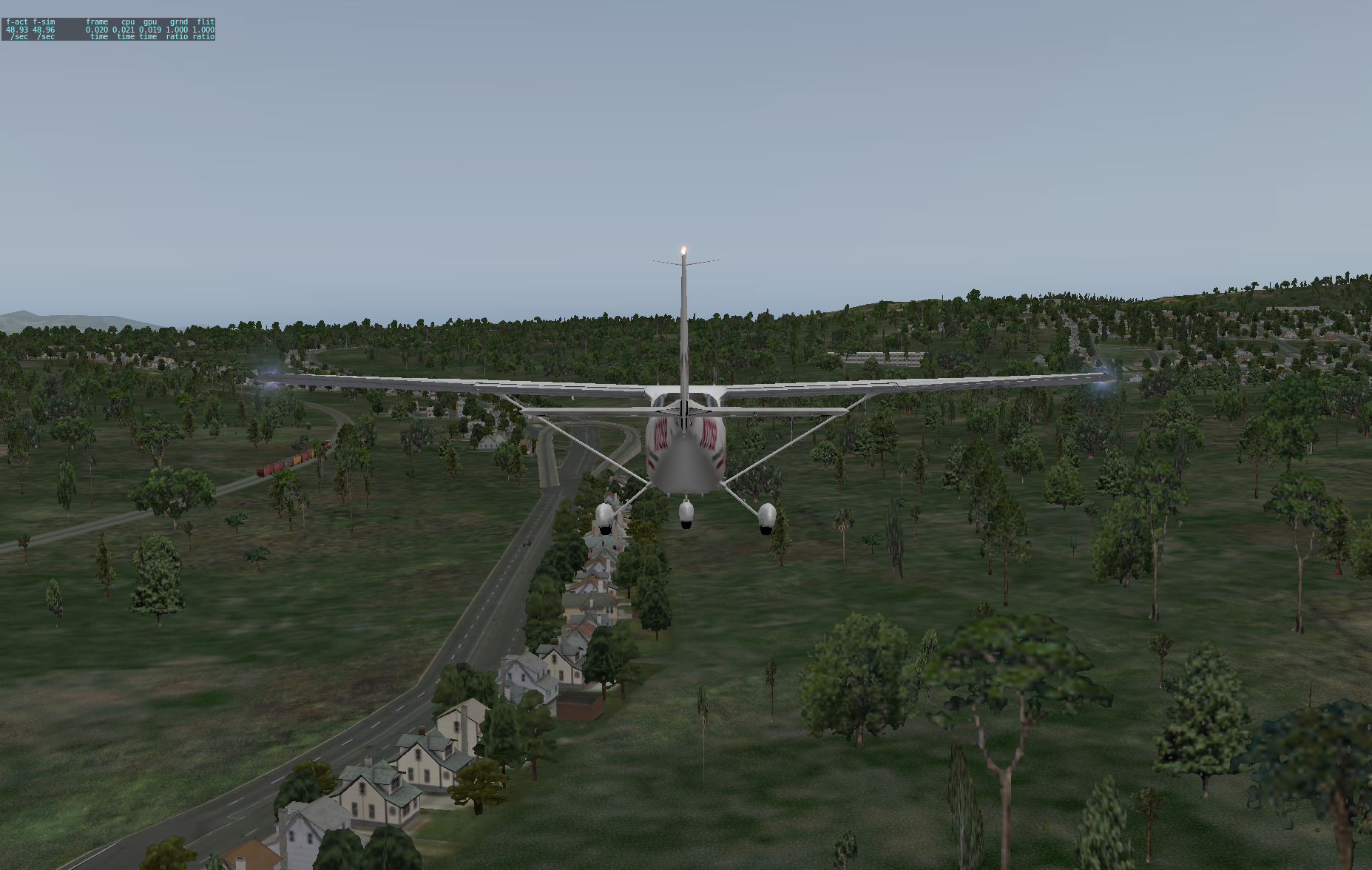 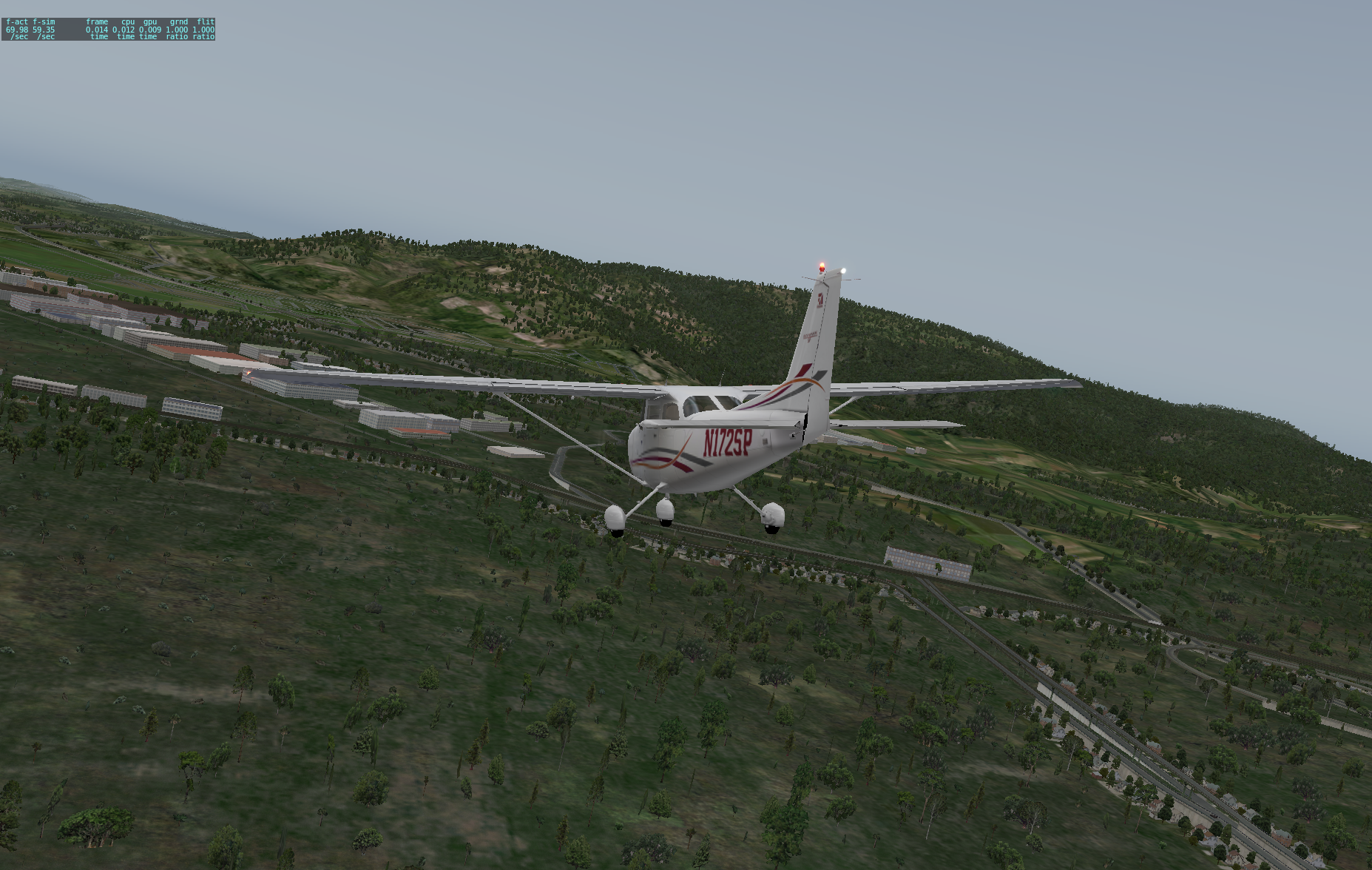 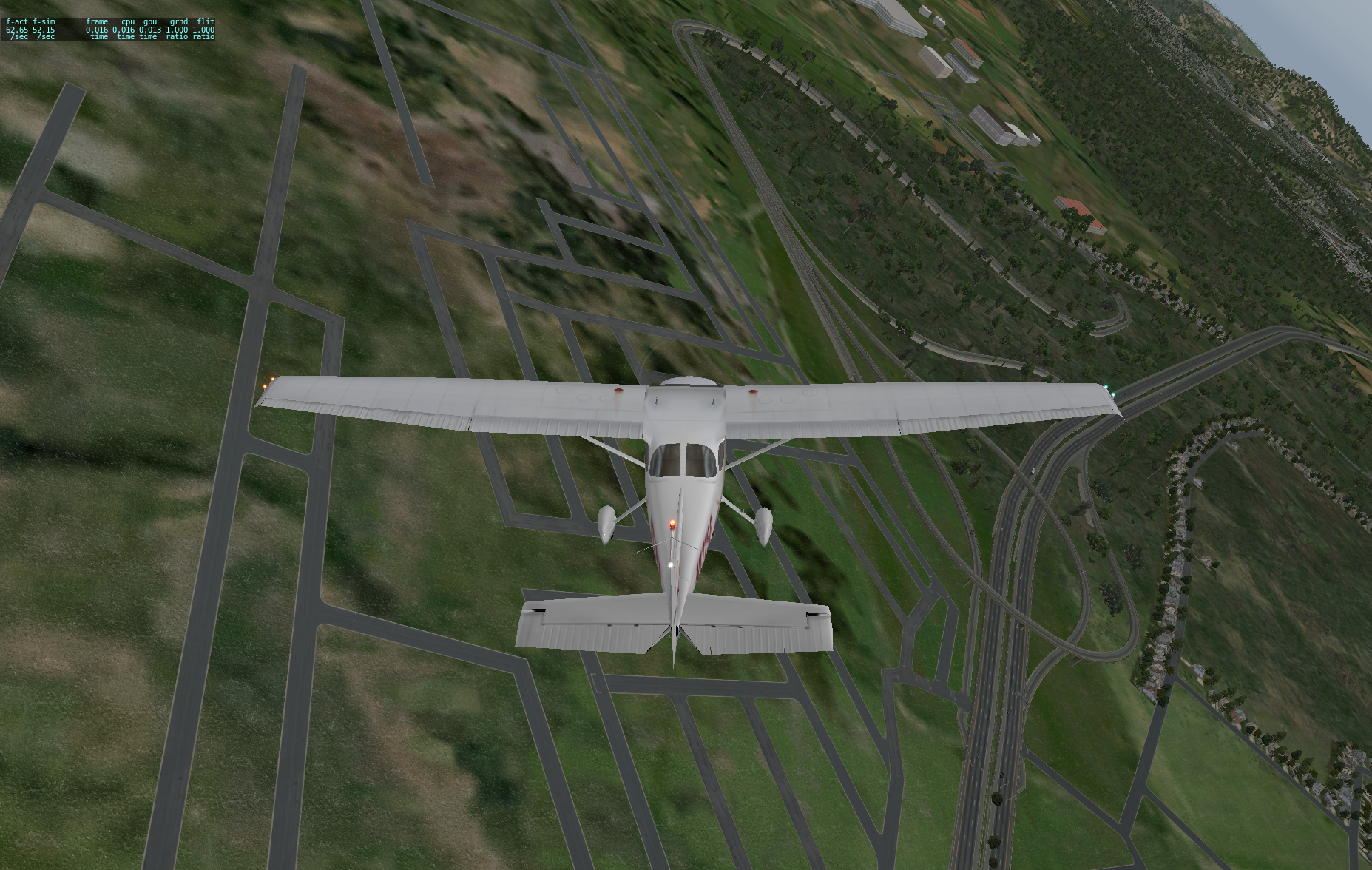 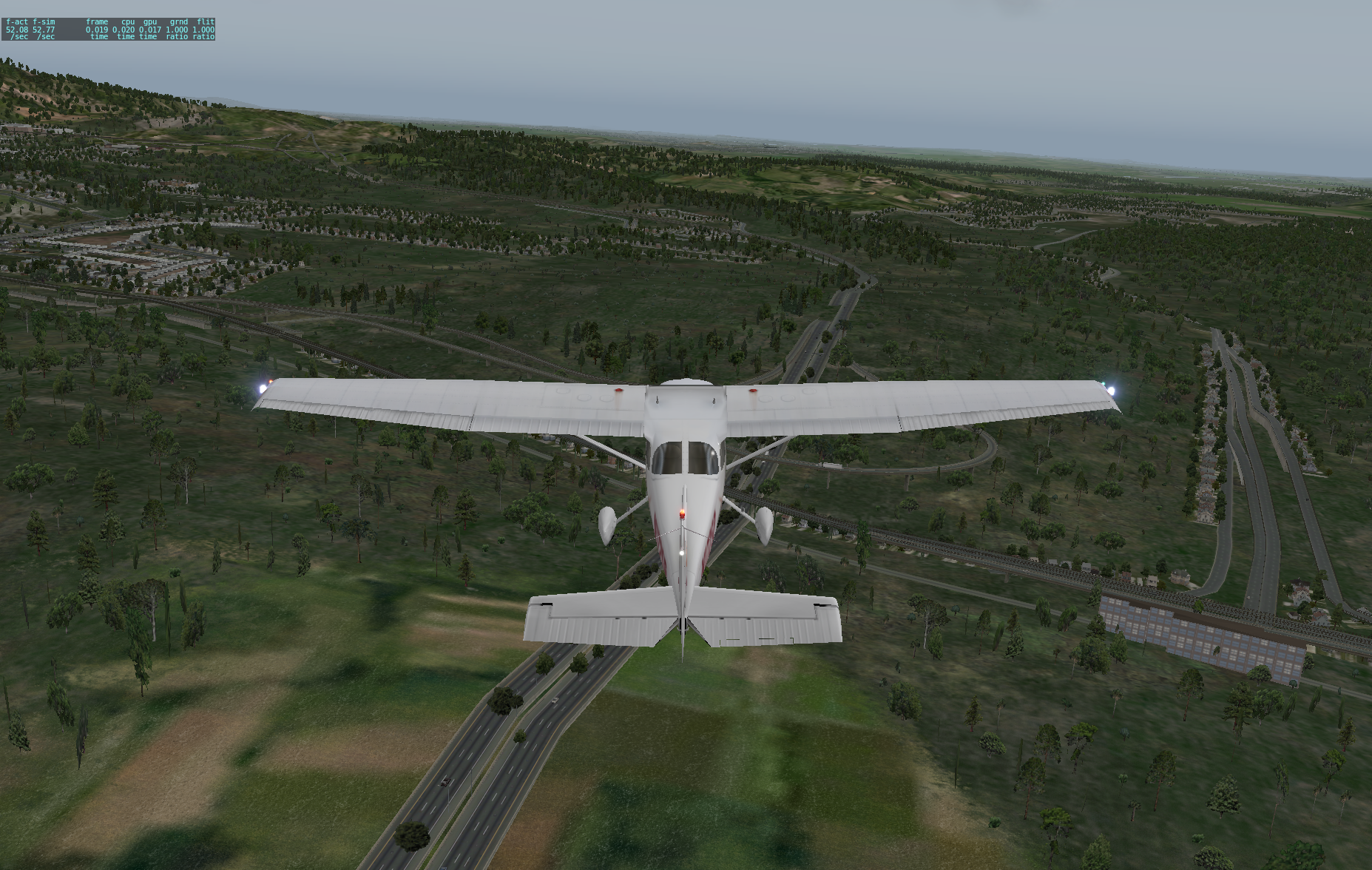 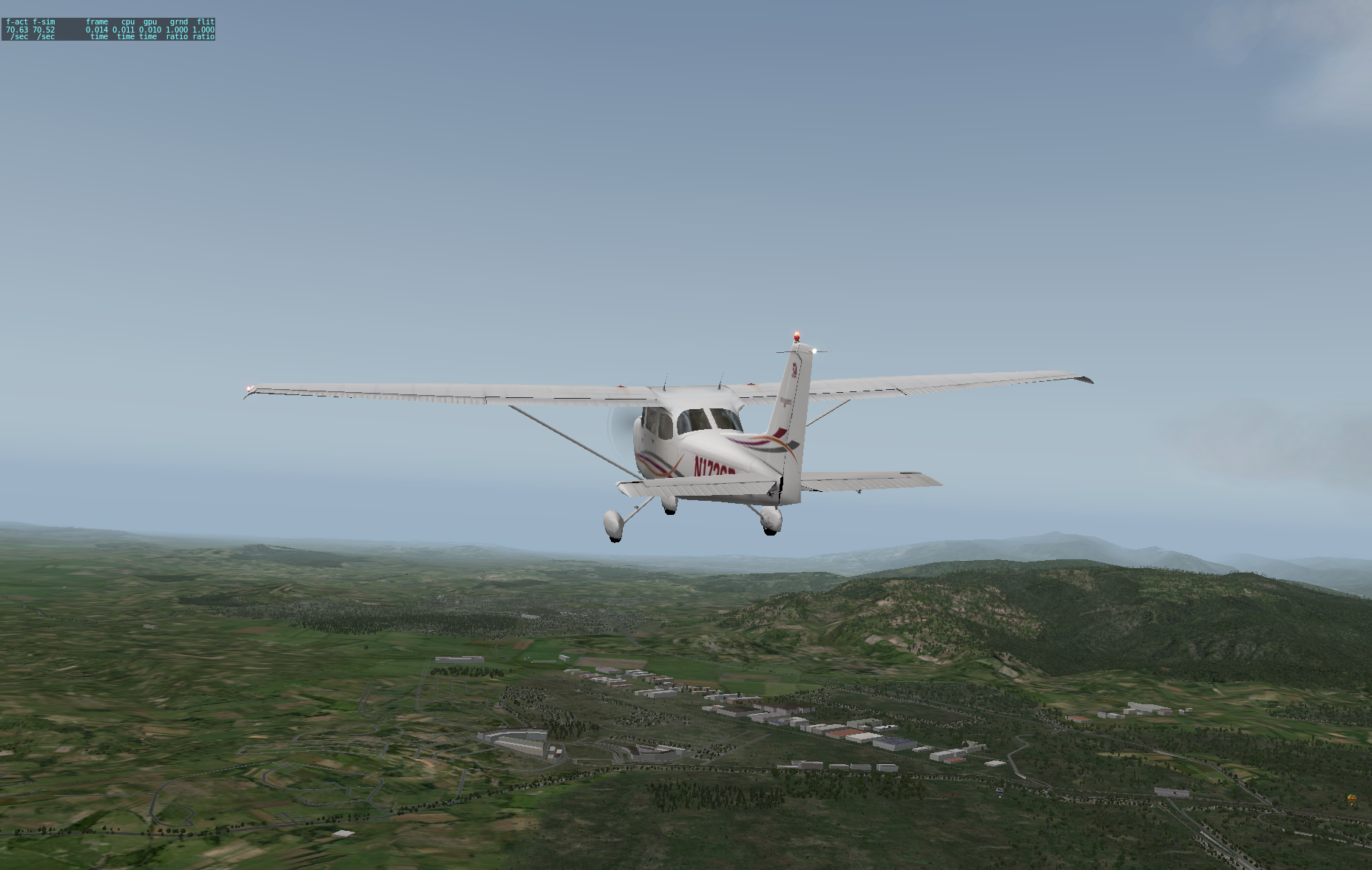 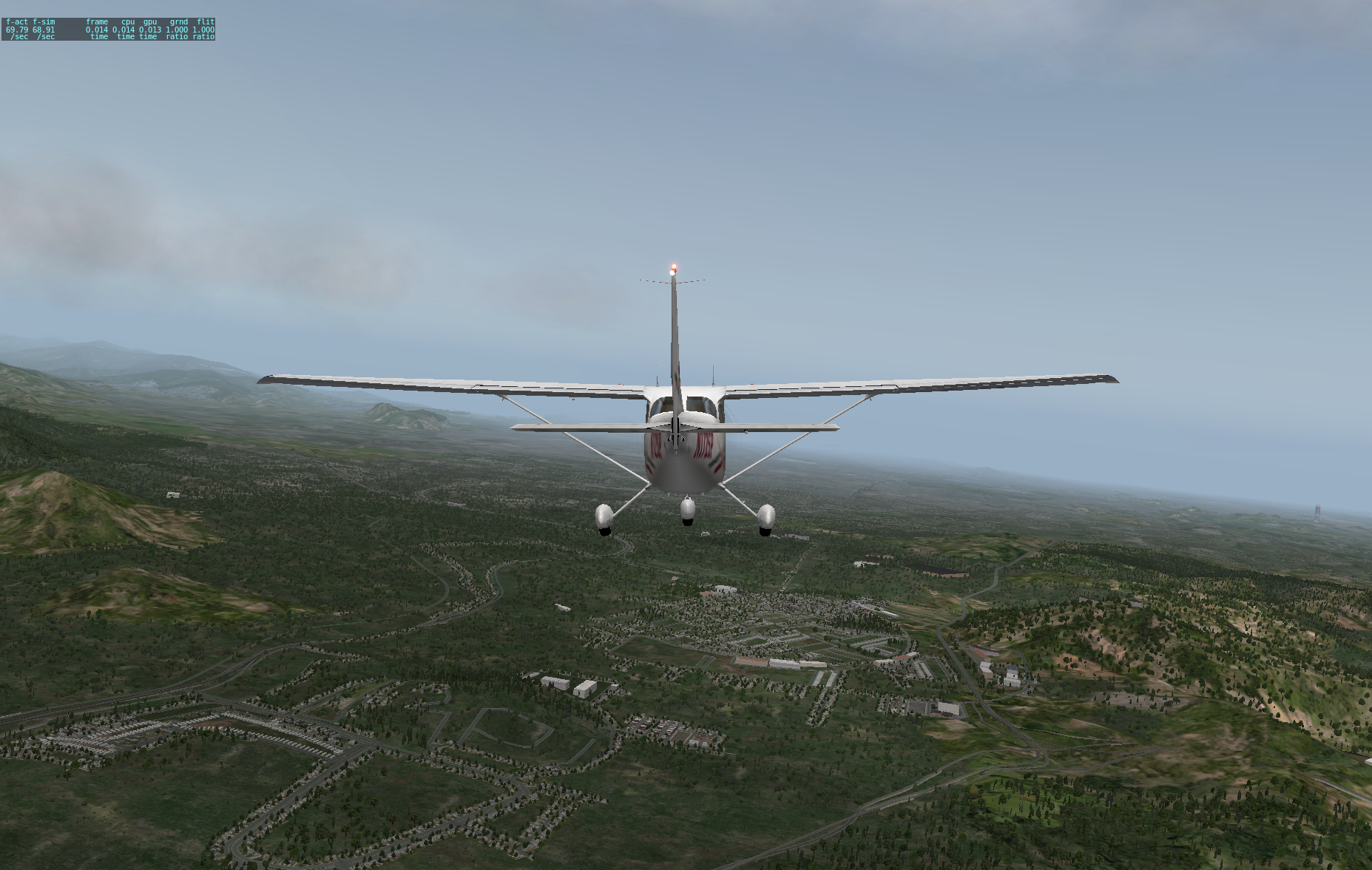