As I may have mentioned in a note or two back, our maid is on Emergency Leave and so we’ve decided to migrate to Ipoh for a while, where the Support Services would be better. On good days, this has actually been a bit more productive for me as there’s less things to deal with where not being in KL also means no “come meet for lunch lah” type of things (Bad days are shitty regardless of where you are). 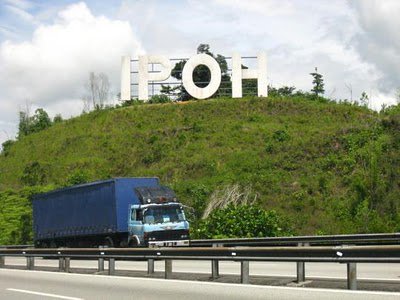 Anyway, I brought my desktop PC over, and there’s a streamyx connection here (not as fast as at home but it’ll do), so essentially, the “office environment” is pretty much the same. A few things needed upgrading however.

I brought the CPU only, as my 24″ monitor is fixed to an arm on the wall, and it’s too bulky to be moved around. There’s an old 14″ monitor here, but I knew I’d be miserable with it, so before leaving I ordered a 24″ monitor from Dell, to be shipped directly to Ipoh. The seemed to have the best price for a 24″ monitor, and also as much as I’m beginning to hate their laptops and PCs, their 3 year onsite support makes it an attractive option (especially when you’re in Ipoh).

The online order had a slight hiccup, for some reason the system lost my shipping and billing address, and so a day was wasted for me to resubmit those. Anyway, after suffering with the 14″ monitor for a few days, it arrived … 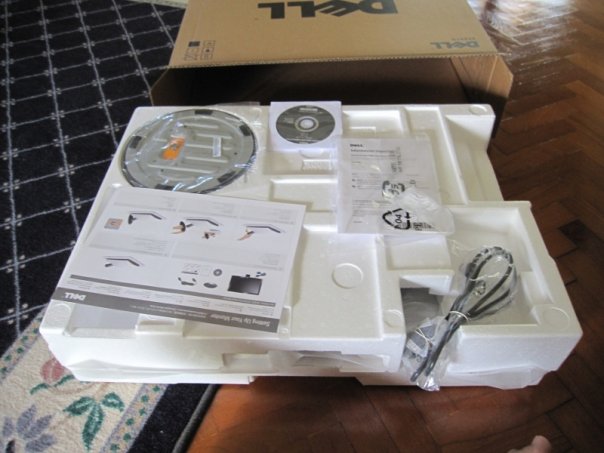 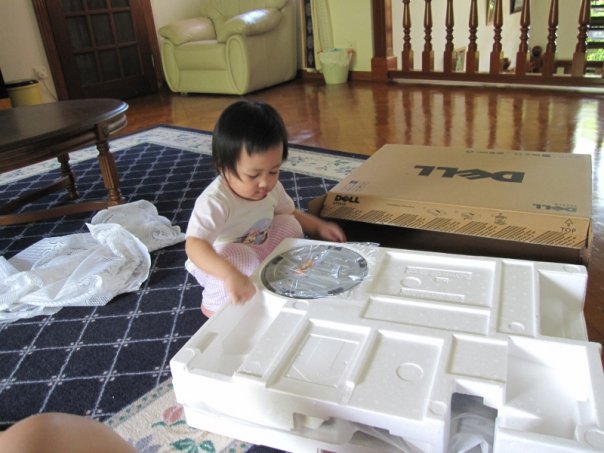 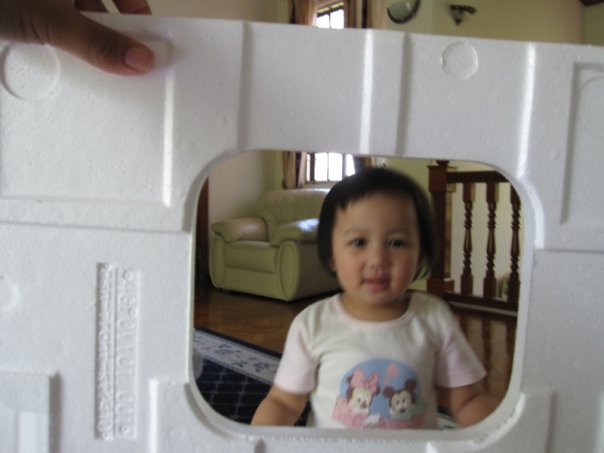 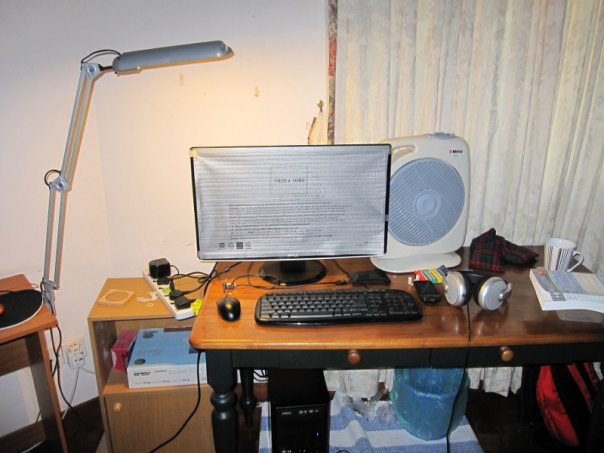 Review: First of all, compared to my older dell LCD at home, this monitor actually looks good. It has a glossy black bezel (attracts dust), and a curved rear panel that’s in white that peeks out of the lower side slightly. There’s a single power button in front, and the control buttons are hidden in the side of the unit. It actually looks like an oversized apple Ipad.

It has VGA, DVI and HDMI inputs, but comes only with a VGA cable. I thought I could just buy a DVI cable outside for cheap, but forgot that this is Ipoh. I finally found one shop that had a DVI cable for RM50+, but the salesperson wasn’t sure if it was the right type (DVI connectors are keyed depending on the type, there’s single link and dual link, and also DVI-I, DVI-D and DVI-A), so I figured I’d stick to the VGA for now. The VGA video is pretty stable though, comparable to the DVI setup I have on my home monitor (The only reason to get a DVI cable was so I could setup the 14″ LCD as a secondary display).

I really thought the ratio would bother me a lot, and it did take some adjusting too the first day or so, but it it’s actually quite nice. I think the phycal height is the same or bigger than my existing monitor, and it definitely feels longer. So while there are fewer pixels, the display area actually feels larger. I can make use of two windows side by side comfortably, which felt a bit cramped on my existing display.

All in all, I quite like this monitor … and am wondering if I will really be able to leave it here in Ipoh when I’m done. hmm … do I need a second 24″ display at home?

I had brought a pair of headphones (the big ones that go over your head) with me to Ipoh, but they feel heavy and my ears get hot after prolonged use. So I decided to add speakers to the PC.

Last year, I had bought a pair of Edifier M1335B speakers for RM109; for the price they sounded way better than the usual RM30 plastic speakers. 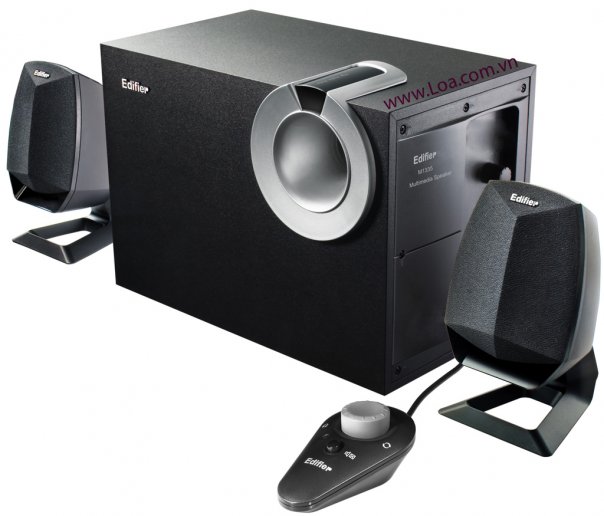 So much so that I decided to upgrade to the “Studio” (!) series S330d, as it had got quite a lot of good feedback on http://forum.lowyat.net. the M1335B went into my “to-be” gym room. For RM3xx, I was extremely impressed with the sound output. 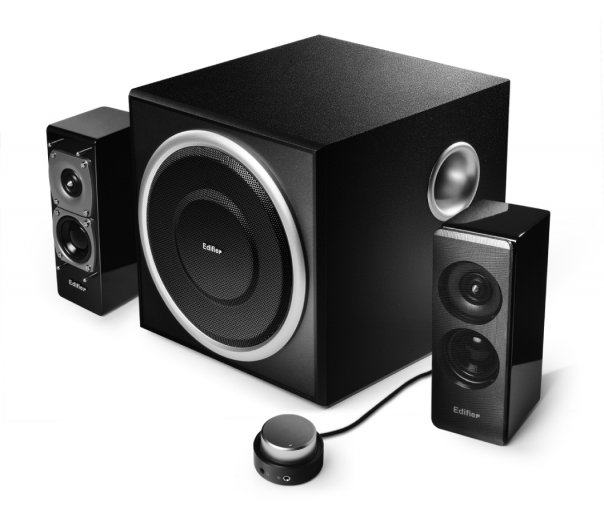 Now for Ipoh, I figured the M1335B would be “good enough” and would have settled for that, except that I am also looking for a pair portable speakers so I can listen to music on short trips without having to resort to earphones or built-in speakers on my phone or netbook. Browsing forum.lowyat.net I came across some good reviews of the Edifier MP300 plus: 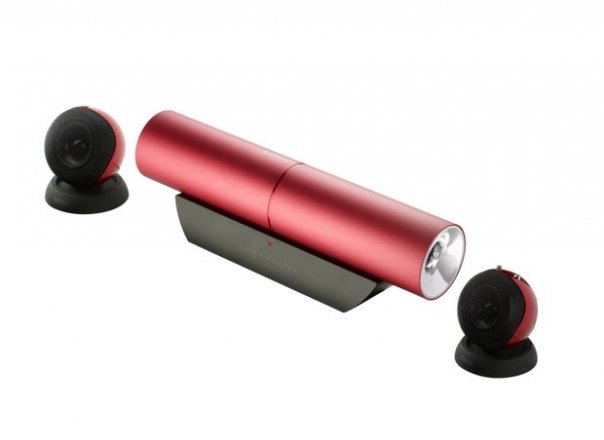 It has an optional carrying case to make it easy to carry the unit around, although it still requires AC power to operate. I must say I was quite impressed with the looks. After the hunt for a DVI cable at Ipoh’s computer shops, I decided to just buy it online. I scanned forum.lowyat.net and www.lelong.com.my and came across a few sellers. The first one went silent after a few PMs, as he didn’t have stock. The second, said he’d just run out of the standard pack and only had the one with the carrying case, which costs RM20 on top of RM249. These speakers are pretty expensive but I was smitten by the design, so went for it.

I transferred the money to the seller over maybank2u, and he shipped it the same day via Skynet, a local courier company. I was quite impressed that Skynet had an online track and trace facility via their website. I waited the next day for the package as it was “Out on delivery”, but nothing arrived! That night the delivery status said “Unable to deliver due to bad weather” … come on! This is Malaysia, what bad weather? If rain can stop a delivery I don’t think they’d be able to deliver anything for half a year. Anyway, I called then up the next day and they said for sure they will deliver it today, and they did: 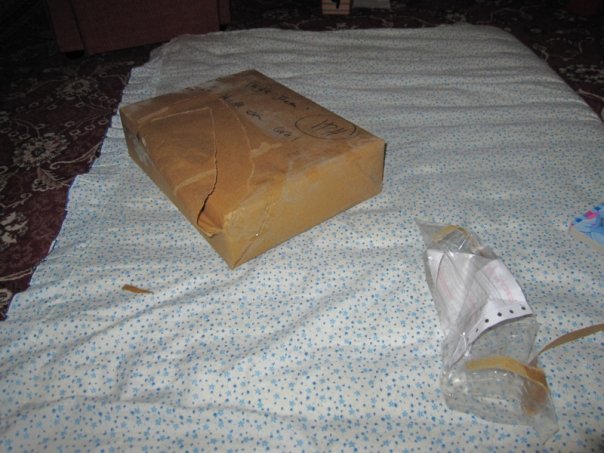 The package as shipped 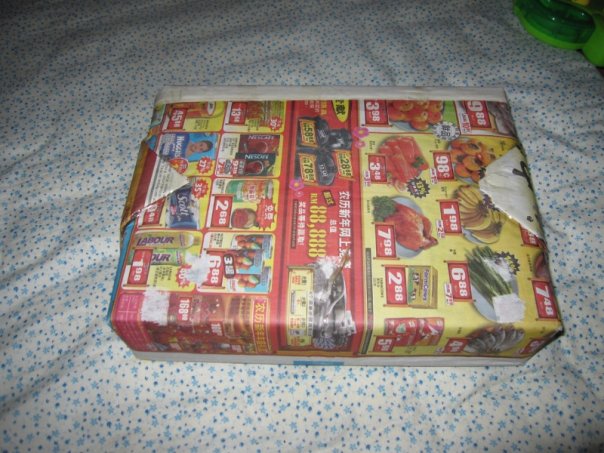 Going through inspection (inspector distracted by Tigger and Pooh on TV) 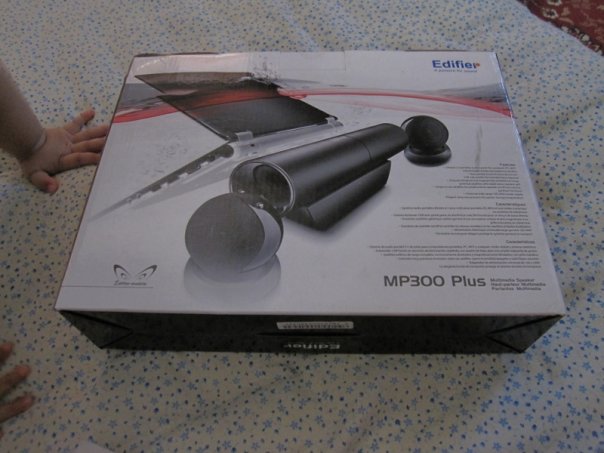 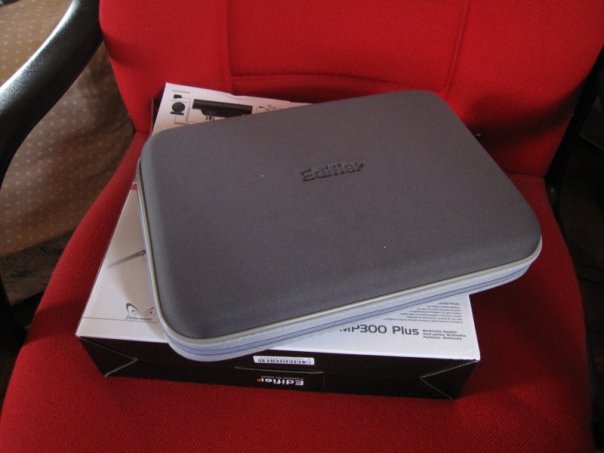 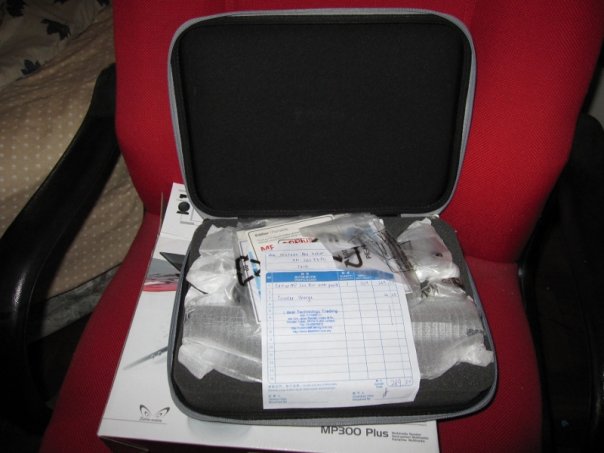 Inside the carry case 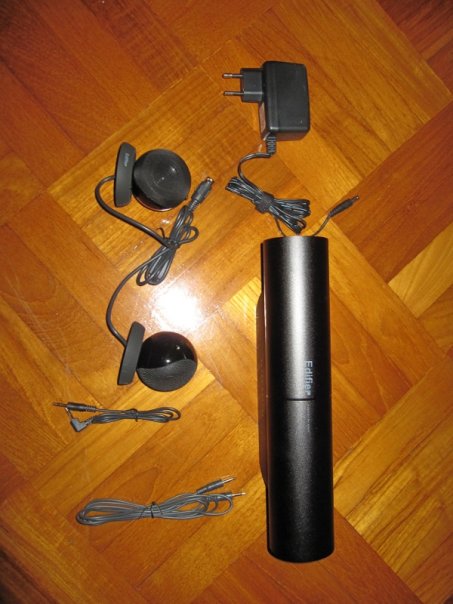 Components … sub-woofer, two satellites, power adapter, and two connecting cables: one for laptop on the table (short) and one for desktop on the floor (long) 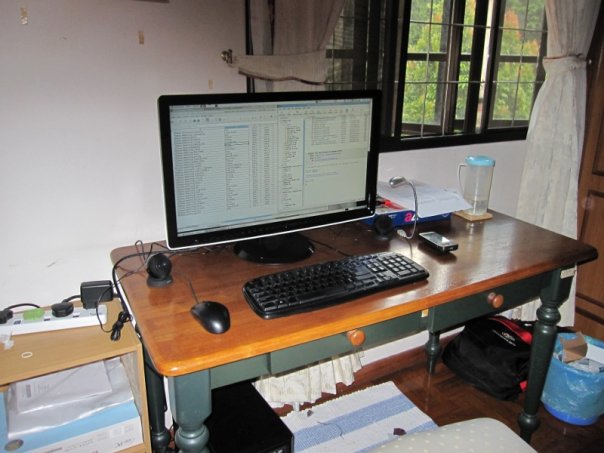 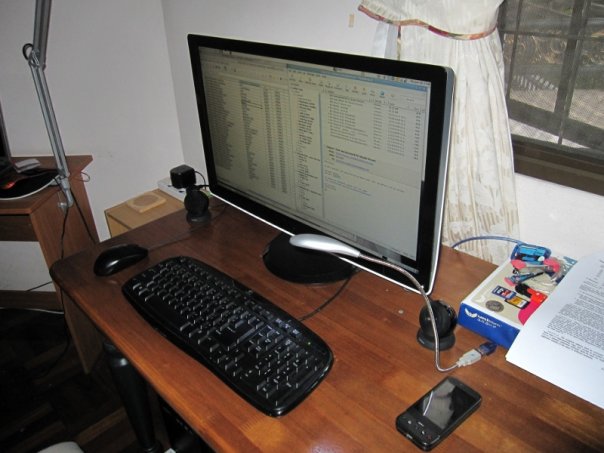 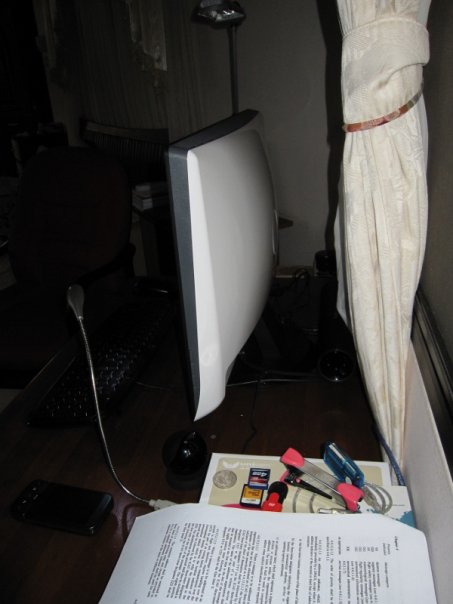 Sub-woofer behind the monitor

Review: ok, themoney went into the looks rather than sound quality. Maybe it’s the positioning of the speakers, but the short cables between the satellites don’t allow for much stereo separation, and there’s no separate level control for the sub-woofer, so you’re pretty much dependent on what the source lets you control. Somehow the sound just didn’t work for me … the bass was either too overpowering or I just could get the satellites positioned right to get optimum sound out of them. It might work better in a smaller, more enclosed room — might give it another try in my (real) office room, if I ever get it back.

Ok so there I was, minding my own business, finally got into the mood of doing work, and had reached page 7 of a set of presentation slides I was working on, and wham … the power goes off. This has been happening almost every day for the last few days, sine the “official” schedule power cut last tuesday, but this was the first time I potentially lost work.

Since my wife was out at Jusco (again), got her to drop by the computer store next to it, and came back with this for RM185 (there were cheaper models, some almost half the price with more capacity, but figured I’d go with the “branded” one in this case): 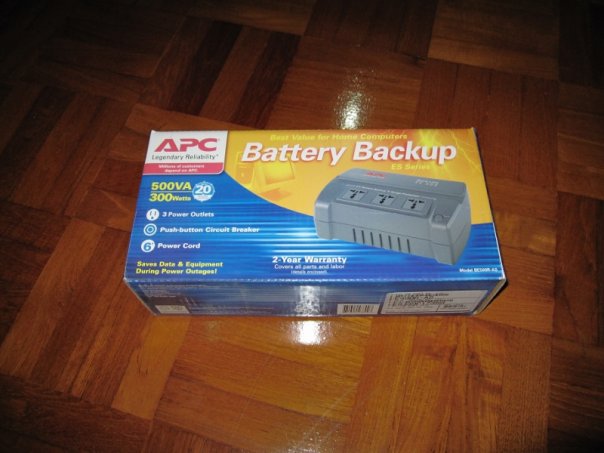 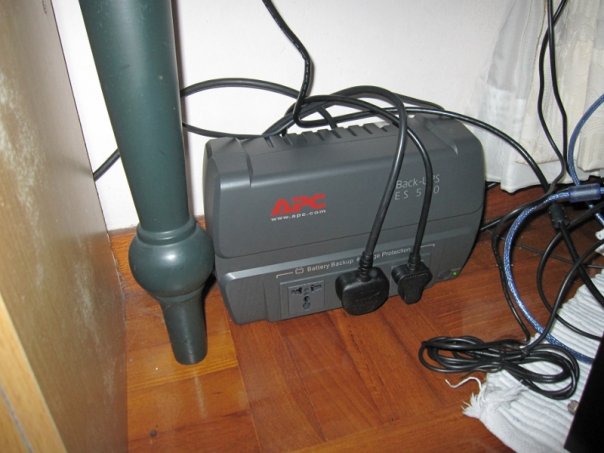 Once Alia goes to sleep, the Disaster Recovery Site goes into lights out mode. The last time I was here, I realised it’s pretty hard to type in the dark, as there’s no backlight for the keyboards. My usual IKEA reading light is too bright, so I got this little USB thing for RM5 or so: 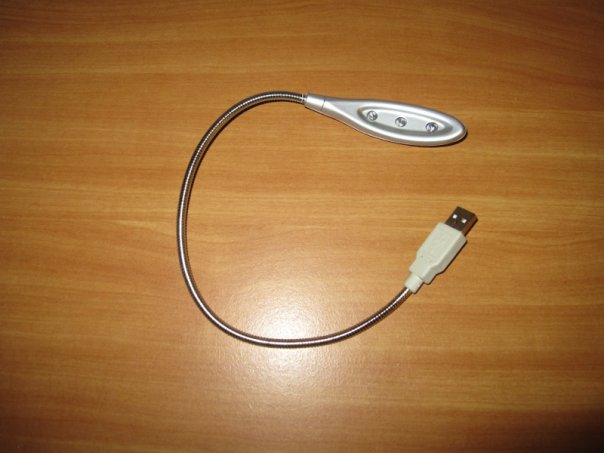 It’s meant to be used with a laptop, where you plug it into the USB port on the side. Since I had a desktop, I also got a USB Extension cable (RM5) so I could hook the light up on the desktop. 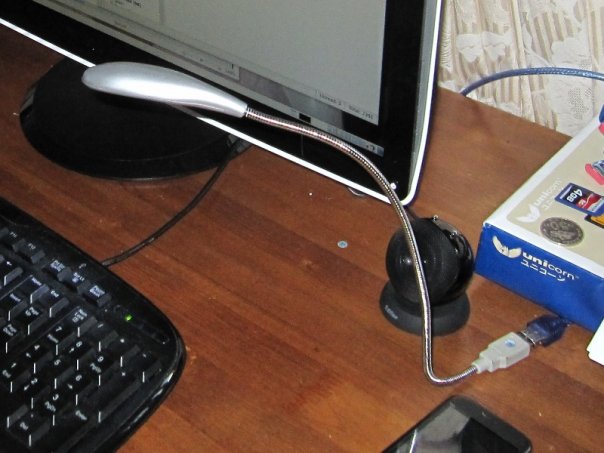 Review: It’s cheap enough, buy it, keep it in your laptop bag. Flexible arm makes it easy to orientate.