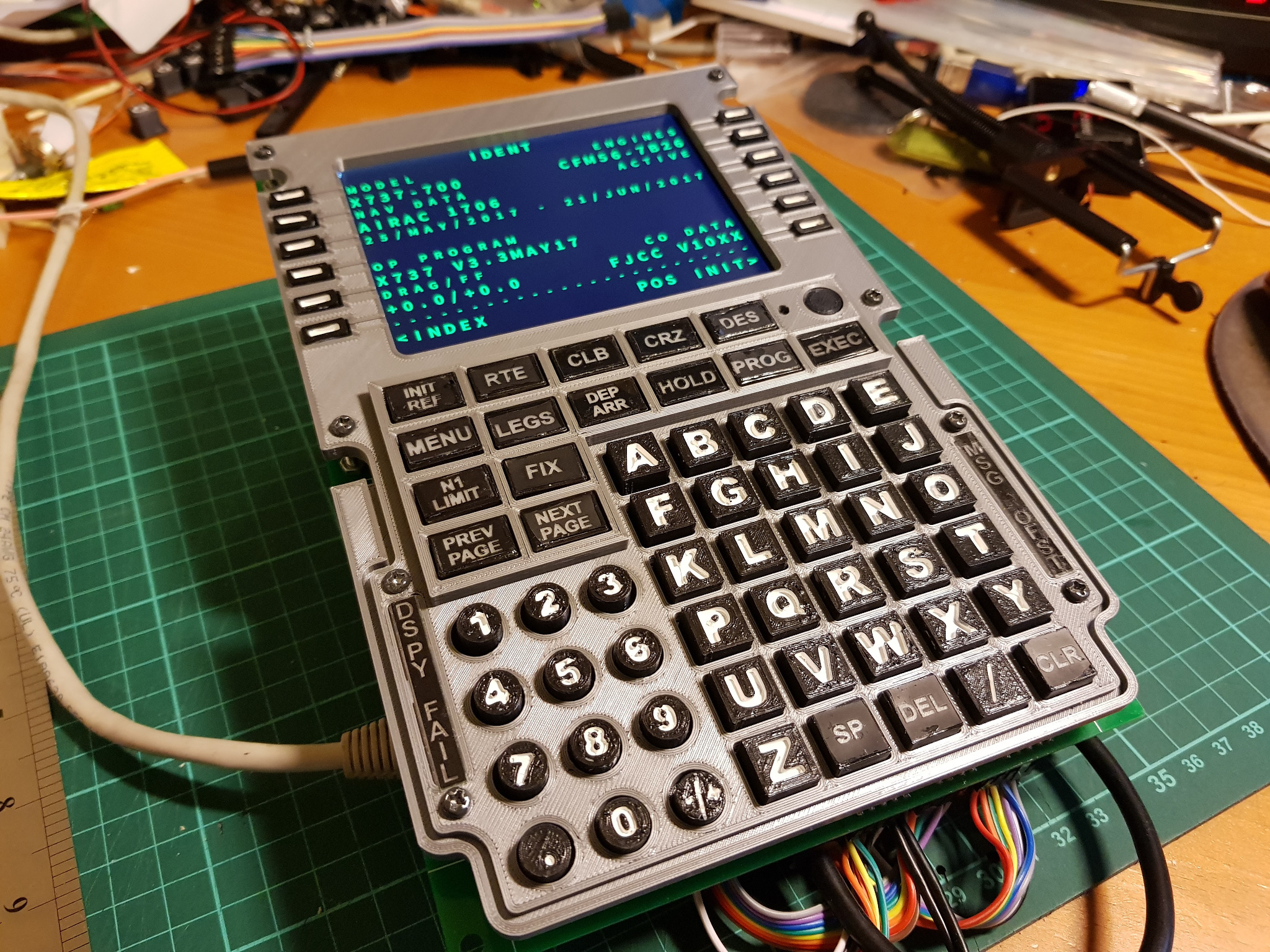 To connect the 737 FMC CDU PCB board to my X-Plane flight simulator, I used a Raspberry Pi 2. Almost any Pi model will do, provided it has the full 40-pin GPIO connector (i.e. not the early model A and B), networking, and video output to connect to the 5″ display.
The Pi talks to the FMC CDU PCB I made earlier using GPIOs. I needed 9 (cols) + 8 (rows) +  5 (LEDs) GPIOs which came up to a total of 22. Many of the GPIO pins on the Raspberry Pi serve dual-purposes, and so you must make sure to:
A freshly installed Raspbian usually comes with these features disabled.
For ease of wiring I bought a Female-Female Jumper Cable strip and just tore out how many wires I needed.

I also printed a bracket so I could mount the Raspberry Pi on the underside of the FMC CDU PCB using the existing bolts.
The first cable connects to “P1 – Cols” and was wired as follows:
The second cable is connected to “P2 – Rows” is wired as below:
The third cable is for the “P3 – LEDs” and is wired as below:
Here are some photos of the wiring connections on the FMC CDU end: 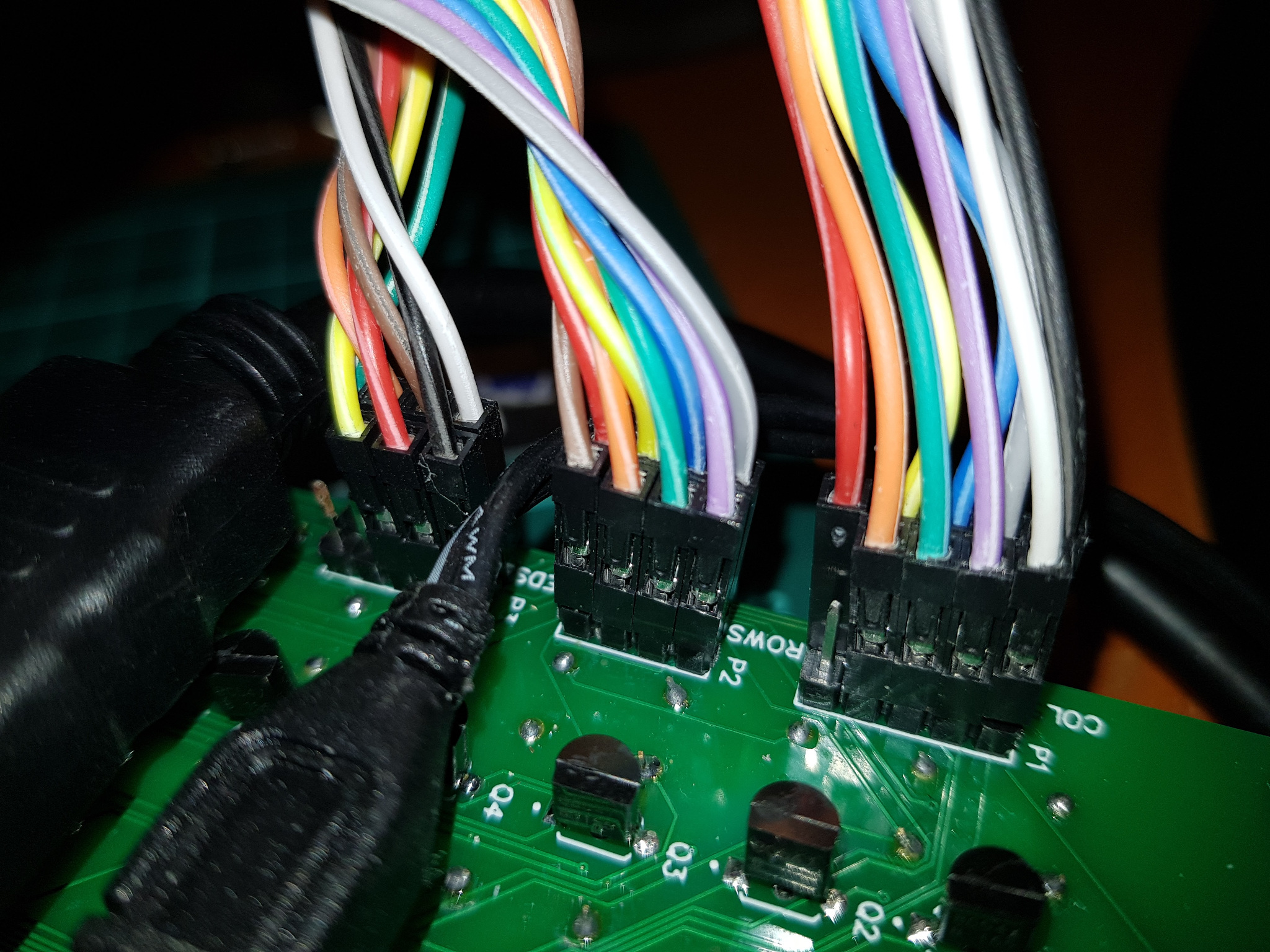 And this is on the Pi’s GPIO connector end: 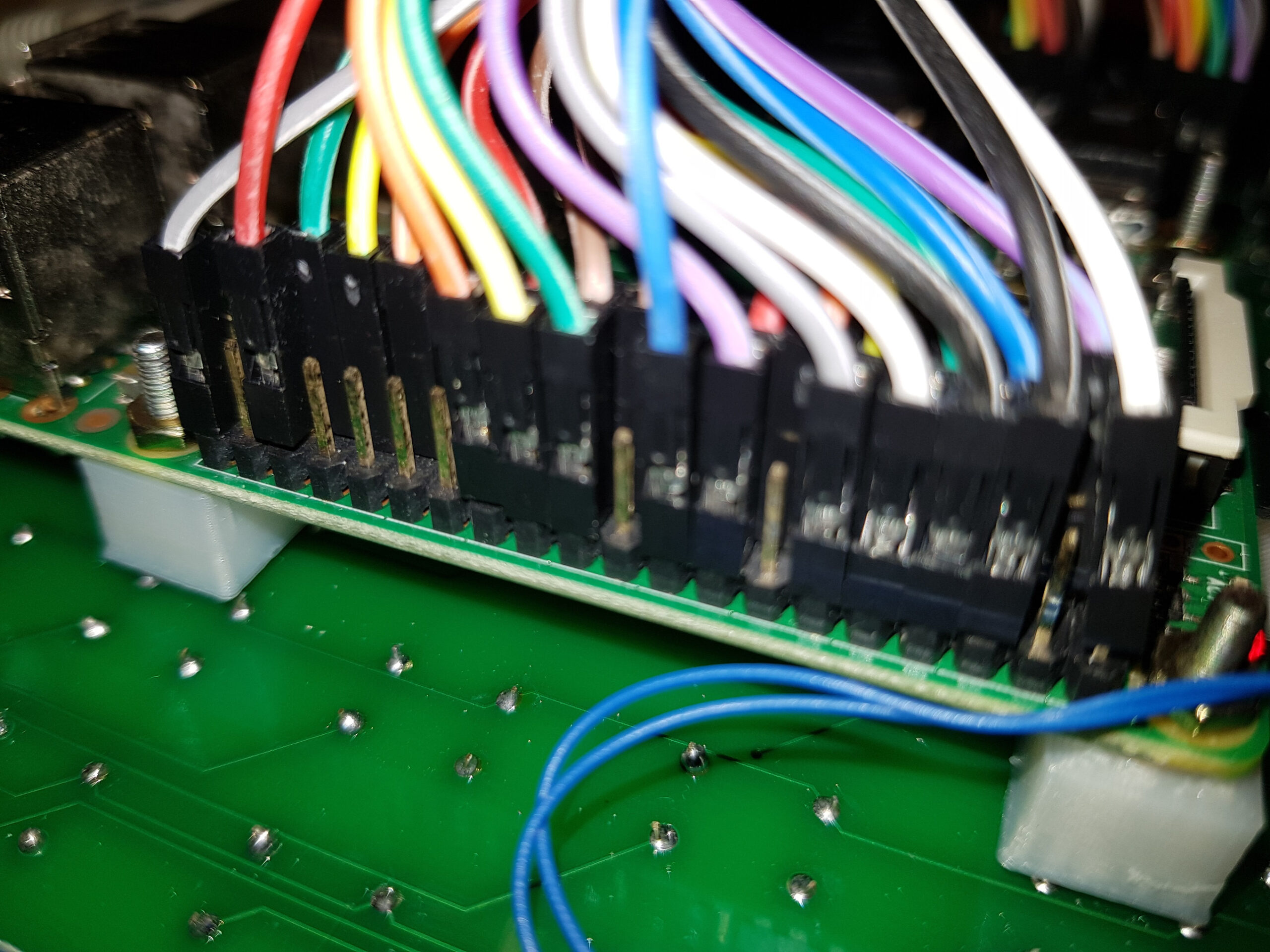 Update
I’ve done some work on the software to interface the display and also keypad to X-Plane.