Since upgrading the GPU, my flightsim PC runs quite hot as it is quite cramped inside. I decided to upgrade the casing to one with better airflow.

So much for thinking my PCs would get smaller in the next decade, this new one is even bigger than my main desktop PC! But it has three huge spaces for fans and a mesh cover in front, so it should run much cooler.

I transplanted all the components from the old PC to the new one. Struggled a bit with the power supply cabling (it is said that for hardware and automobile projects to be succeed on first try, they require a blood sacrifice), and only discovered later that one of the panels (which was in they way) can be removed for easier installation. The problem was I had folded the instruction sheet and the bit about removing the panel ended up underneath!

Just for fun I got some RGB fans … looks quite flashy and nice to show off with, but can be quite distracting for serious work (like staring at the screen while the plane flies on autopilot). Fortunately they can be turned off (just like with my keyboard, I appreciate having a backlight but I ended up turning off the flashy RGB features). My motherboard is too old to control the lights directly, but the fans came with a controller than has a remote control … much easier.

Haven’t had a chance to do a test flight yet. 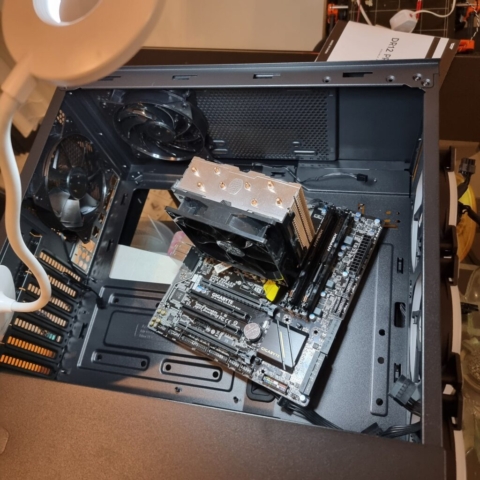 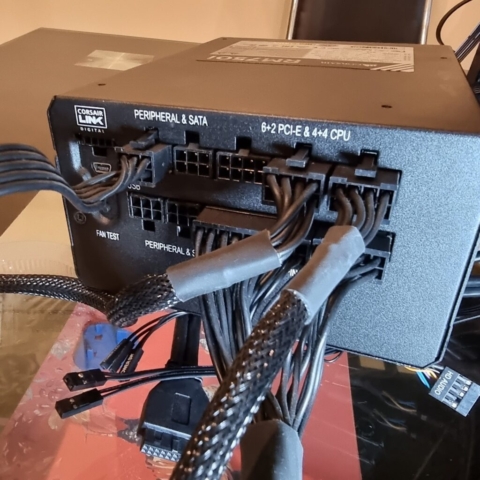 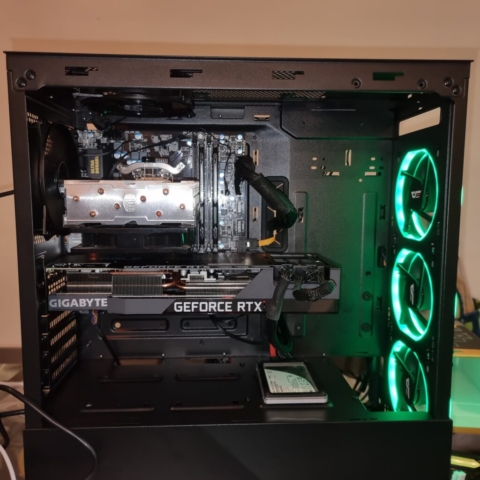