Over the years I’ve tried many different types of keyboard solutions for my HTPC, each wth varying levels of success (or rather failure). This one seems to be quite good though.

The Logitech K400 is a full sized keyboard (yay, no more thumb typing) but with a touchpad replacing the numerical keypad. For a HTPC you’re hardly ever going to need the numerical keypad (I’d argue it’s redundant even on a desktop PC for most people too). It’s still wide enough that it can sit comfortably between your lap when leaning back on the sofa.

The alternative to the touchpad, the wireless mouse, has limitations of finding a good surface to use it against when your on a sofa, so incorporating the touchpad into the keyboard is a really good idea. A wireless mouse is also something you usually have to reach out for (If it hasn’t gone missing yet), taking your hands away from the keyboard, whereas this is always conveniently at your fingertips.

It uses Logitech”s universal USB dongle, similar to the ones I use on my desktop and laptop wireless mouse. This sits, hardly noticeble, in the USB port of the PC. It works up to 30 meters, big enough for even the largest of living rooms. This uses Logitech’s own proprietary wireless protocol and appears to the PC as USB HID device, so unlike a bluetooth keyboard (yeah, I tried that too) this still works for setting up the PCs BIOS and stuff even before the Operating System has loaded. Ubuntu detects and utilizes it without any fuss.

It runs off 2AA batteries (included) and features a power switch so you can save battery power when not using it. It’s no Model M, but the plastic and the feel of the keys are quite sturdy and has a solid feel to it (better than the cheapest Logitech desktop keyboard I have). TIme will tell how it survives at the hands of a three year old.

The touchpad appears to support two finger scrolling, something that’s becoming popular on the newer multi-touch touchpads (my thinkpad x220 has it too). It also has volume keys which work fine on Ubuntu, and is something useful to have on a HTPC.

The downsides are minor:

* The arrow keys are embedded in the main keyboard cluster, and as +Kian Ming Aau will remind me, this is a bad bad thing. I’d agree with him if this was for desktop use, but for a HTPC you’re not going to use it that much, and after a short while (well typing up to there) I found it didn’t bug me much.

* It’s right-handed. I would prefer the touchpad on the left, but being in the 1/8th minority, it’s tolerable. There’s also bias in that the left button is larger than the right button, which gets less intuitive if your OS is setup for left-handed mice. I could simply un-switch them, but I’m not sure if I want the inconsistency with my laptop (where I sometimes use the touchpad but mostly use it with my wireless mouse on the left hand side).

Overall, after using it for the last hour or so and to type this post, I’m quite happy with it. It does make my TV useful as a desktop PC also, once I jab at control-+ to increase the font size in the browser.

You can read more about it here:

http://www.logitech.com/en-my/keyboards/keyboard/devices/wireless-touch-keyboard-k400
The model was launched about two months ago but seems to be sold out everywhere, I think I got the last unit not just at Sri but in the entire Lowyat plaza today. I paid RM129 for it, RM10 cheaper than the RRP. 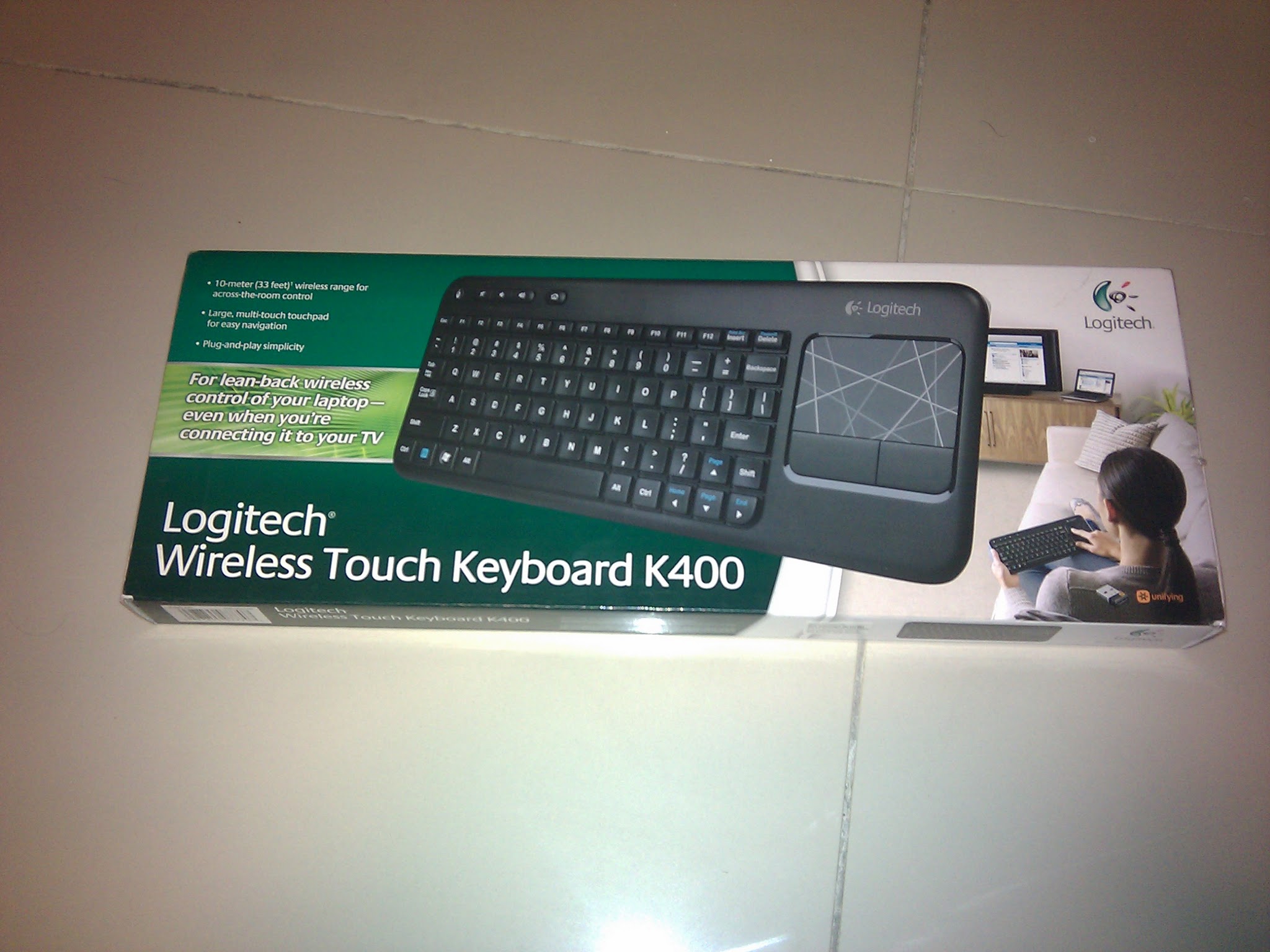 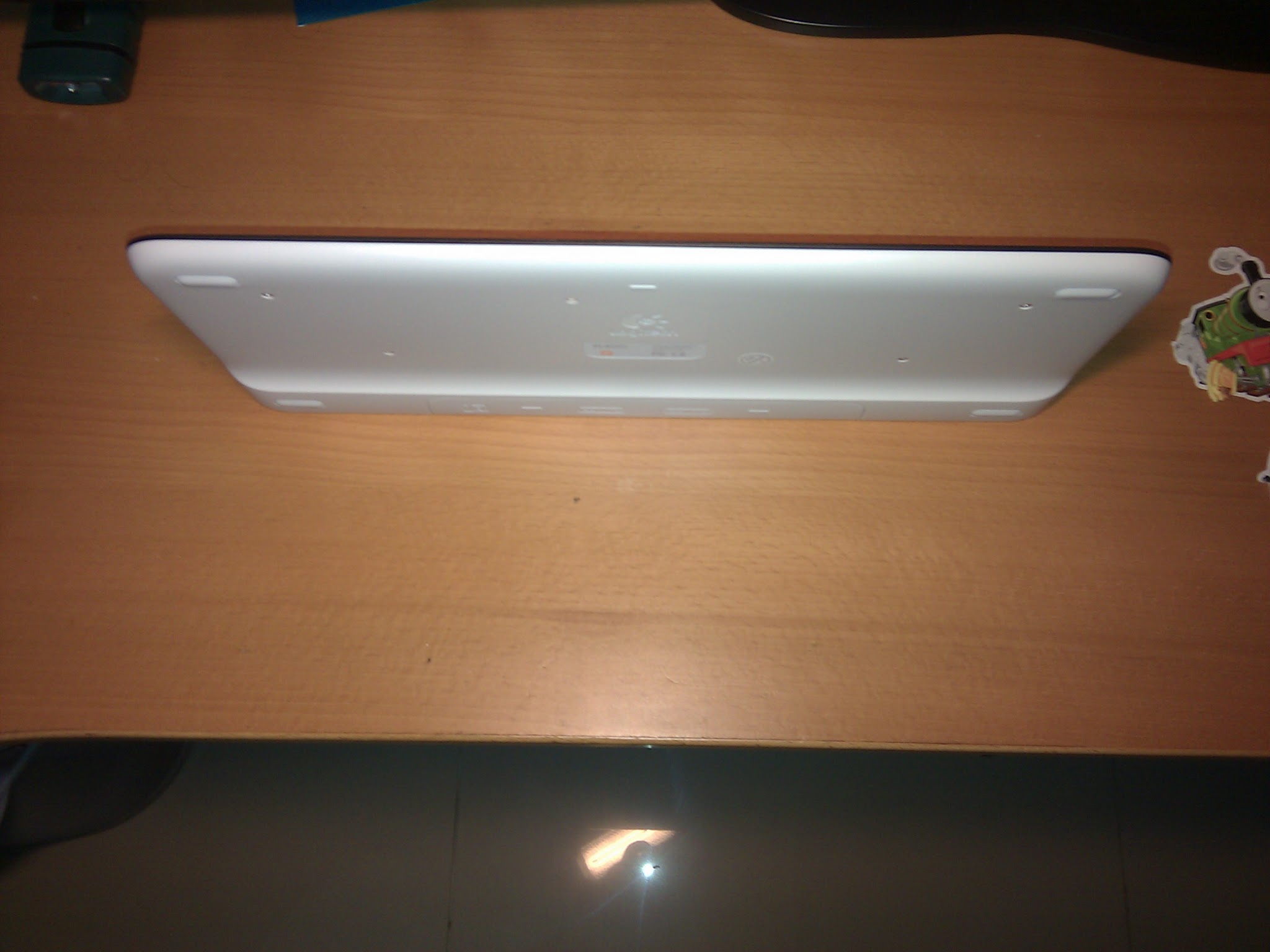