So there I was, driving home in the 156, minding my own business … when the music suddenly stopped. The deck wouldn’t respond, so at the next traffic lights, I yanked the unit out of the dock, and plugged it back in … and got this error message.When I took the car out again later, it worked fine. It’s either the disk dying, or the IDE cable giving problems … or worse, some dry solder joints on the connectors now showing their faults. Let’s see how much more frequent this gets.

The unit is a year 2002 Empeg (http://www.empeg.com/) … it originally came with a 10GB 2.5″ IDE hard disk, I upgraded the internal hard disk some time in the mid-2000s for a 40GB. I can probably dig up another disk somewhere, but if it’s the connector or mainboard, hmm.

I don’t know what I would replace it with if it dies… maybe this? http://www.androidpolice.com/2011/08/24/parrot-asteroid-the-worlds-first-android-powered-car-unit-launches-this-october-for-349/ 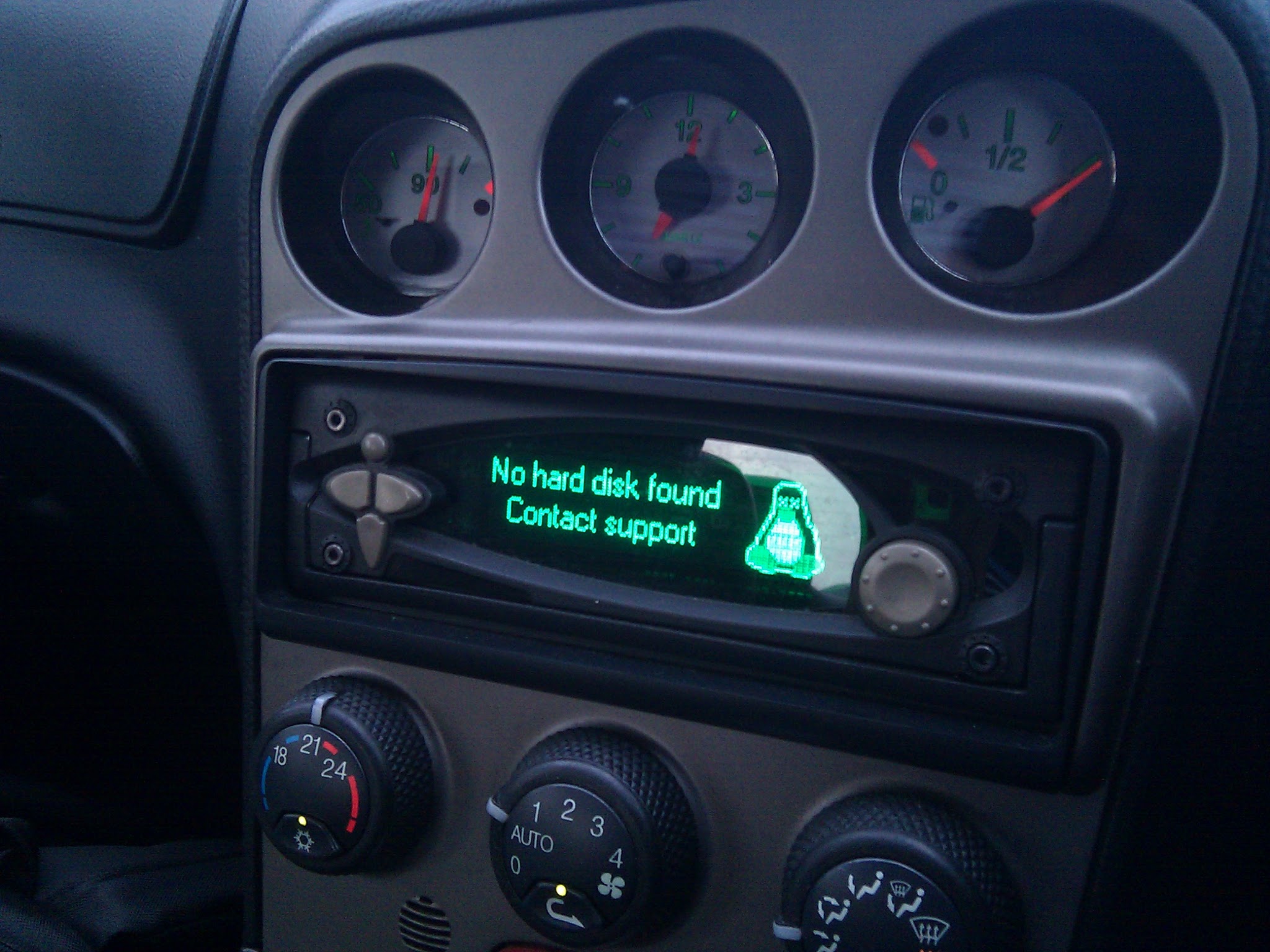