Ordered this USB to TTL/RS232/RS485 converter on 6 September … it’s only arrived now, 2 November. Almost two months. It’s postmarked 9 September in China, so likely was stuck in Malaysian customs.Package appears to have been opened for inspection, although there isn’t a “opened for inspection” stamp is on it.

Now left with one more ebay order … which was order 15 August! I think can give up on that one. 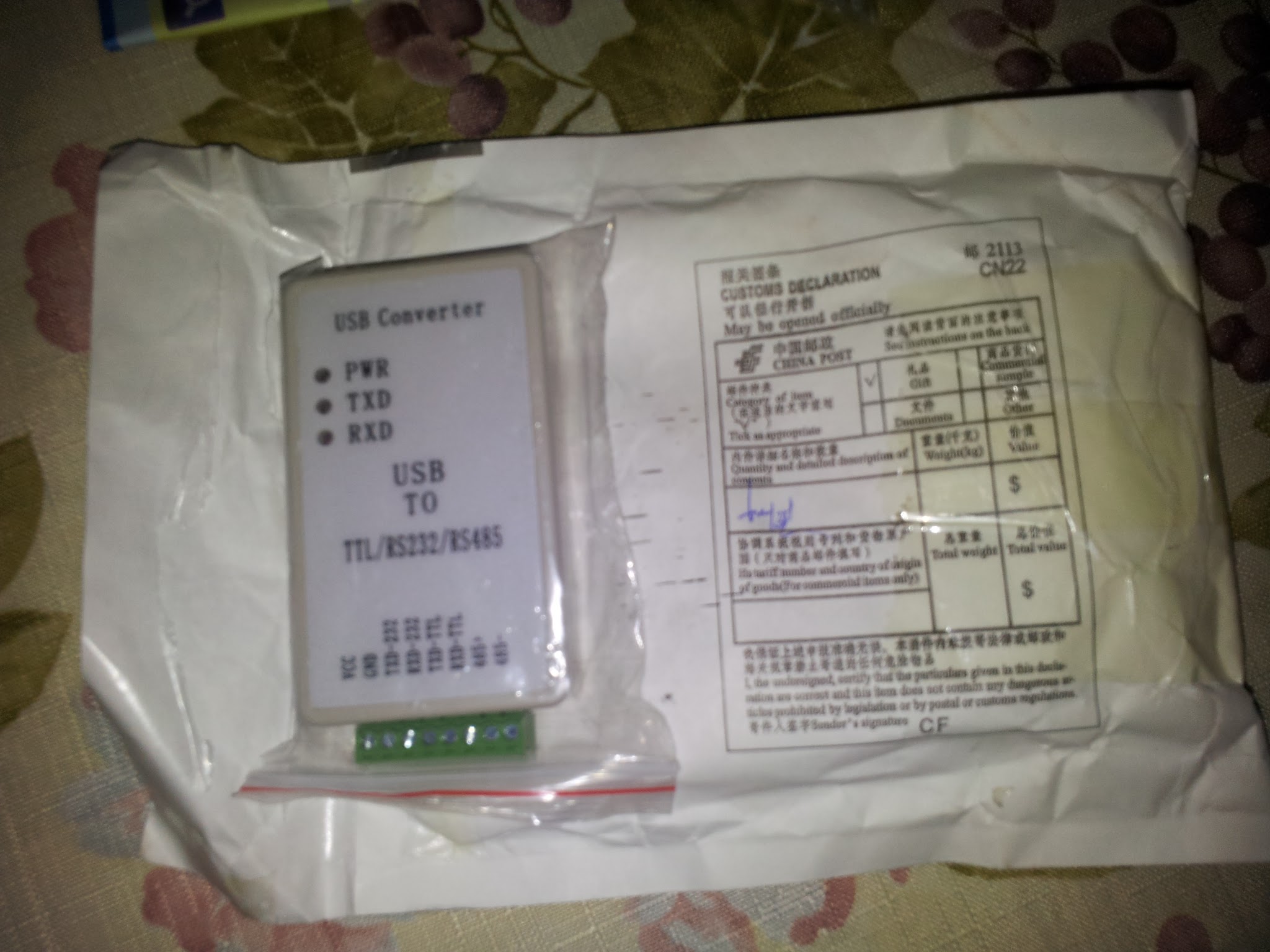