So it was Saturday night and there was an Ubuntu Update …

So it was Saturday night and there was an Ubuntu update that required a system reboot, and I thought what the heck I might as well power off my PC, since I wasn’t likely to be using it the next day either. Not sure what possessed me to think of such thoughts as I’ve not switched of the PC for over a year, since I built it (http://goo.gl/muwYV5).Well … Monday morning I switch it on … and nothing happens. No click, whirr or blue light. Toss away all the work to be done and start troubleshooting:

1. Checked the power switch with a continuity test across the header … OK
2. Did the ATX PSU test by shorting the PWR.ON and GND connector on the ATX connector … nothing happens. At the very least, the PSU Fan would come on when this is done. So … it looks like I need a new PSU.

It was 4pm and rush hour today would be even worse due to the “buka-puasa” traffic, so after breaking fast, I dashed off to PJ Digital Mall (roads were empty! even the Federal Highway!)  and got a replacement PSU.

Connected it up, and PC is back in business! Which means I have to start doing work again tomorrow. 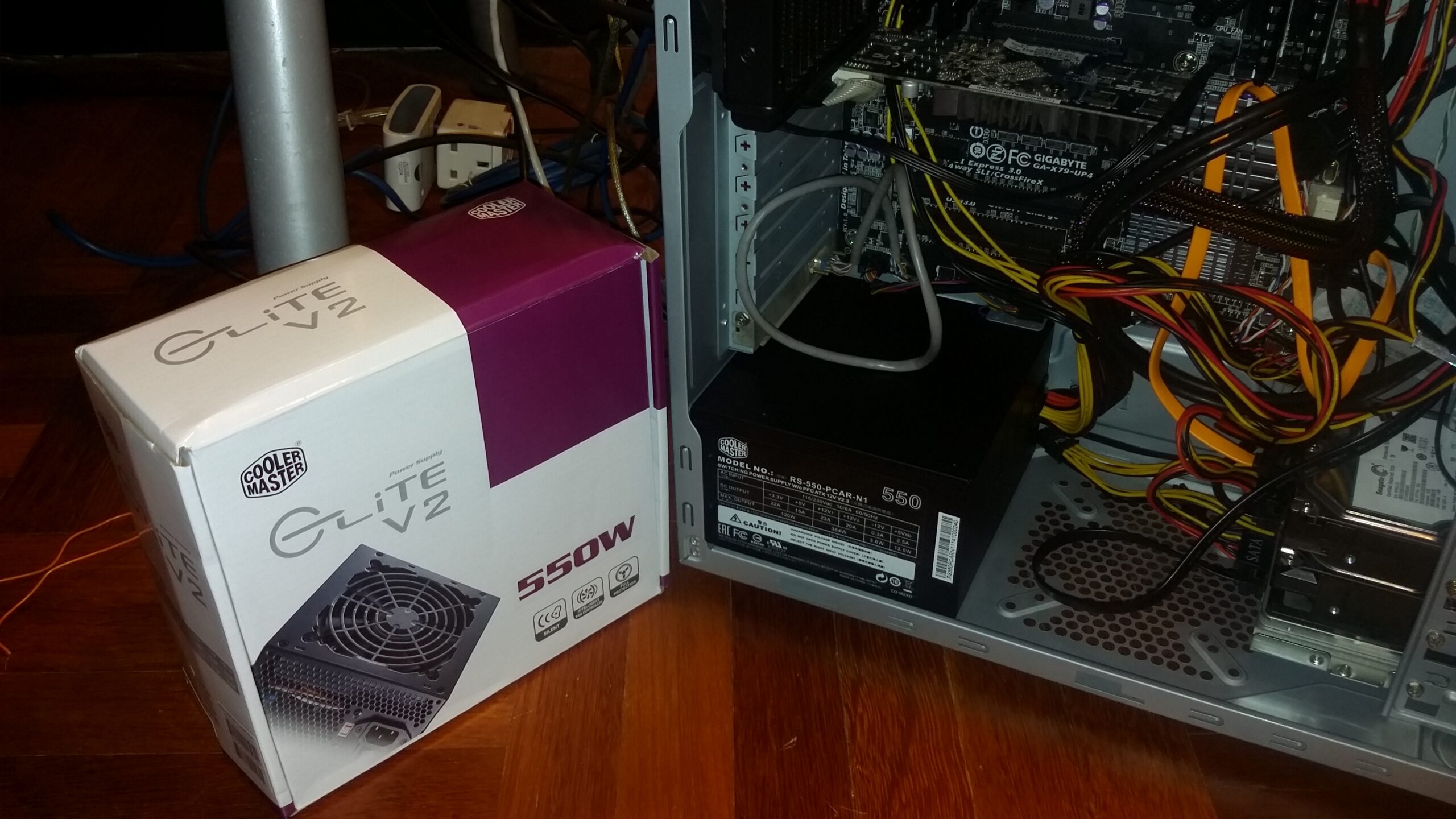