Months ago, I bought a portable electronic scale of eBay. I figured it would be extremely handy for weighing luggage so as not to exceed the allowance.

I bought a second one from the same vendor for a friend, that arrived ok. Also my father-in-law saw mine and liked it, so I gave it to him and ordered another one, on 20 Oct. However, this third unit never showed up. Since it was kind of cheap (RM20-ish including shipping) I put it down to bad luck and wrote it off.

Today … surprise surprise, it was delivered, a good two months since i ordered it. Looking at the custom stamp on it, I suspect it was sitting in the customs office here and got “lost” somehow.

Anyway, this one is a slightly different model, with a metal ring at the top instead of a strap. It also has a blue backlight which serves more to gobble up battery power. It has a “soft” power switch, which means there’s probably some current drain, and the battery won’t last forever in storage. But it feels more “solid” than the previous unit.

If you want one, you can place your order from mingming-store2009. 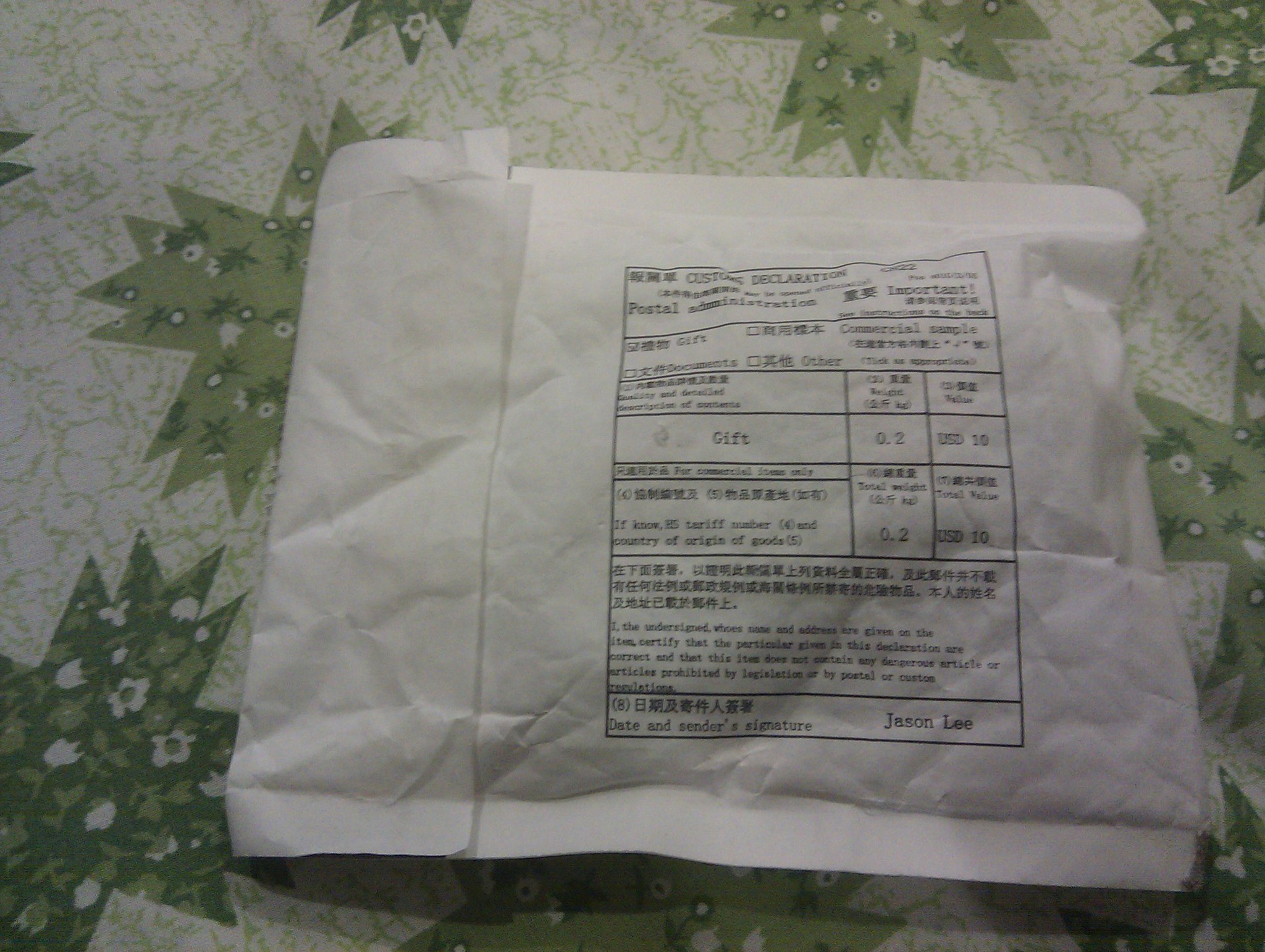 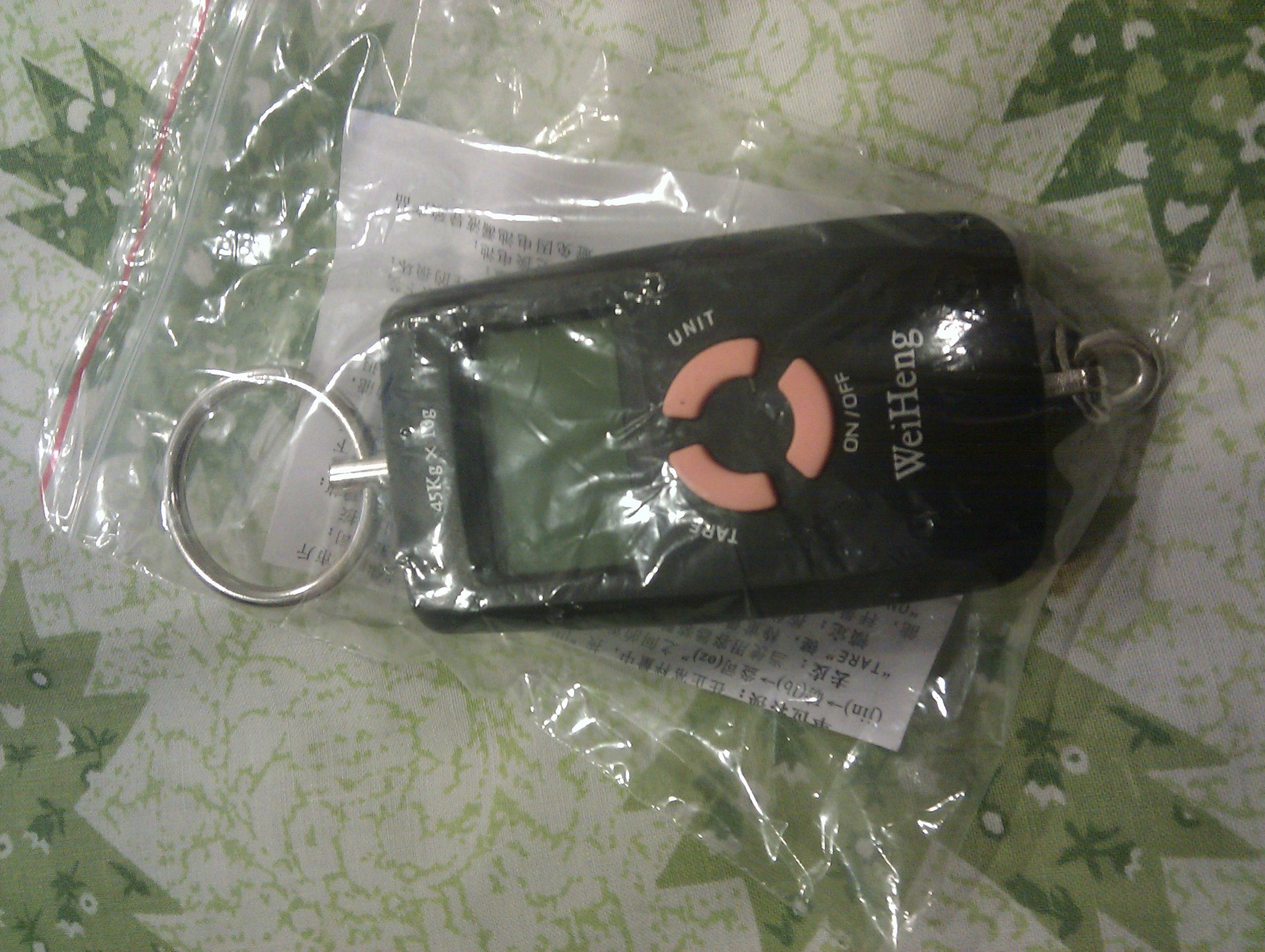 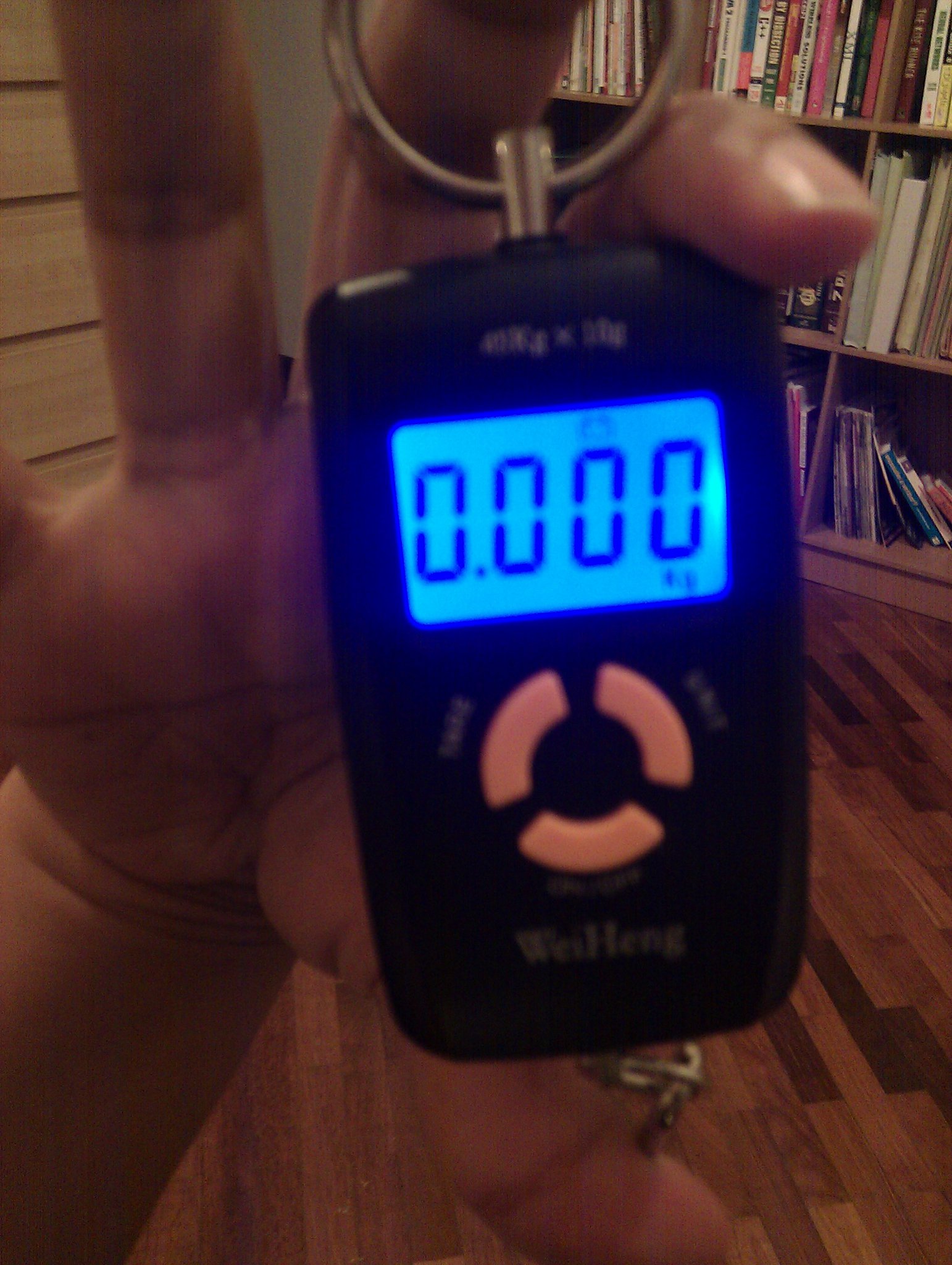