So there I was leaving for the client’s place bright and early (not quite), streets were mostly empty, should be a nice drive, but no … something was not right. power? gearbox? suspension? It took me all the way to the toll booth before I realised there was an unfamiliar sound (as opposed to one of the many familiar sounds) coming from the car …

After a bit realised it felt like it was coming from the rear of the car, and I could not just hear it, but feel it too when my foot was off the accelerator and the car was coasting.

Flat tyre? The car didn’t handle much differently, and usually some friendly passer by would have flash their lights at me if I was running on a flat tyre. Anyway, I stopped by the R&R and took a loot at all four tyres, and they were all fully inflated. hmm …

I took a closer look at the rear passenger side tyre … ooh!

A bloody big one too. Big enough that it was holding the air in, so I figured I could still drive a way off and have it fixed. Nearest exist was Kota Damansara, and I stopped at the nearest tyre shop I could find.

This is what I found: 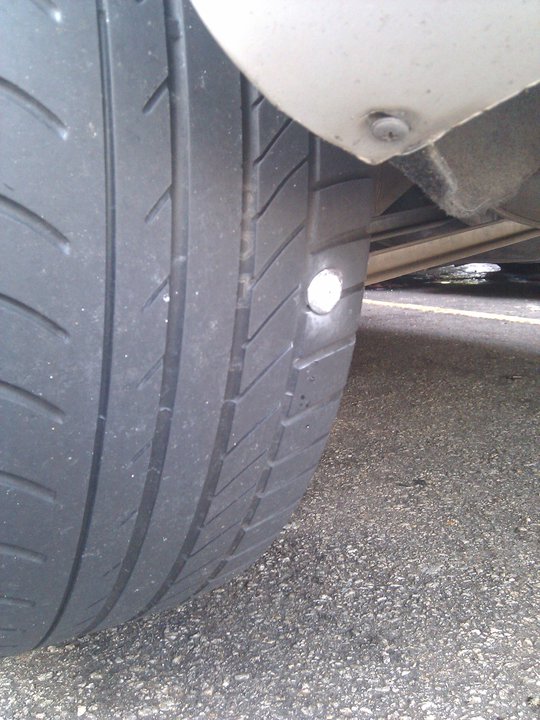 If you think that’s bad … this is what came out: 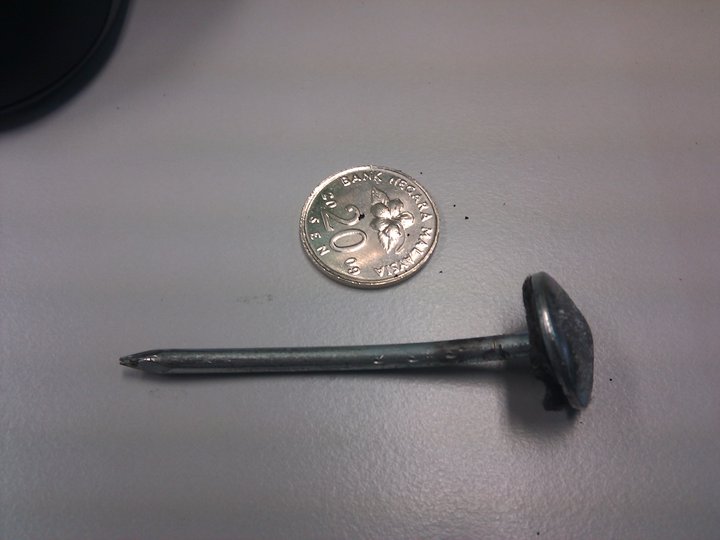 Hmm … Tyres probably need to be change pretty soon too. Anyway, I got it patched for RM5 and was on my way again.